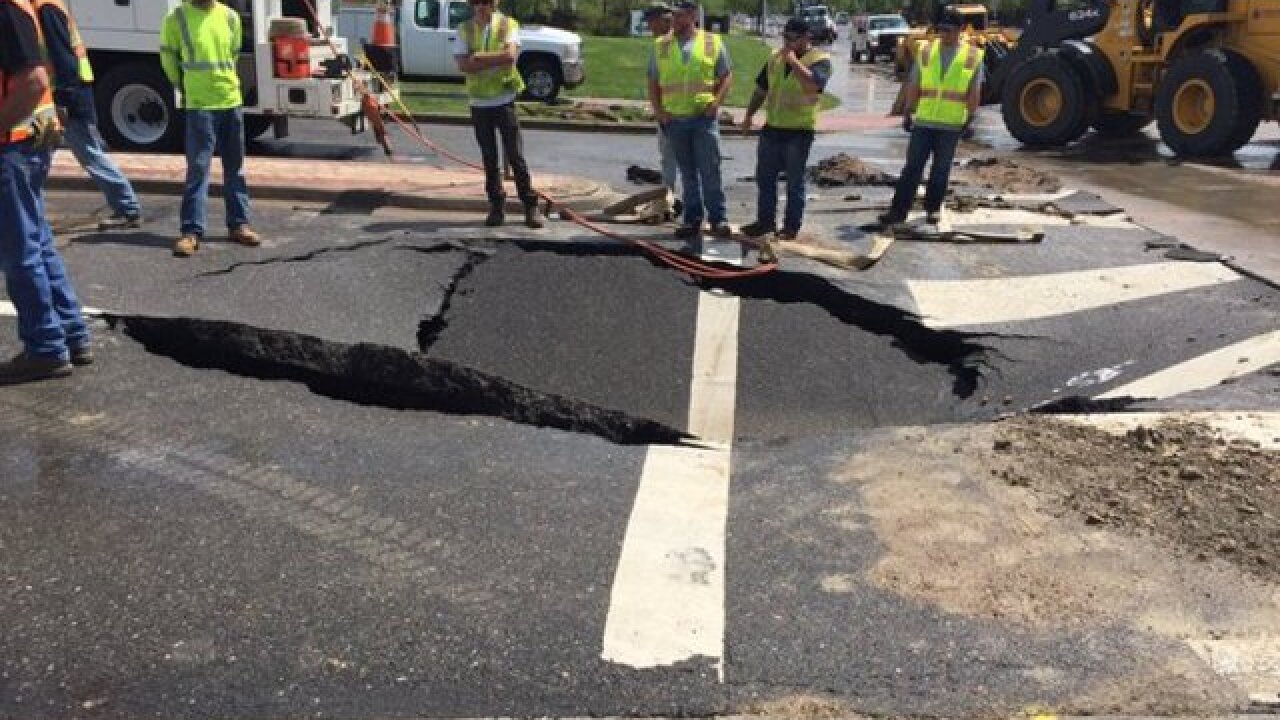 A section of the street buckled and collapsed after a water main break in Broomfield Tuesday afternoon.

The water main break at Sheridan Boulevard and East 9th Avenue was first reported by Broomfield Police around noon.

Northbound Sheridan is closed between East Midway Boulevard and 9th while utility crews are working to repair the water main break.

It could take 24 hours to fix, according to David Alan, Director of Broomfield Public Works.

No one is without water because of the break, Alan told Denver7 News.