Parks and Wildlife: Colorado Springs woman picked up injured bobcat, placed in car next to child 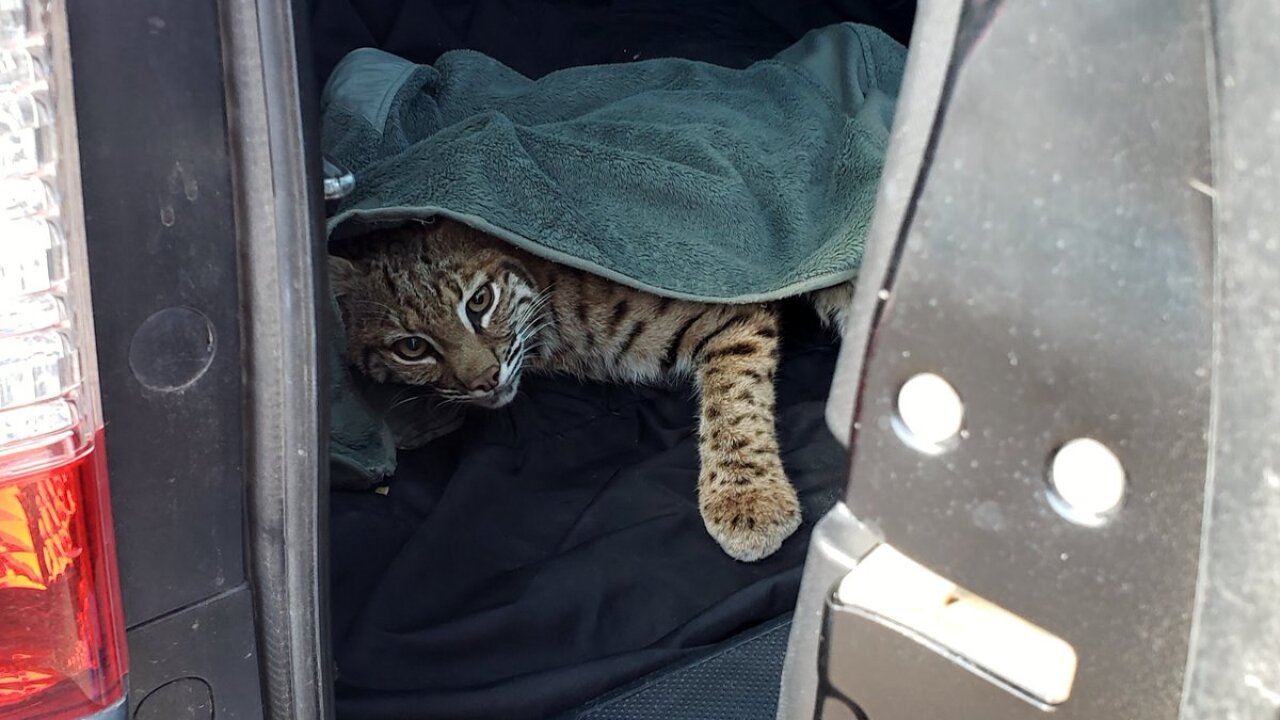 COLORADO SPRINGS, Colo. – Colorado Parks and Wildlife officials are warning people not to touch wildlife after a Colorado Springs woman picked up an injured bobcat and put it in her car along with her child on Wednesday.

See this bobcat? Notice its large teeth? Imagine the claws within its big paws. A #ColoradoSprings woman picked up this injured wild cat and put it in her car where her child was seated! NEVER PICK UP WILD ANIMALS. She was lucky. Please call @COParksWildlife and let us handle. pic.twitter.com/ZbhlnmRwdH

CPW said the bobcat was mortally wounded and was too injured to react to the woman picking it up and putting it in her SUV. But they issued a terse warning.

“No one should EVER try this,” CPW tweeted. “This could have been tragic.”

CPW advises people to call them if they spot injured wildlife and to never pick up any wild animals.

This is the sight that greeted @COParksWildlife officer Sarah Watson when she responded to a call about an injured bobcat on Wednesday. An unrestrained wild bobcat in the back of an SUV under a blanket. A child's car seat was just feet away. NEVER PICK UP WILDLIFE! pic.twitter.com/x8GXL0zvNv