Parker driver convicted after hitting motorcyclist, looking at her body, fleeing the scene 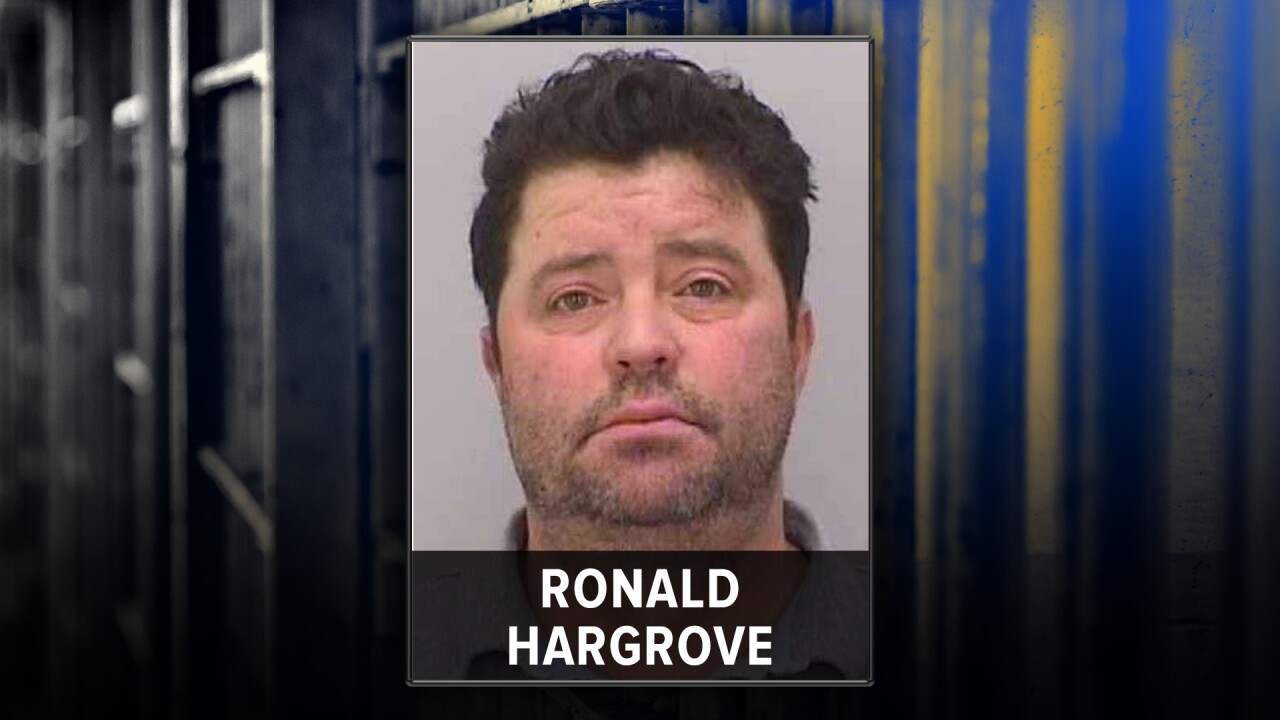 DOUGLAS COUNTY, Colo. — A jury in Douglas County convicted a 49-year-old man of two felonies after he struck a motorcyclist, got out of his car to look at her and then fled the scene.

Ronald Hargrove, of Parker, was convicted on March 22 of leaving the scene of a fatal crash and vehicular homicide by reckless driving, according to the 18th Judicial District Attorney's Office.

On Oct. 12, 2017, Suzanne Weston, 69, of Parker, was riding her motorcycle single file with three other motorcyclists in the northbound lanes of U.S. 85 in Douglas County. All of the riders moved into the left turn lane and slowed to wait for a green light at Colorado 67 in Sedalia. Weston was last in line.

As they waited, Hargrove, who was driving a 2010 Dodge Ram pickup northbound on U.S. 85, approached from behind. He drove from the right line to the left turn lane, cutting off witnesses in other vehicles, before hitting Weston, according to the district attorney's office. Hargrove continued driving off the right side of the southbound lanes, through a ditch and onto the frontage road.

When his truck came to a stop, Hargrove got out of his car, looked at Weston and got back into his truck before continuing to drive down the road, according to the district attorney's office.

Witnesses caught his license plate number and Hargrove was pulled over and arrested by a Douglas County deputy a short time later.

Hargrove admitted that he had fled from the crash because he had open warrants for his arrest, according to the district attorney's office.

His driving privileges in Colorado were suspended at the time.

Weston was transported to the hospital, but did not survive.

“After driving into another human being and mortally wounding her, Hargrove got out and looked at what he had done,” said District Attorney George Brauchler. “Confronted with the decision to be humane and choose personal responsibility over self-preservation, this gutless man put himself above the victim he made and the law. He then insisted a jury of his peers force responsibility on him. And they did.”

Hargrove will be sentenced May 28.