Today is Take Our Daughters and Sons to Work Day 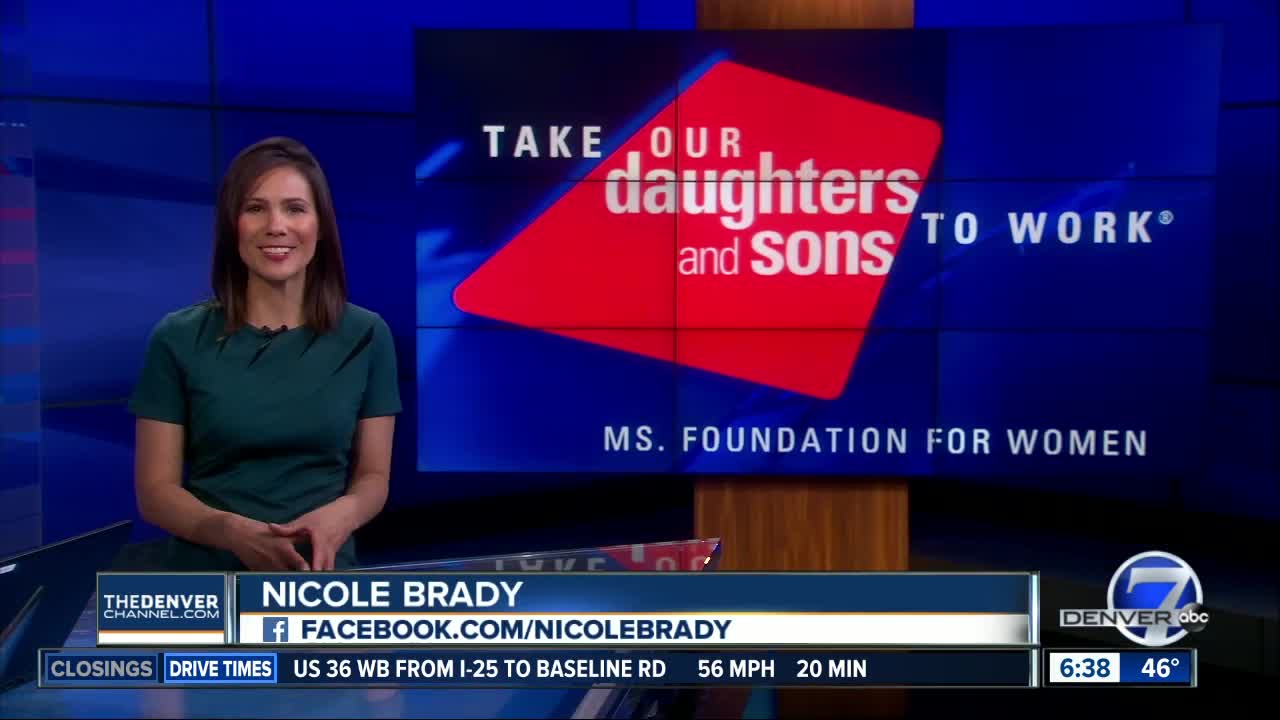 Thursday is Take Our Daughters and Sons to Work Day, which was created to expose the next generation to future opportunities and show them the importance of education.

Thursday is Take Our Daughters and Sons to Work Day, which was created to expose the next generation to future opportunities and show them the importance of education.

"Children get to see what the world of work looks like... and also get a sense of how people work together in a variety of different settings," said April Peterson, assistant director of career services at Metropolitan State University of Denver.

Peterson said bringing children to the office is a great way to show them the variety of jobs within a workplace. But data shows there are certain fields that offer more opportunities than others.

Some of the growing sectors in Colorado and around the country are engineering, energy, health care, financial services and tourism. Jobs in those industries appear on the Bureau of Labor Statistics (BLS) most recent list of fastest growing occupations.

On the other hand, certain industries offer fewer prospects for the future. Positions are being consolidated, outsourced, or replaced by new technologies. The BLS compiled data on the fastest declining occupations.

Peterson says Metropolitan State University of Denver is adapting their programs to these changes, for example, offering a program in convergent journalism.

"They're really trying to pull in more multimedia aspects of the journalism experience, because how do we all really get information? Even our newspaper is in email now," she said.

As for preparing the next generation for future careers, Peterson said it's great to expose them to opportunities, while recognizing the jobs of the future may not exist right now.

"So we're looking at what’s important to them, what's going to be meaningful for them, what kind of impact would they like to have on the world, and start to explore those possibilities," she said.