Overdoses killed more Coloradans in 2017 than any year on record, and opioids aren't the only issue 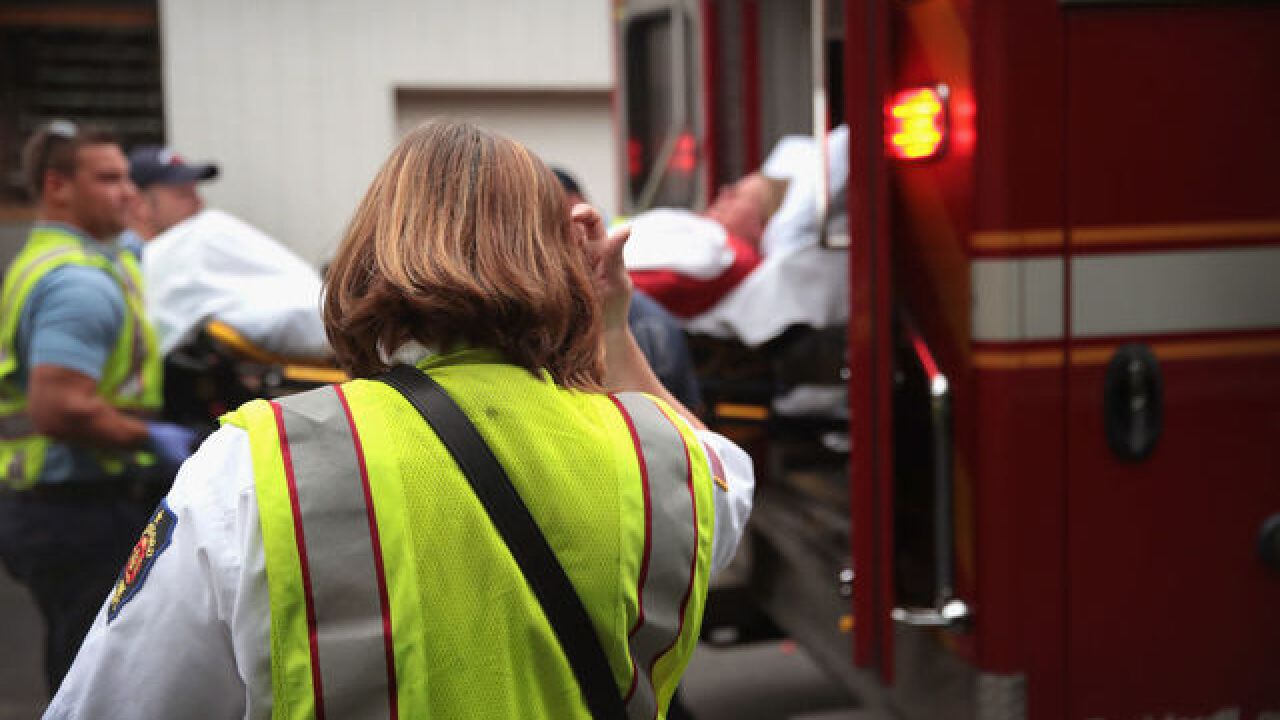 2017 Getty Images
Scott Olson
<p>ROCKFORD, IL - JULY 14: Firefighters transport an overdose victim to a hospital on July 14, 2017 in Rockford, Illinois. The woman was found on the floor of the hotel room where she lived after taking an overdose of prescription medication and alcohol. Rockford, a city of about 150,000 located in northern Illinois, averages about 2 overdose deaths per week, most which are heroin related. Nationwide, an estimated 60,000 people in the U.S. died from drug overdoses in 2016, more than gunshots or traffic accidents. (Photo by Scott Olson/Getty Images)</p>

DENVER – More people in Colorado died of drug overdoses in 2017 than any other year in history, according to new preliminary data from the state’s Vital Statistics Program.

And while opioids continue to be the main contributor to the rising death rate, methamphetamine overdoses surged in 2017.

The data, which is not yet final, shows that 959 people died of drug overdoses in 2017. Both the total number of deaths and the age-adjusted rate of 16.7 deaths per 100,000 people were the highest in state history.

The number of deaths caused by opioids in 2017 also rose again to the highest levels in state history after a hopeful, though slight, downturn in 2016. Preliminary data shows 357 people died of opioid overdoses – up from the 300 who died in 2016 and from the previous record high of 338, which happened in 2014.

And though the number of deadly heroin overdoses was down slightly from 2016 – 213 in 2017, compared to 228 in 2016 – the number of methamphetamine overdoses exploded this year, and fentanyl overdoses were at their highest-ever levels as well.

Seventy-four people died of overdoses related to fentanyl – up from 49 people in 2016 and from the state record high of 56 people in 2014.

The number of deaths tied to certain drugs could also be even higher than reported, as 137 of the deaths did not specify which drug caused the overdose.