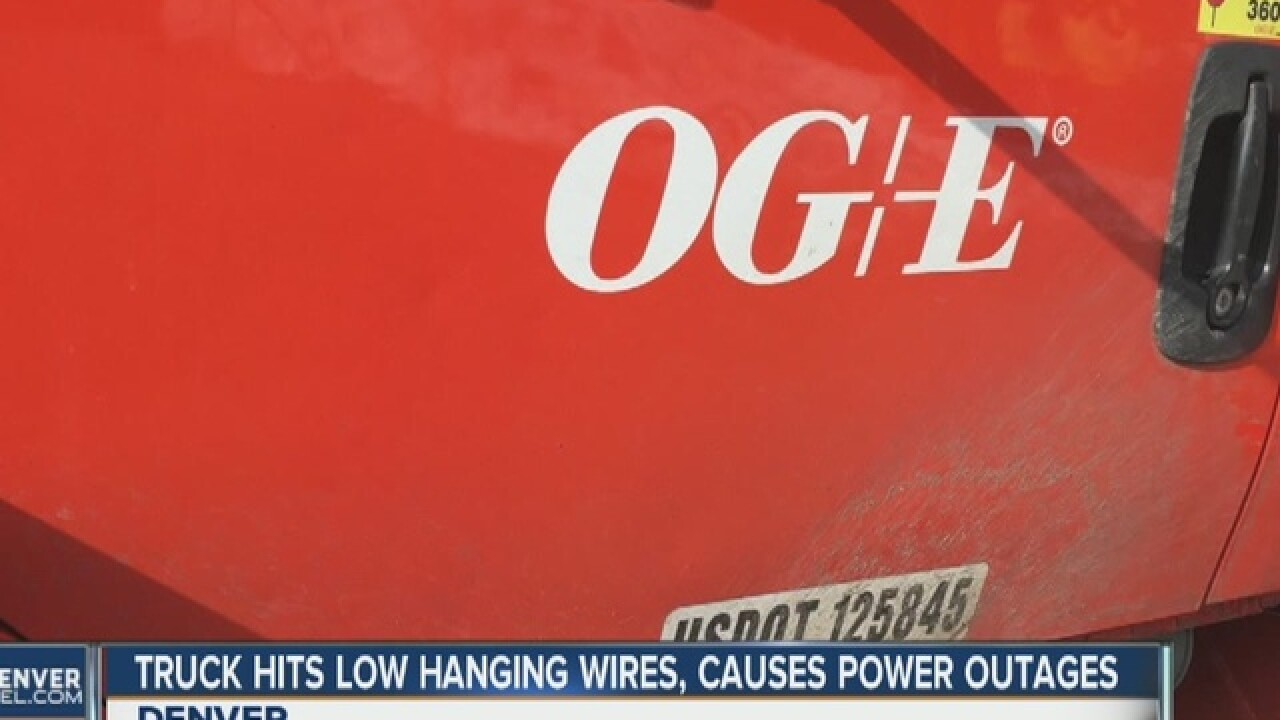 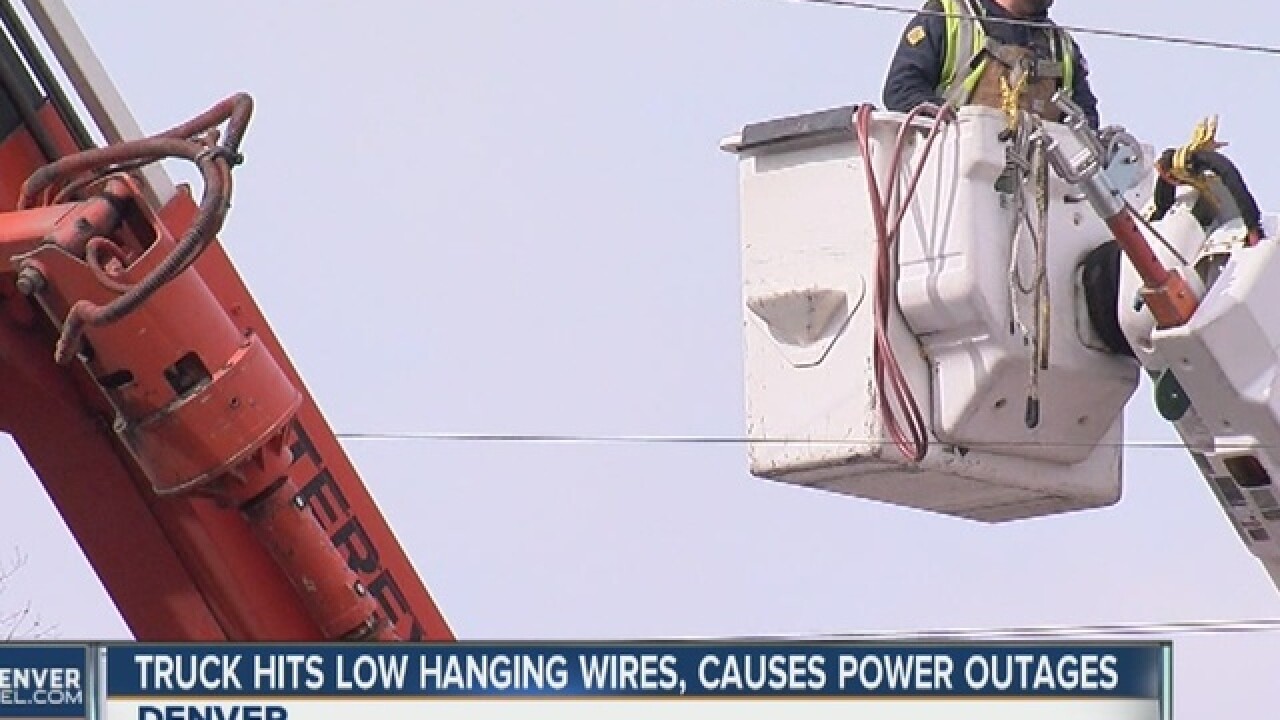 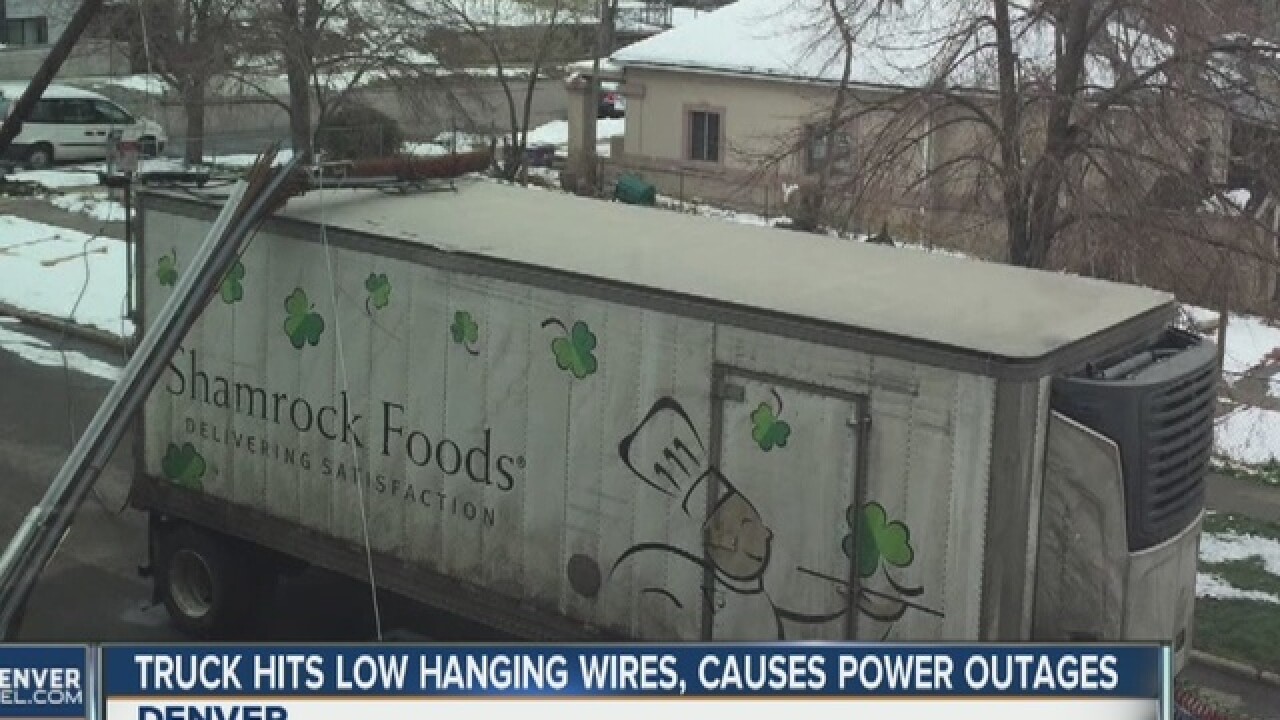 Nearly 400 residents, who live near 33rd and Shoshone in Denver’s Highlands neighborhood, were without power for several hours Saturday afternoon, after a Shamrock Food Truck hit some low-hanging wires and pulled them down.

The mishap knocked three power poles off kilter and sheared off a Comcast pole.

Repair crews were there in a flash.

“I came home right after it happened and they were already hard at work,” said Alex Katich. “They’ve been working non-stop since.”

What was unique about the repair job is that it wasn’t an Xcel crew doing it, it was a crew from Oklahoma Gas & Electric.

The OG&E crew came to Colorado to help Xcel after Wednesday’s big blizzard.

A supervisor said they were just returning the favor.

The supervisor described it as a “mutual aid” of sorts, noting that big storms can cause big damage.

“It think it’s terrific,” said Josh Burbank, an employee at Jezebel’s Southern Bistro and Bar at 33rd and Tejon. “Otherwise we’d be losing the entire night.”

Burbank said that with power out for several hours, they couldn’t prep for the evening, or for Easter Sunday.

“Easter is one of our busiest mornings,” he said.

“It’s a kind of teamwork you don’t really see very often these days,” he said. “I’m happy to hear that.”

Denver 7 has learned that lending a hand is a fairly common trait in the power industry, because Mother Nature can be quite destructive at times.

Last Wednesday, Xcel spokesman Mark Stutz told Denver 7 that crews from Kansas, Oklahoma, Texas and New Mexico would be coming to Colorado to help restore power to areas hard hit by the blizzard.

Residents in the Highlands say they’re glad Xcel’s neighbors were here to lend a helping hand.