Orkin: Denver among 10 most rat-infested cities in the United States 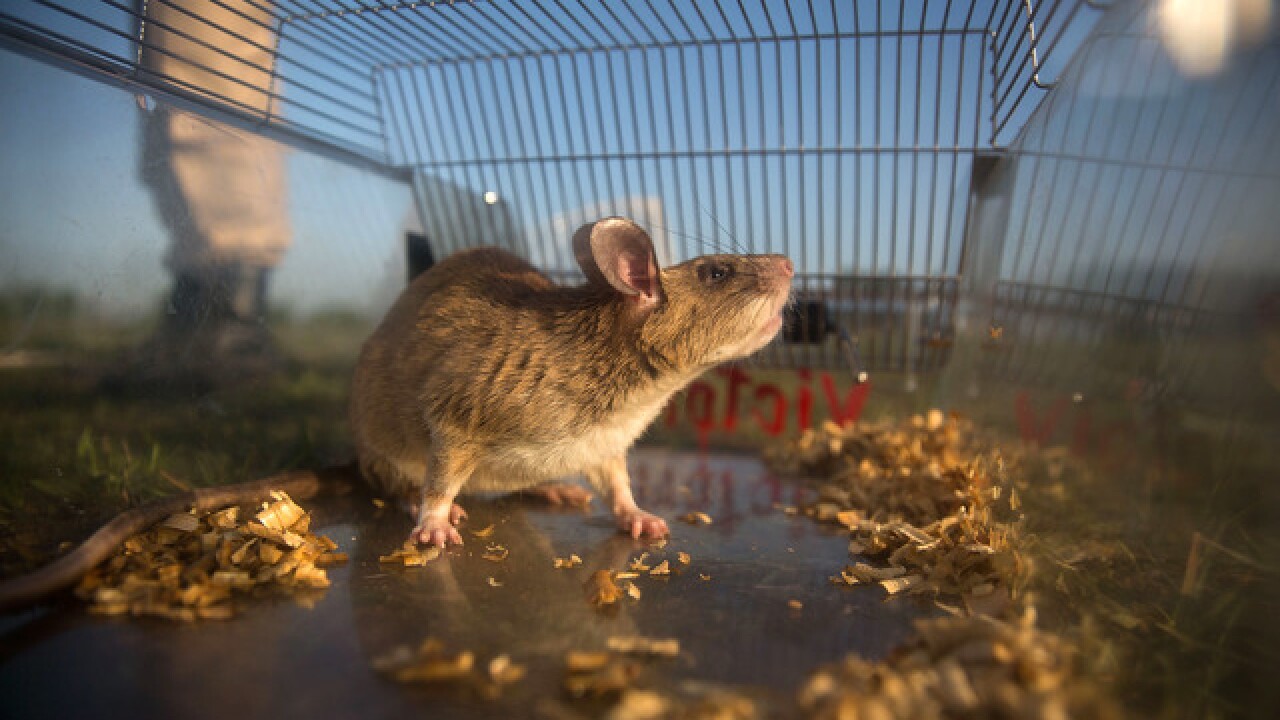 Copyright 2018 Scripps Media, Inc. All rights reserved. This material may not be published, broadcast, rewritten, or redistributed.
Taylor Weidman
<p>SIEM REAP, CAMBODIA - JULY 02: A mine detection rat looks out of it's cage before training begins on July 2, 2015 in Siem Reap, Cambodia. The Cambodian Mine Action Center (CMAC) working with the Belgian NGO APOPO has recently begun testing the feasibility of using large mine detection rats from Tanzania to help clear fields of mines and unexploded ordnance in one of the most bombed and mined countries in the world. (Photo by Taylor Weidman/Getty Images)</p>

A new report lists Denver among the most rat-infested cities in the entire country.

According to pest control company Orkin, Denver is the 10th “rattiest” city, moving up one spot from last year’s list.

The ranking is based on the number of new residential and commercial rodent treatments performed between Sept. 15, 2017 and Sept. 15, 2018.

For the fourth year in a row, Chicago landed in the top spot on the list.

Here are the most rat-infested cities, according to Orkin:

According to Orkin, rat and mouse infestations often increase in the colder winter months as the rodents move indoors in search of warmer areas where food and water are easy to come by.

To read the full report, head over to orkin.com.