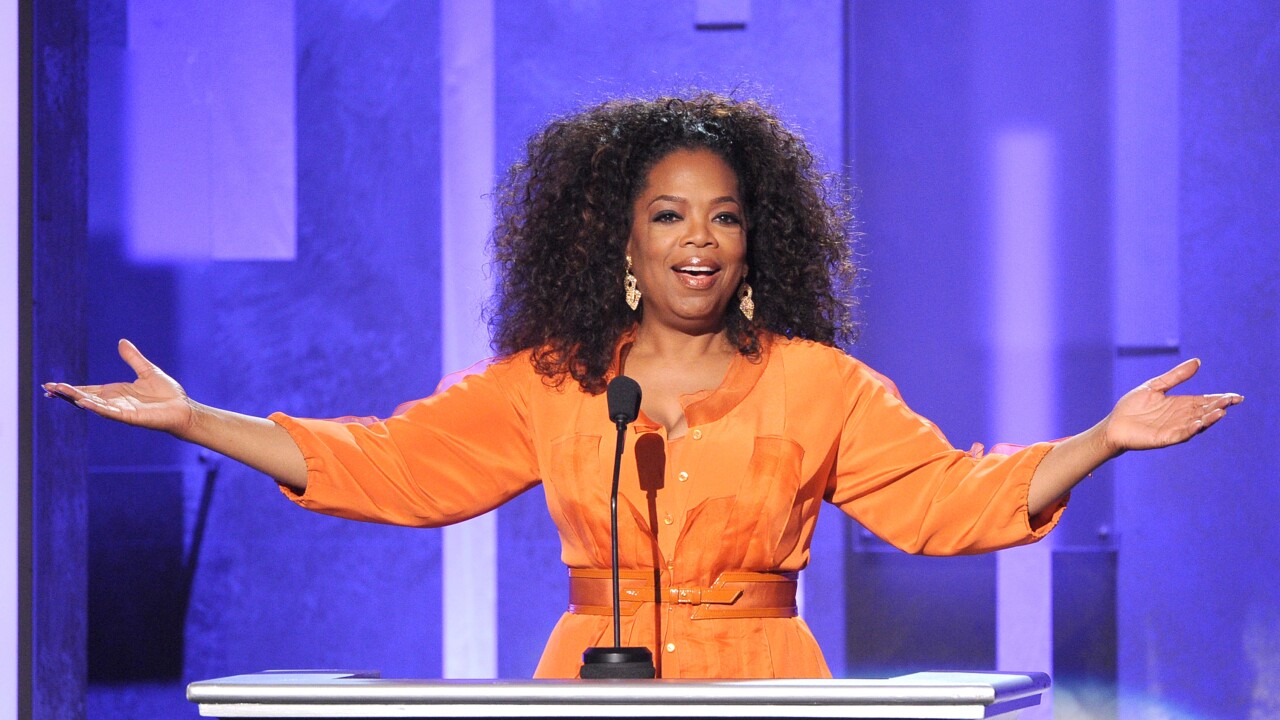 LOS ANGELES (AP) — Oprah Winfrey is taking her motivational spirit on the road early next year with an arena tour to promote a healthier lifestyle.

The former talk-show host and OWN television network chief announced Wednesday that the "Oprah's 2020 Vision: Your Life in Focus" tour will begin Jan. 4 in Fort Lauderdale, Florida. She is working in conjunction with Weight Watchers Reimagined to offer a full-day of wellness conversations during the nine-city tour.

It's her first national tour in five years. She has been to Canada and Australia more recently.

Along with high-profile guests, Winfrey said she wants to empower audiences to tap into their potential. The names of her guests will be released at a later date.

"What I know for sure is we can all come together to support a stronger, healthier, more abundant life — focused on what makes us feel energized, connected and empowered," Winfrey said in a statement. "As I travel the country, my hope for this experience is to motivate others to let 2020 be the year of transformation and triumph — beginning first and foremost with what makes us well. This is the year to move forward, let's make it happen in 2020."

Winfrey has held other successful speaking tours, including "Oprah's The Life You Want Weekend" in 2014. "Oprah's Life Class" was a show.

During her upcoming tour, Winfrey will talk about her wellness journey with attendees and help develop their 2020 action plan. She will also share the latest in wellness research and interactive workbook exercises.

Each tour stop will feature Winfrey in a one-on-one interview with a celebrity guest.

"This is an extraordinary opportunity for (Weight Watchers) to do what we do best: bring communities of people together with a shared goal of health and wellness," said Mindy Grossman, president and CEO of WW (Weight Watchers Reimagined).

Over $1 million from tour proceeds will benefit Weight Watchers Good, a philanthropic area of the organization to help bring fresh and healthy food to underserved communities.