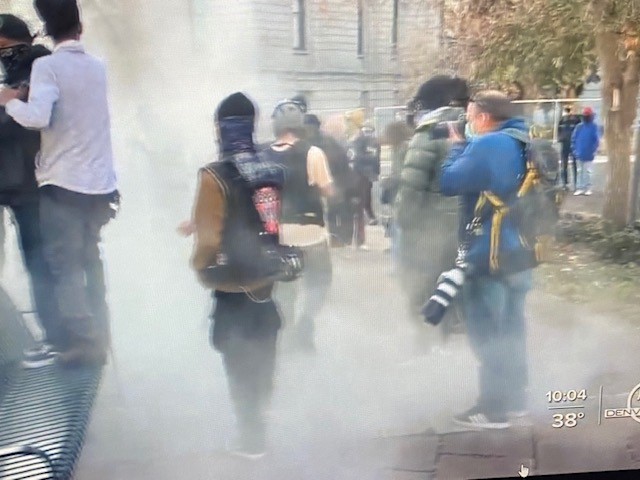 Police made two arrests following some dueling rallies at the State Capitol. 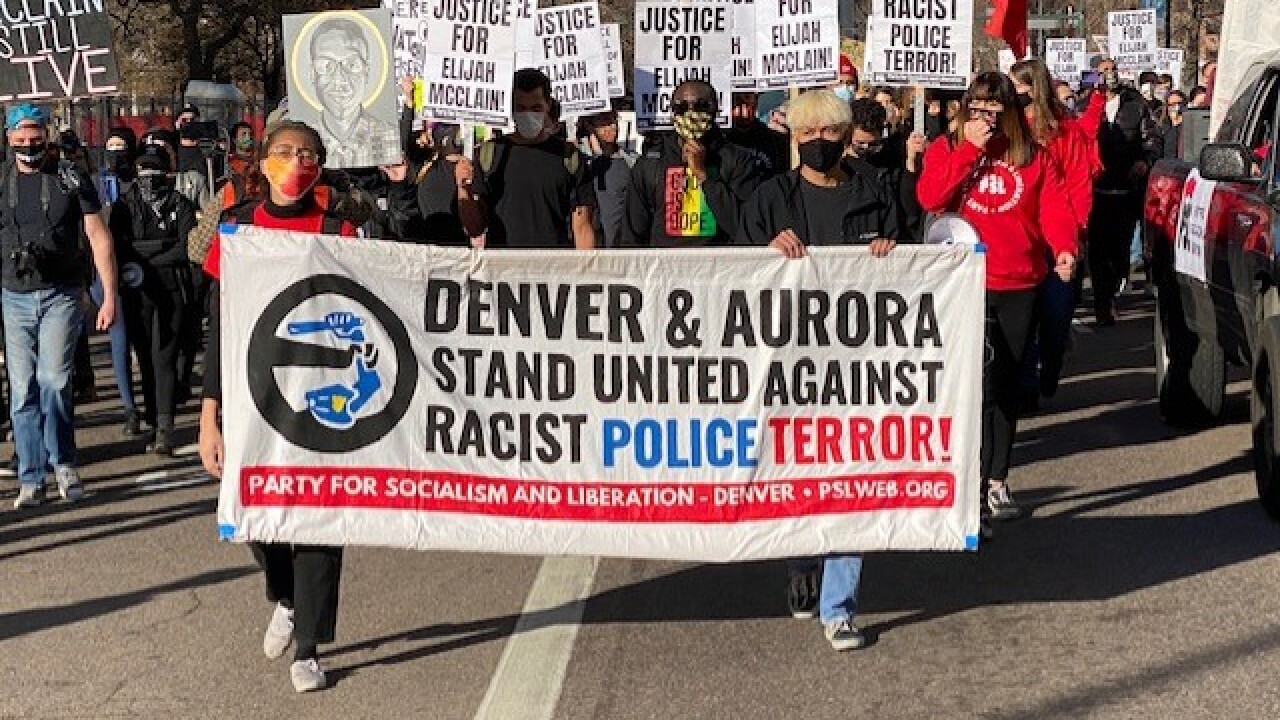 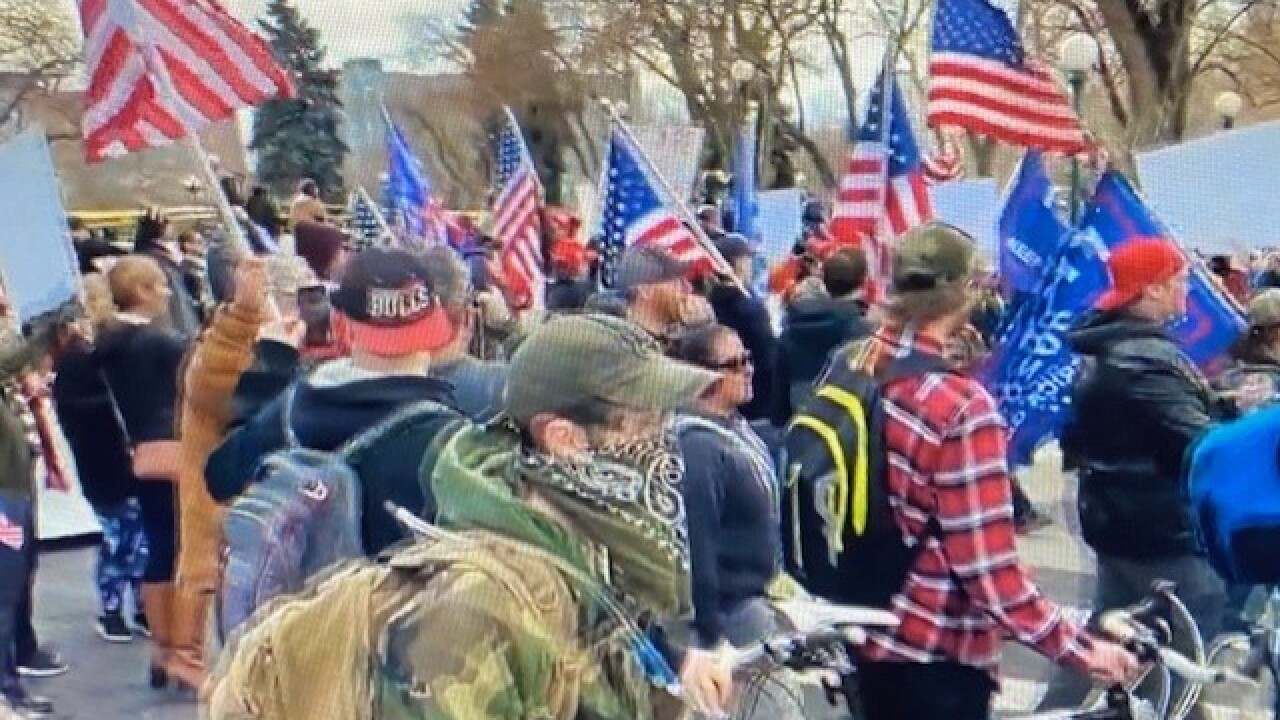 DENVER -- Police arrested two people Saturday in the midst of dueling rallies at the State Capitol.

Both groups took to the streets. Both seeking justice.

One group wants Aurora police officers and firefighters held accountable for the death of Elijah McClain.

"Today marks 447 days since they murdered that boy," said Terrance Roberts, co-founder of the Frontline Party for Revolutionary Action.

The other group, which supports President Trump, wants more focus on the election, which members claim was "stolen."

"Why do we have mail-in ballots," said one Trump supporter. "Why won't they purge the voter rolls?"

There were some tense moments before and after the marches.

Someone set off a smoke device near a police line separating the two groups, on the east side of the Capitol.

It caused some alarm, momentarily, until protesters realized it wasn't pepper spray or tear gas.

The McClain Movement planned its rally after learning that Governor Polis quietly adjusted the wording on his executive order launching the state's investigation into McClain's death.

They say the word change could result in "watered down" charges for the people involved.

"Even when these cops are caught on camera, even when it's blatant that they strangled or put a knee on someone's neck, or shot someone in pajamas, it is nearly impossible to get these cops convicted," said Lillian House of the Party for Socialism and Liberty.

"These people who want to defund police have no clue," said Stacey, a Trump supporter who asked that we only use her first name.

Stacey said police helped turn her life around. She had been addicted to drugs.

"Those who want to defund police have no clue about that side of the world," she said. "They don't know how evil and violent it is. I do."

Many opposing marchers have a different experience.

Lillian House and Terrance Roberts were arrested last September for their protest action.

Roberts said, "We don't fear the specter of repression because we are already repressed. We can take the pressure. They can't. That's why they came after us, and that's ultimately why we're going to win."

Denver Police said two people were arrested Saturday. One for reckless endangerment, one for interference.