One snowstorm moves out, another moves in: What to expect from Colorado's Tuesday-Wednesday storm

Another 6-12" possible along Front Range 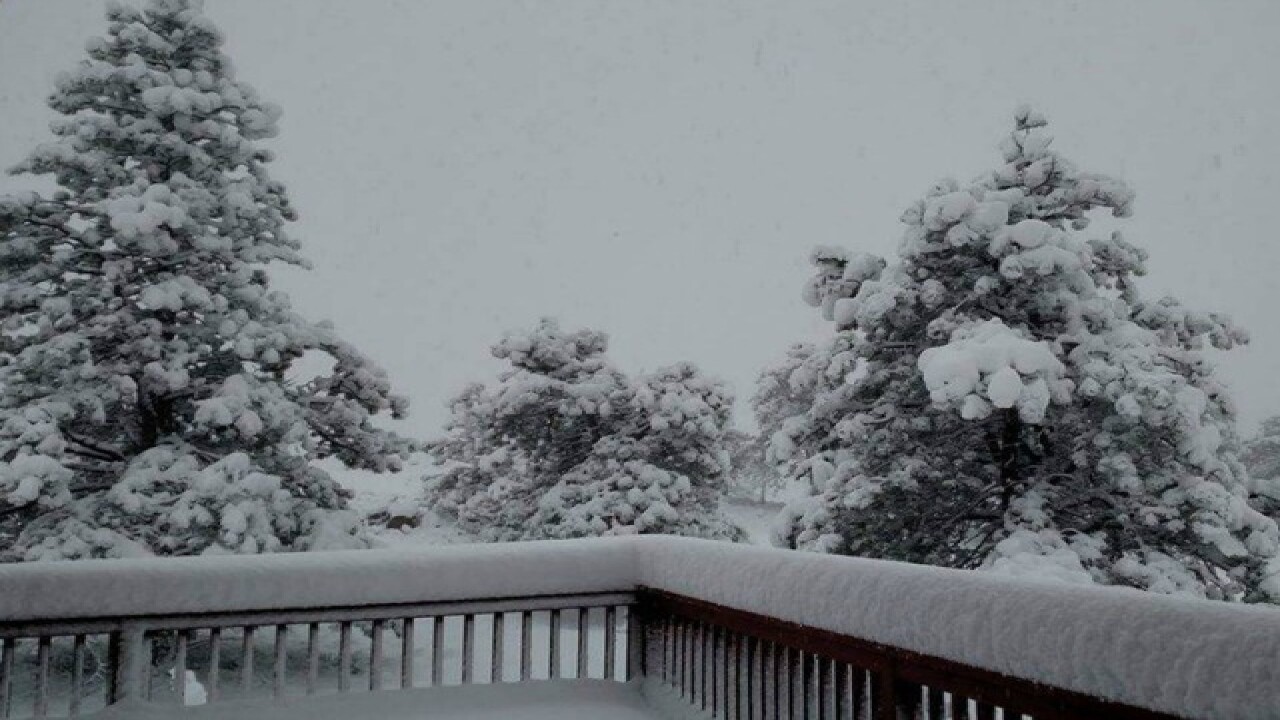 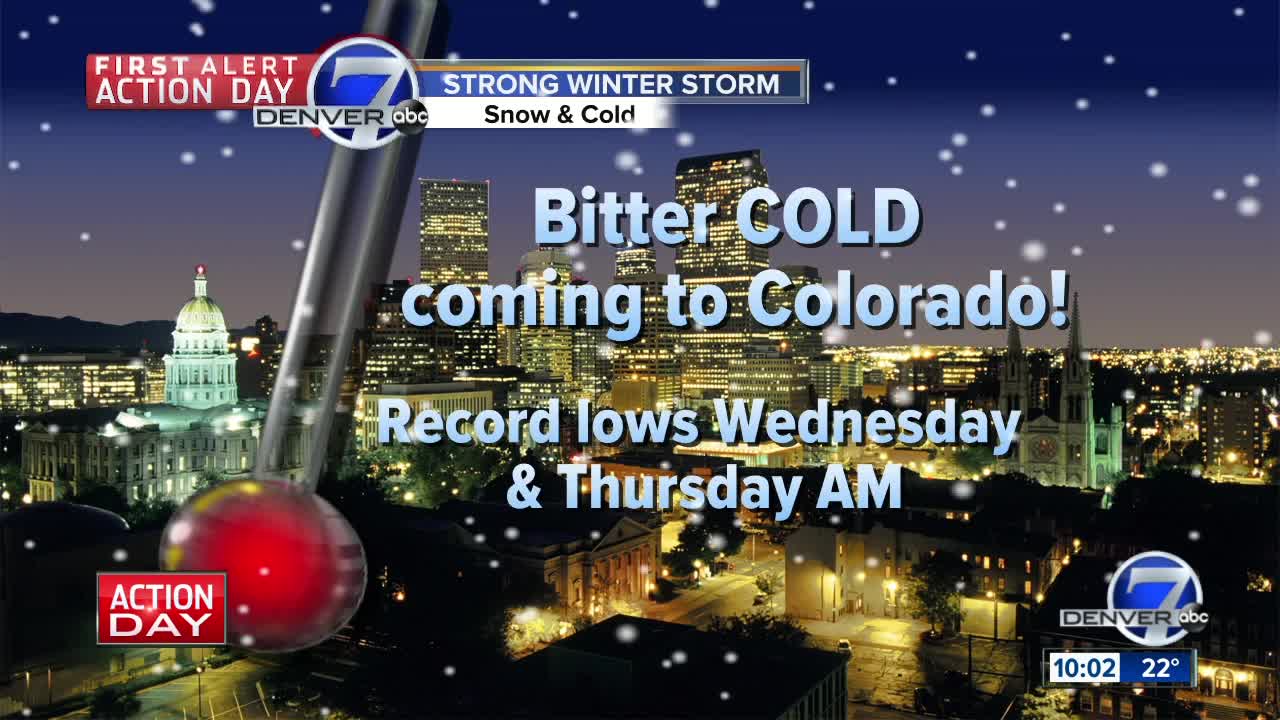 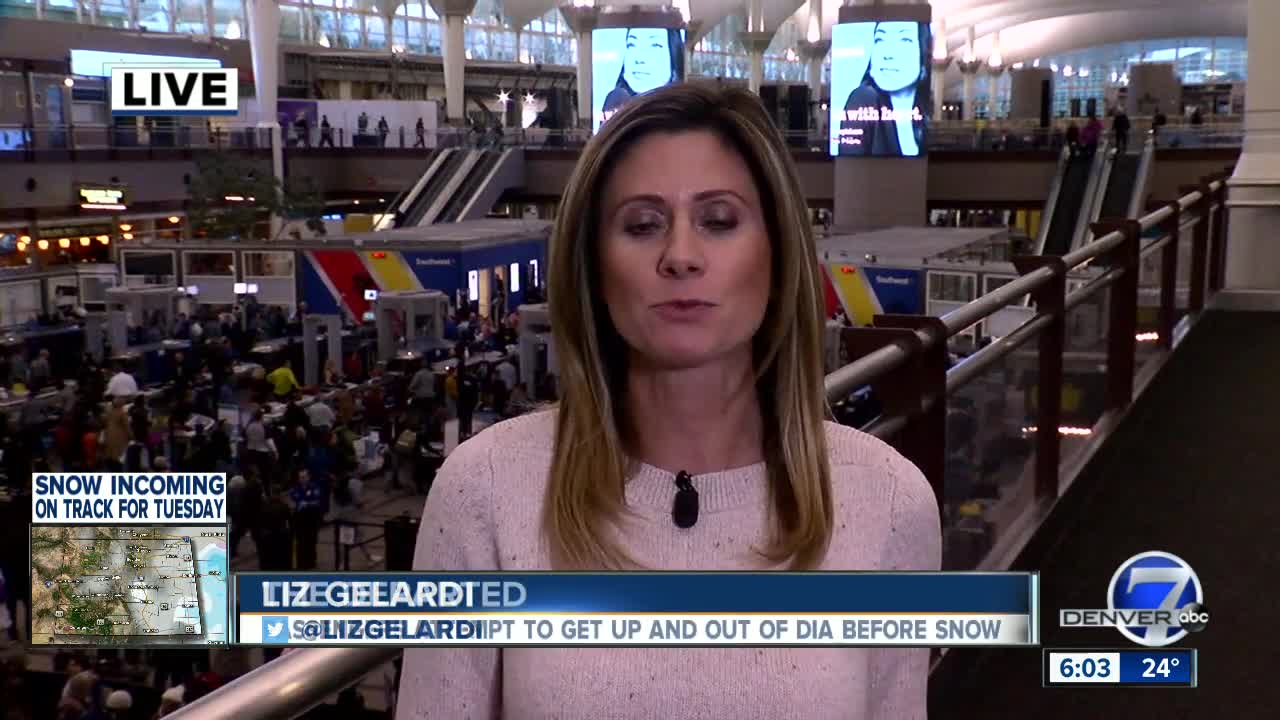 UPDATE (Tuesday 10 a.m.): We have a new forecast up for Tuesday and Wednesday on what people should expect from this snowstorm. Click here for the latest.

DENVER – If you thought the snow was over after the sun started peeking out from behind clouds Monday following nearly 24 hours straight of snowfall, you’d be wrong.

Initial forecasts issued Monday call for moderate to heavy snowfall across much of the state Tuesday morning through Wednesday morning with another 6-12 inches possible along much of the northern Front Range, including Denver and the metro area. The National Weather Service later updated these number — the Front Range, foothills, northern and central mountains would likely get 8-16 inches and the plains will get 6-12 inches.

Light snow started falling early Tuesday, coating the roads and creating slick conditions as drivers made their way to work.

Denver and other areas along the Front Range saw 4-7 inches of snow in the Sunday-Monday storm that will be unlikely to melt much before the next round moves in.

While the sun is expected to poke out from behind the clouds intermittently Monday, high temperatures will stay close to or below freezing.

Forecasts on Monday afternoon showed that most of the state would receive at least 3 inches in the Tuesday-Wednesday storm, with higher levels along the Front Range, in the mountains and foothills and on parts of the eastern plains.

Most models show the Denver metro area, eastern plains and Palmer Divide receiving between 4 and 12 inches of snow through 6 p.m. Wednesday, with 6 to 14 inches in the foothills and mountains, according to the National Weather Service and Denver7 meteorologists.

The snow could start earlier in the day in northern Colorado but will likely spread across most of the rest of the state by the afternoon Tuesday.

Roads are expected to become icy and snowpacked once the snow starts falling, which is expected in the afternoon. The NWS says both the Tuesday evening and Wednesday morning commutes will likely be affected by the storm.

The Colorado Department of Transportation is advising residents to leave work earlier on Tuesday, if they are able to, in order to avoid the brunt of the storm.

The cold temperatures that moved in early Sunday morning are expected to stick around and get even colder – with possible record-low temperatures Wednesday and Thursday morning in several parts of the state and forecast lows in the single-digits.

Denver7 will be monitoring the upcoming storm throughout the next day and will keep you updated on the latest timing of the storm, possible snowfall amounts, and any hazardous travel conditions that may accompany.