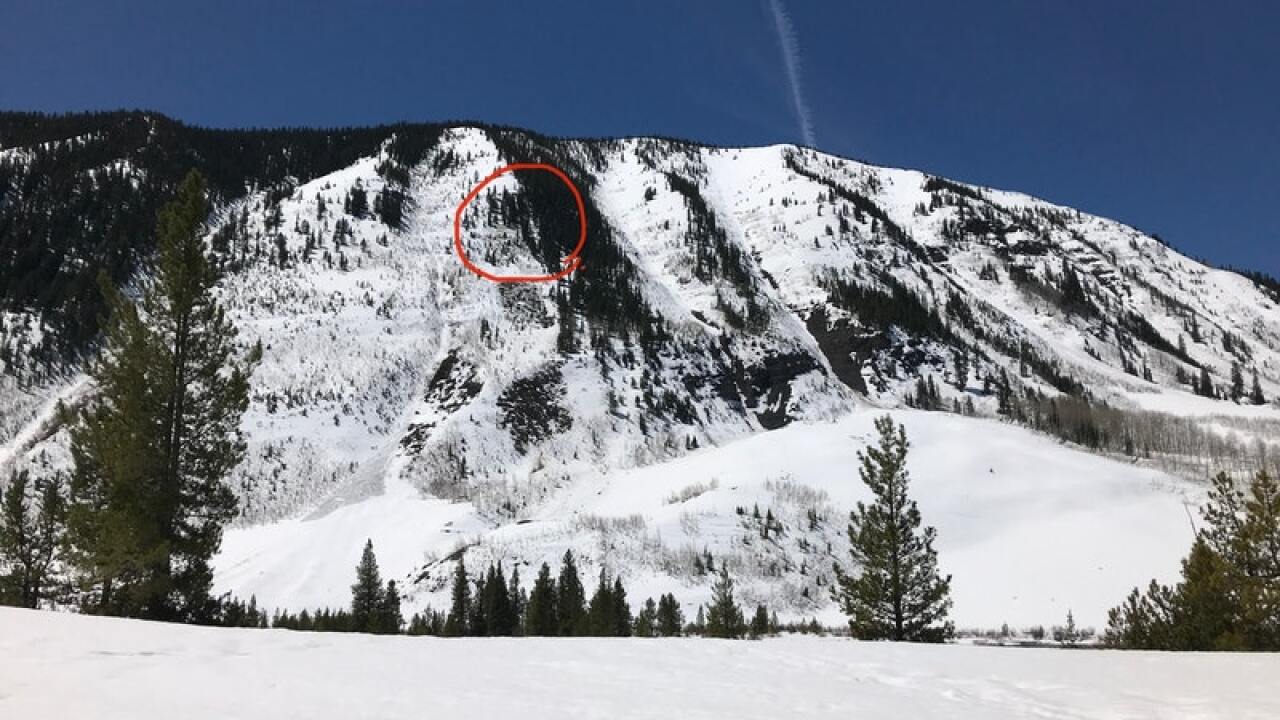 GUNNISON COUNTY, Colo. — A skier's body was recovered Wednesday after rescue crews weren't able to reach him or her following an avalanche Tuesday near Crested Butte.

On Tuesday, four skiers were recreating on Mount Emmons, which stands about 12,300 feet tall northwest of Crested Butte. The skiers were in an area locally known as the Climax Chutes, according to the Colorado Avalanche Information Center (CAIC). It’s a very steep northeast-facing slope and the group was headed down.

According to a preliminary CAIC report, the group triggered an avalanche while descending. As they continued descended a ridgeline one at a time, the skier in front triggered several more wet-loose avalanches and then disappeared from view down the steepening ridge, according to CAIC.

After losing contact with that skier, the rest of the group continued down the ridge.

The preliminary report said the avalanche carried the first skier over a cliff and triggered a deeper, larger wet-slab avalanche, which carried the skier down a steep, timbered slope.

By the time the avalanche stopped and the group found the skier, the person was unconscious and injured. According to the CAIC report, they tried to revive him but his injuries were too severe, so they contacted first responders.

The Gunnison County Sheriff’s Office and Crested Butte Mountain Rescue responded to the avalanche but had to reduce their response because of avalanche hazard. At the time, the skier was presumed to have died, according to CAIC. The first responders assisted the group back to the trailhead.

On Wednesday, CAIC said the skier's body was recovered.

This marks the sixth avalanche death in Colorado for the 2019-2020 season, and the fifth in 2020, according to CAIC data.