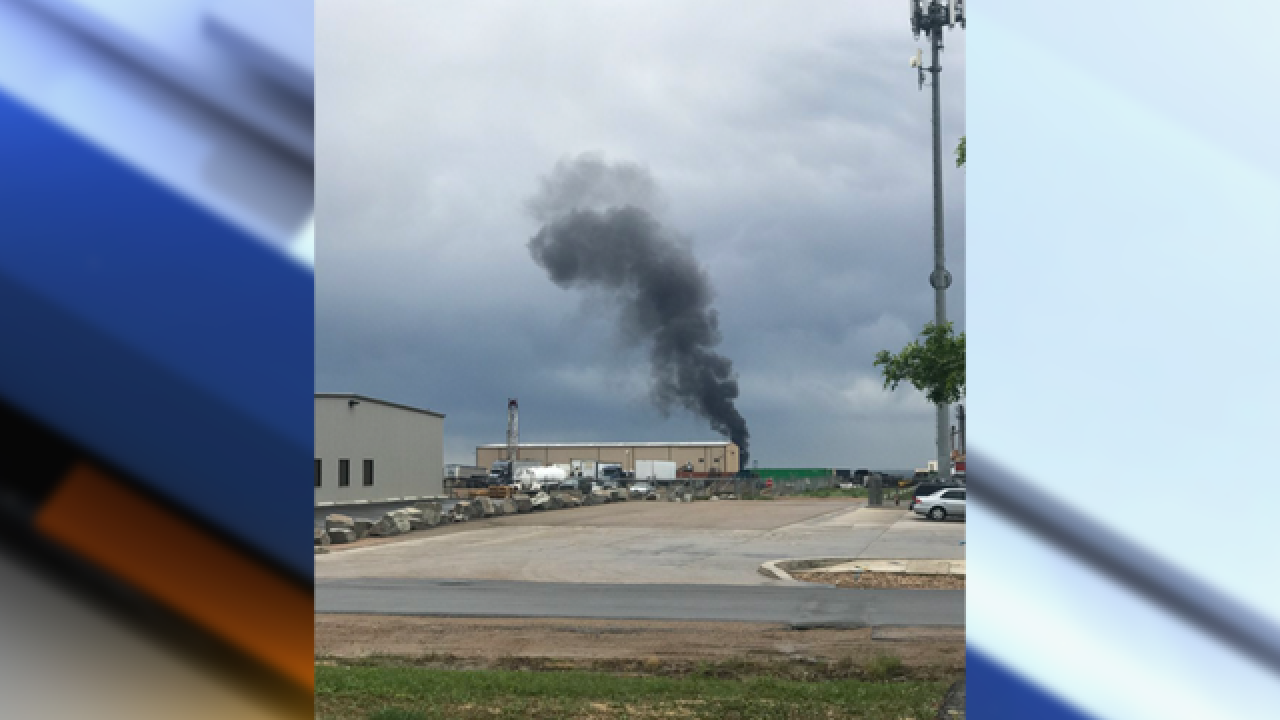 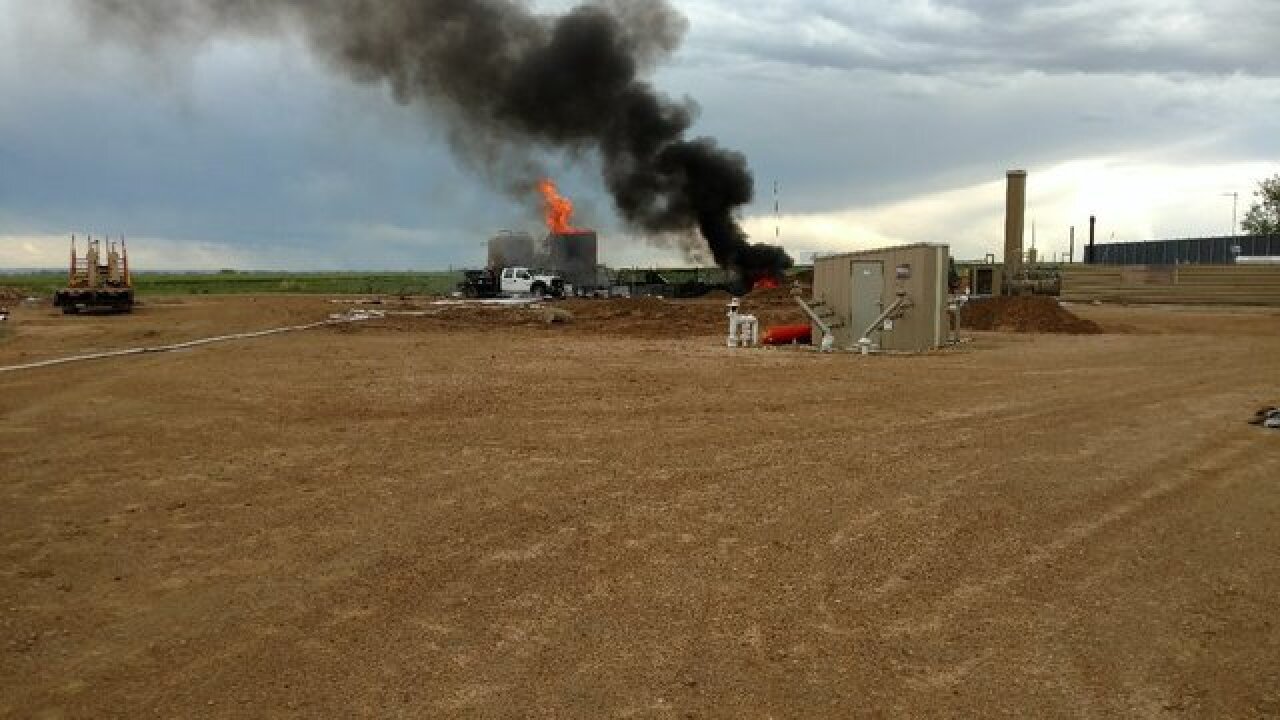 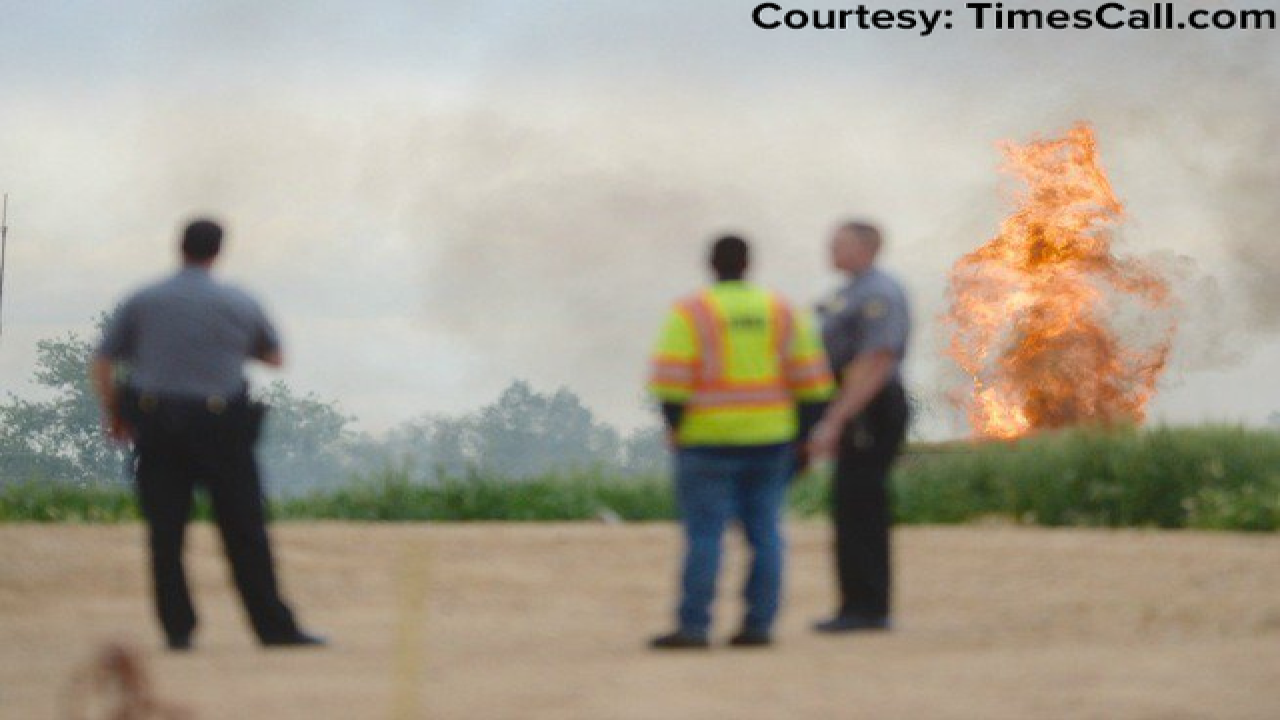 WELD COUNTY, Colo. — Not long after the conclusion of the investigation into the Firestone home explosion in April, an oil tank caught fire and shot flames into the air not far away in Mead on Thursday.

According to Weld County Sheriff's Office officials, an Anadarko-owned oil tank battery caught fire and belched flames for some time at about 3:15 p.m., just five miles north of the site of the Firestone home explosion.

An investigation is already underway and police say information is limited. Authorities said they believe workers were performing maintenance on the battery when the fire broke out.

Officials confirmed to Denver7 three construction workers were injured. One was transported to Medical Center of the Rockies with serious burns while the two others had moderate injuries and were taken to North Colorado Medical Center.

Officials were reluctant to make any connections to the deadly Firestone house explosion last month, which happened near another Anadarko-owned site.

"This is a very unfortunate incident, but it really is a manmade industrial accident," said Cpl. Matt Turner with the Weld County Sheriff's Office. "Guys were out there working, doing their job and something went wrong. So really, this is a completely separate incident all together."

Another construction worker who was unaccounted for was discovered dead at the scene, Weld County Sheriff's Office Deputy Steve Reams said in a press release early Thursday evening.

The fire broke out just hours after news surfaced about a second pocket of methane gas found not far from the Firestone home explosion site.