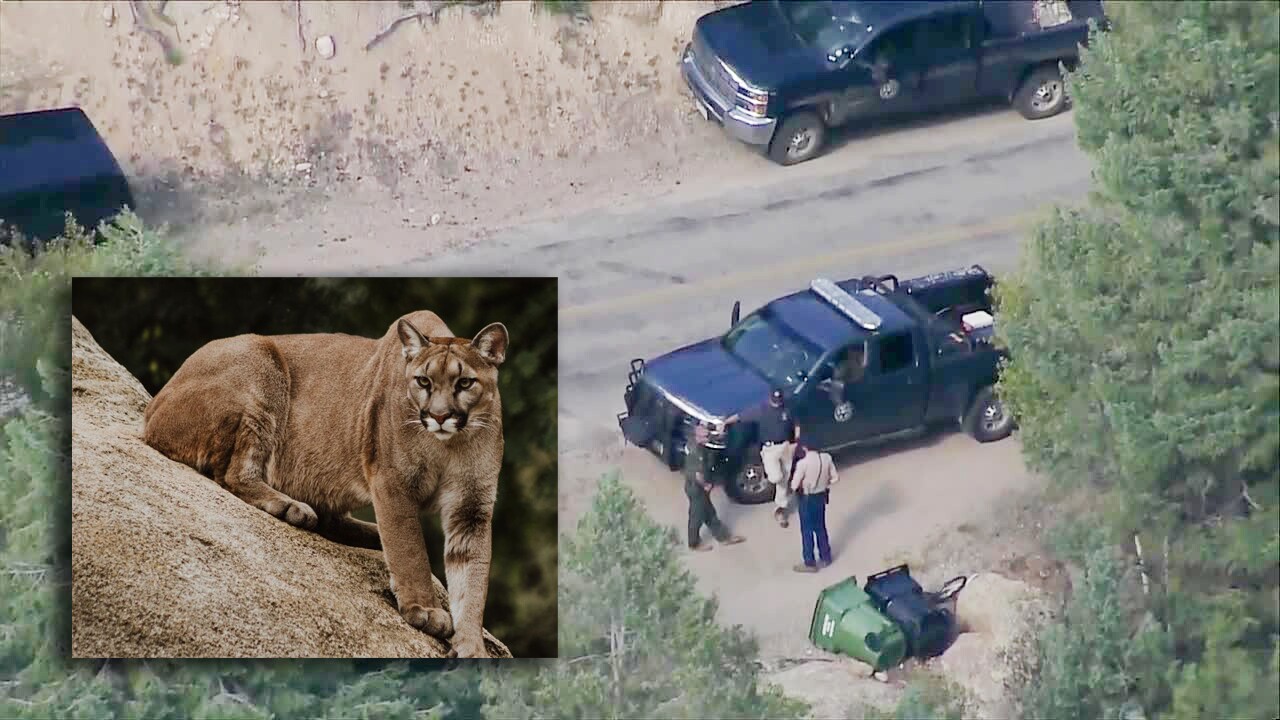 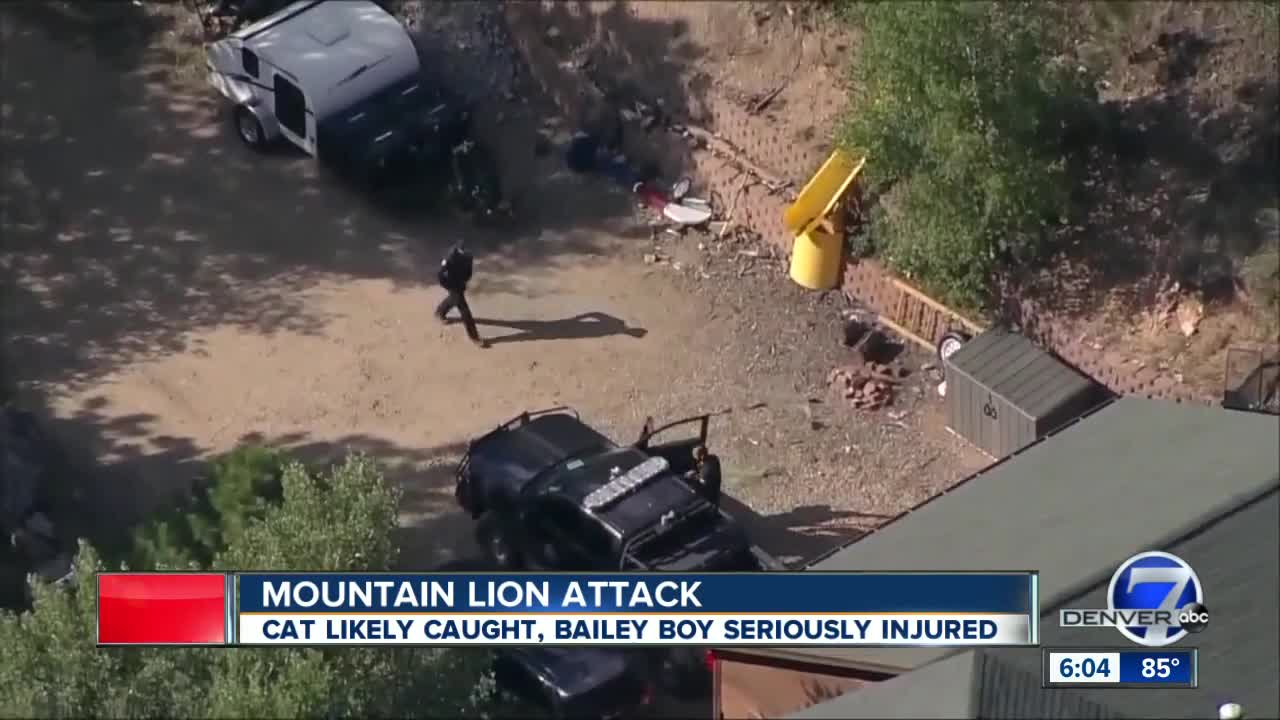 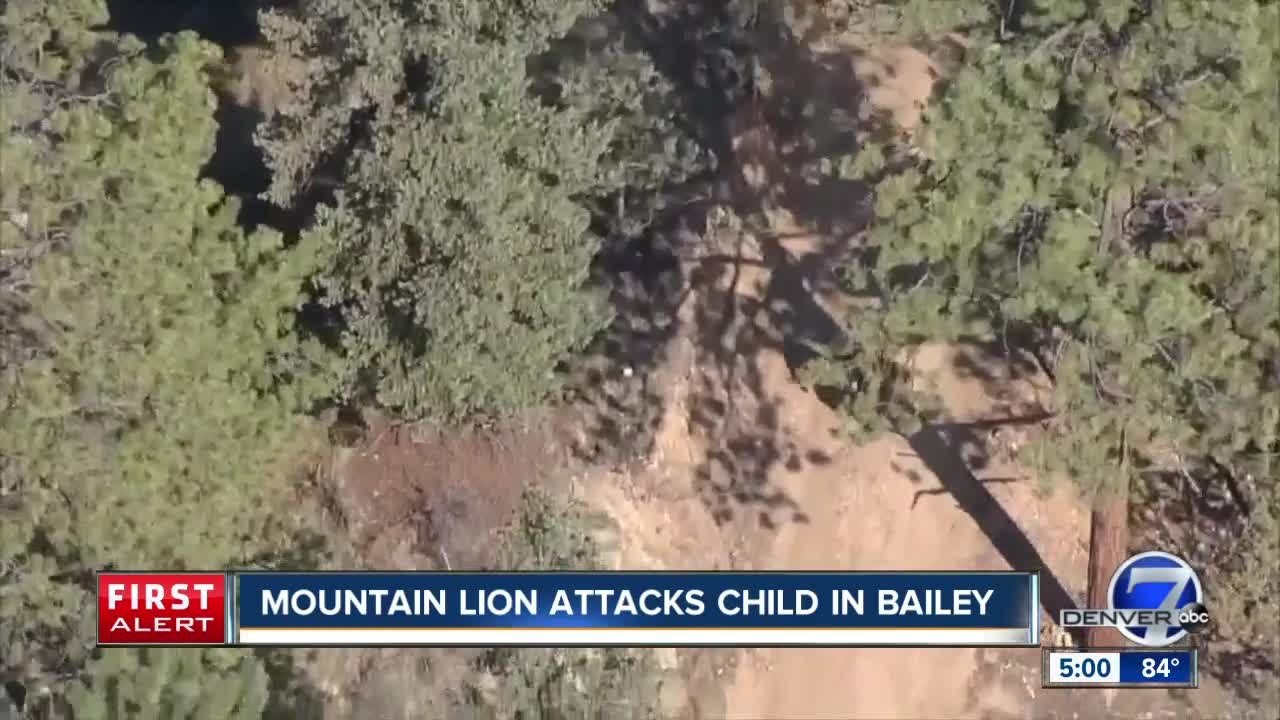 BAILEY, Colo. — It was an innocent mistake: An 8-year-old playing outside with his brother heard his friend next door calling, so he ran over to the home. But that movement may have triggered a nearby mountain lion to perceive the boy as prey, and the animal attacked.

Colorado Parks and Wildlife confirmed they were investigating the attack, which happened around 7:30 p.m. on Wednesday in the Burland Ranchettes Subdivision of Bailey. On Thursday afternoon, CPW officials confirmed that officers had captured two lions in the area — both fitting the description of the lion involved in Wednesday night's attack — and euthanized the animals. Officials believe that one of the euthanized lions were involved in the attack. The bodies will be sent to a lab in Wyoming for a DNA analysis to confirm if one was involved.

CPW said the two boys were outside their home on a trampoline when the 8-year-old heard his friend next door. He left the trampoline and ran in the direction of the home. As he ran, the mountain lion attacked, biting his head. The boy's brother ran inside the home for their father, who then rushed outside. As the father approached the mountain lion, which was on top of his son, the animal let go and ran away.

The Platte Canyon Fire Protection District said on Thursday afternoon that the boy's parents brought him to Fire Station #2 around 7:53 p.m. on Wednesday, after which he was treated and transported to a hospital in the Denver metro area.

Jason Clay, public information officer with CPW, said the boy had to spend the night at the hospital. On Thursday afternoon, the Platte Canyon Fire Protection District said the boy was "a brave and stoic young man" who suffered serious injuries but "is doing well in light of the circumstances."

"Even with his serious injuries sustained, our young patient showed concern for the attending medics," the fire protection district wrote on Facebook. "Per our hospital contact and again with the family's permission this brave young man is doing well in light of the circumstances. They and we thank everyone for their thoughts and prayers."

"We all hope that the child will be alright and you just hate to see this occur," he said.

CPW started searching for the mountain lion on Wednesday and added a dog team to their efforts. They remained at the home throughout the night and worked to set a trap for the animal.

Little information is known about the mountain lion, but CPW said they were told that it was relatively small.

On Thursday morning, wildlife officers continued their search efforts, Clay said. Their policy is to put down any animal that attacks and injures a person because it creates a safety threat to the public.

For the time being, residents in the area were asked to keep their pets and young children indoors.

Denver7 spoke with some neighbors in the area who said it pays to be extra cautious when living in mountain lion country.

Jerry Dixon said he has kids who have to walk to the bus stop in the morning. They have motion detector lights outside their home, so if they start to head out the door and see the light is already on, they know something is already in the area.

"We know mountain lions are here, especially when we see the fawns," he said. "They're real active when the fawns are out."

Kimberly Bailey, another resident, said people who live in Bailey and other parts of the mountains and Front Range need to be aware that these animals live here too.

"Keep your head up," she said. "Live amongst them instead of against them."