One man hurt in officer-involved shooting in Denver 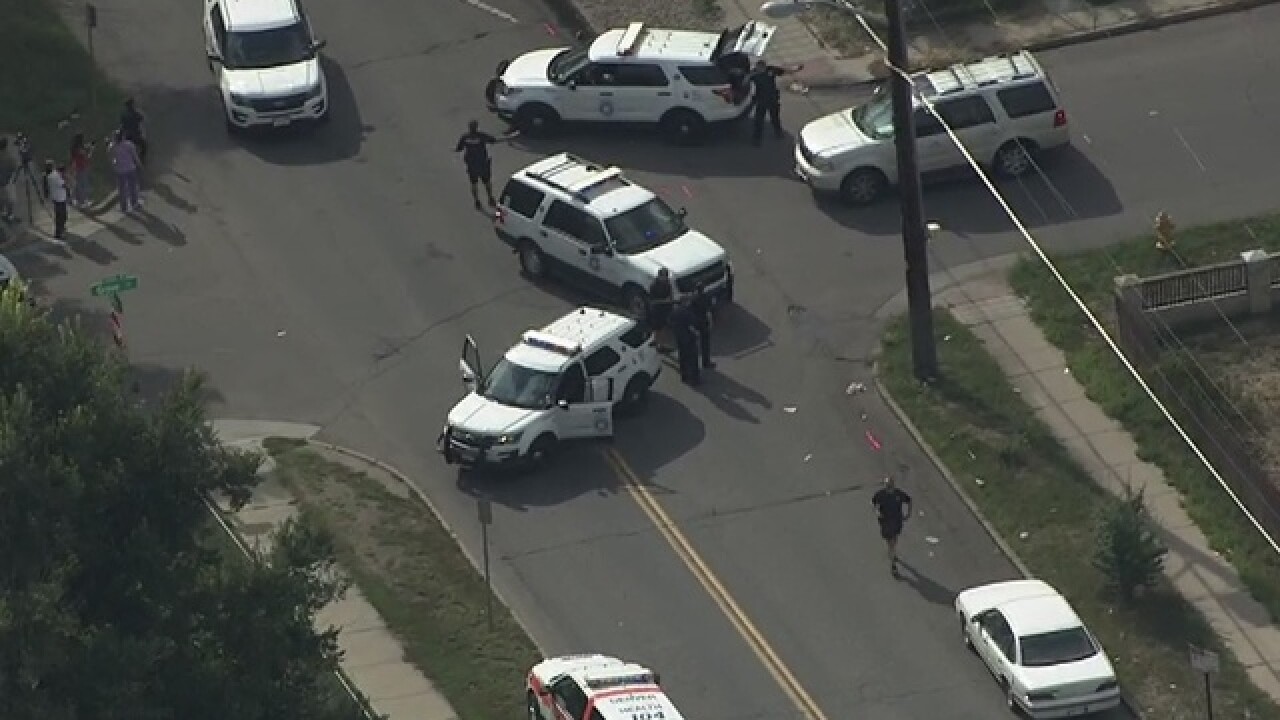 DENVER -- One man is recovering in the hospital after being injured in an officer-involved shooting in Denver Tuesday afternoon.

Dozens of Denver Police Department vehicles and officers streamed to the scene in an alley near 12th Avenue and Federal Boulevard just before 4:30 p.m.

Officers were tracking a vehicle that was believed to have been carjacked from Arapahoe County early Sunday morning.

"See it in the lot at the Denver Community Credit Union at 12th and Federal," said one officer on radio traffic.

By the next transmission, the officer was involved in a foot chase.

"Got multiple parties running and I got a party with a gun," said the officer.

"Southbound, shots fired. Shots fired…. He has a gun, be careful," an officer said on radio traffic. "He's down. He's shot in the leg. Start an ambulance Code 10. Have it standby."

"At some point one of the individuals produced a handgun and then an officer discharged his weapon," said Denver Police Technician John White.

No officers were injured in the shooting. As of Tuesday night, police had not explained what took place between the suspect and the officer prior to the shooting, other than the detail that the suspect had a gun.

Police said the man who was shot was hit in the leg and taken to the hospital. He is expected to survive. Another man, and a woman were arrested at the scene.

"(I) heard all the gunshots in the back, and when I came out I saw the girl trying to get out and jump the fence. I pointed to her and the cops came out and said, 'OK. Stop!' And they arrested her," said witness Ron Olivas.

Olivas said he heard about 10 to 15 shots. He has surveillance cameras on his home and said one of them captured footage of the other male suspect running across the street, eventually knocking down a neighbor's fence.

On the other side of the alley where the shooting happened, customers inside the Denver Community Credit Union thought the bank was getting robbed.

"The next thing I knew, there was a bunch of shots fired," said customer Danielle Feldpausch. "Everyone's initial reaction, after we heard the shots fired, was to jump the counter at the credit union to seek cover because there was really nowhere else to go."

She said that's when she found out the credit union may have a flaw in any emergency plan.

"The concerning part was when we jumped the counter to take cover, the employees were trying to get to the vault to lock themselves in, but they kept yelling at us customers saying, 'You can't come back here, you can come back here,'" said Feldpausch. "There was no active shooter plan in place."

The Credit Union was closed when Denver7 tried to reach a manager. Attempts to reach one of the credit union's board of directors at home also was unsuccessful on Tuesday night.