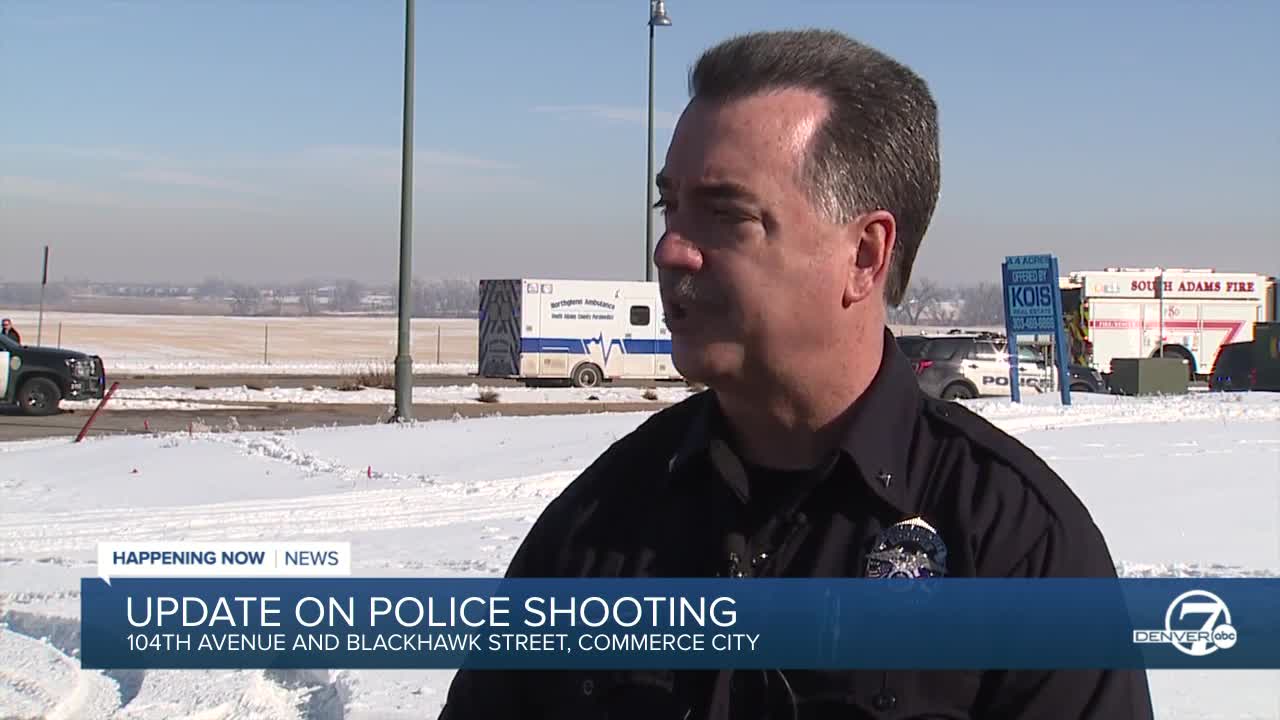 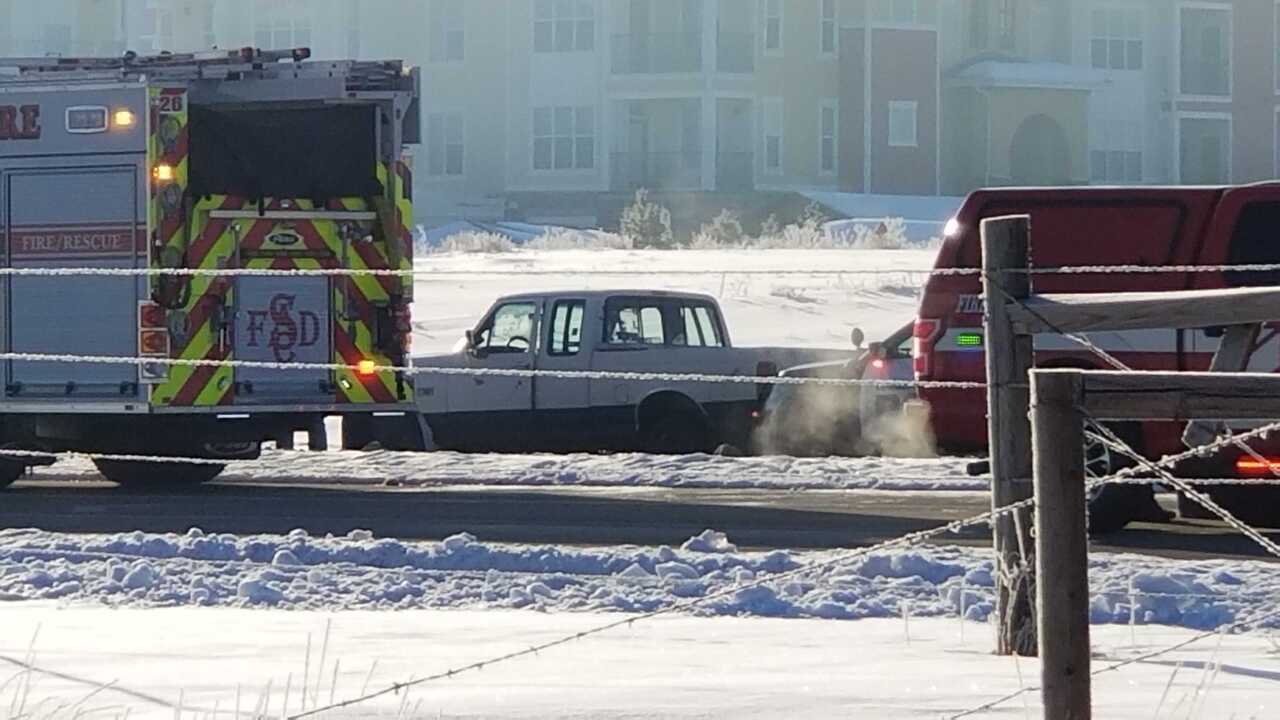 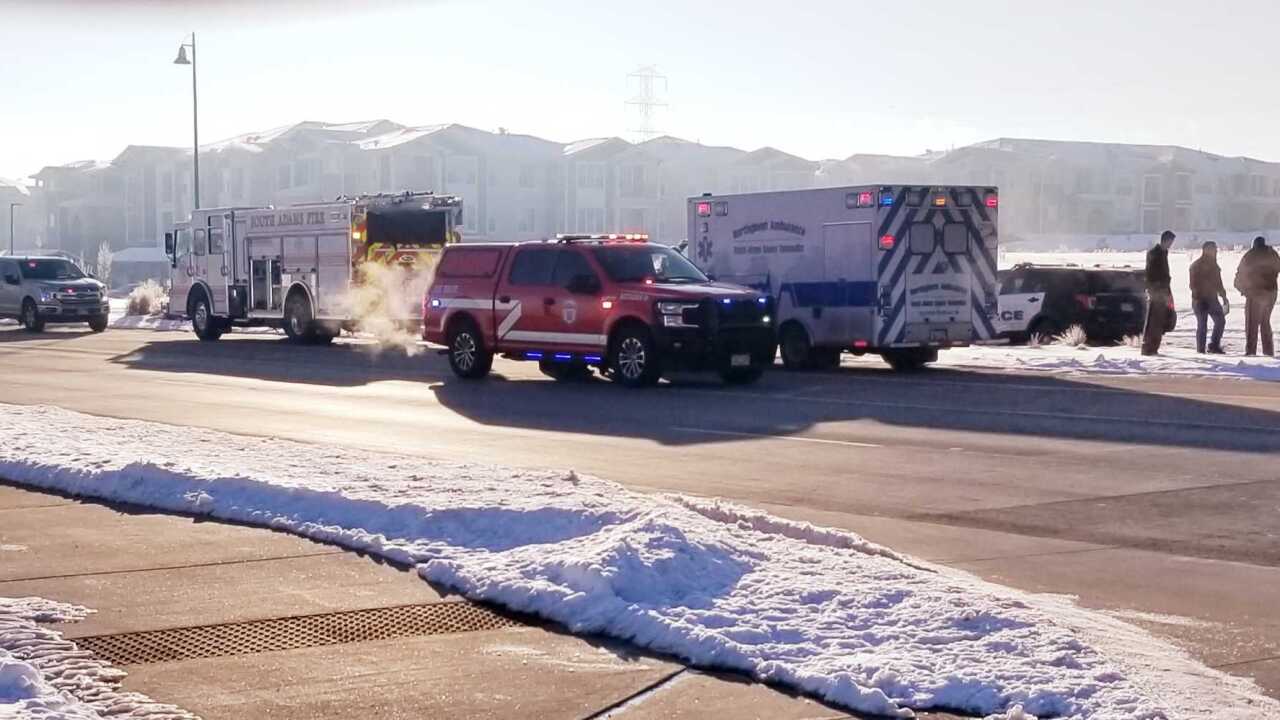 Commander Dennis Flynn with the Commerce City Police Department said around 6:58 a.m. Friday, the department received multiple calls about several shots fired in the area of E. 113th Avenue and Iola Street, which is a residential area. Callers said the adult male suspect was in a white pickup with a black stripe.

The man rammed his vehicle into a woman’s vehicle, then got out of his car and fired at least one shot at her, Commerce City police said in a news release Friday evening. The woman, with whom the man had previously been in a relationship, was able to escape in her vehicle, police said.

Flynn said officers around E. 104th Avenue and Potomac Street saw the man’s vehicle traveling eastbound and attempted to stop it. The driver did not pull over and ended up crashing at the following intersection, around the 14100 block of 104th.

When officers approached the vehicle to contact the suspect, "there was a shooting," Flynn said. The suspect was hit, and police began life-saving measures on the man. He died at the scene, Flynn said. He said the department does not believe anybody else was involved.

Police did not say whether the suspect shot at police. He was later identified as David Kent Heeke, 63, of Haysville, Kan., according to the coroner's office.

CSP said no officers or civilians were injured.

No other information was available on the shooting.

A firearm was recovered at the scene, Flynn said.

He said he doesn't know how many officers opened fire or how many times the suspect fired.

The area was briefly on lockdown, Flynn said.

The area around 104th Avenue and Blackhawk Street remained closed into the afternoon. Officials re-opened 104th about 3:15 p.m.