North Suburban Medical Center has a new way to help grieving parents thanks to a donation from one of its former patients. 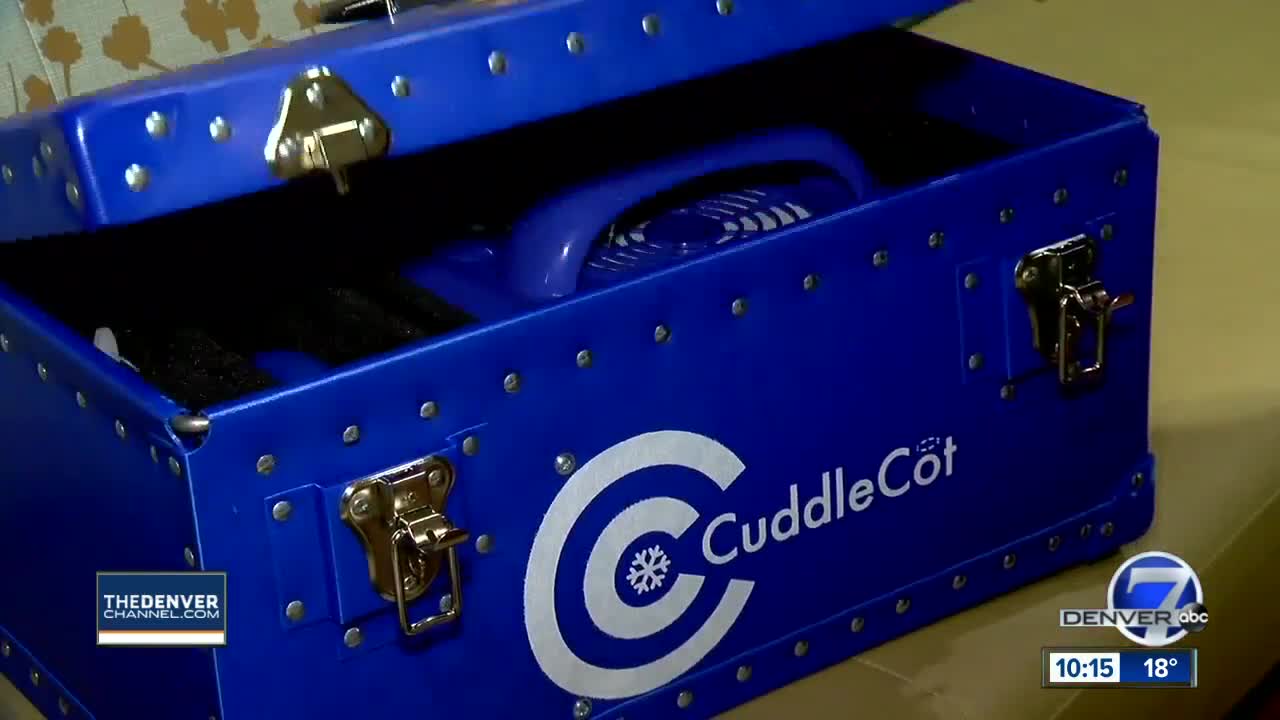 DENVER — North Suburban Medical Center has a new way to help grieving parents thanks to a donation from one of its former patients.

Lauren McNulty got pregnant for the first time in 2015 with a son she named Sterling. McNulty described the pregnancy as textbook, saying every single checkup looked great until the third trimester.

Doctors started noticing that the baby was not growing properly. McNulty went through genetic testing and it didn’t look like there were any issues with the baby so she decided to have a baby shower with family and friends.

The next day, McNulty didn’t feel the baby kicking anymore so she went to the doctor and was told the baby no longer had a heartbeat. Doctors induced labor and Sterling was delivered as a stillborn.

Part of the healing process for grieving parents is spending some time with the baby to make a few memories.

“He was born on April 26, 2016 and we got to spend a full seven hours with him, which was so special. We took pictures and we read him books and just spent a little bit of time as a family,” McNulty said.

McNulty said she would have liked to spend more time with her son before saying goodbye but couldn’t because Sterling was starting to show signs of change.

“When I delivered Sterling, the time I had with him was really short. When somebody passes away they go through physical changes and it became very traumatic to see, so we had to say goodbye really before we were ready,” she said. “I literally said hello and goodbye within the span of seven hours. That’s just not enough for a lifetime.”

At the time, North Suburban Medical Center didn’t have a way to slow decomposition down for grieving parents to spend a little more time with their babies.

After leaving the hospital, McNulty started doing some research and learned about CuddleCots. It’s a reusable device that looks like a bassinet that helps slow the physical changes a stillborn goes through.

“The cuddle cot allows the baby to stay with the parents as long as they want the baby to by keeping the body cool,” said Kathryn Farrell, the interim manager of women’s services at the hospital.

On the anniversary of what would have been Sterling’s third birthday, McNulty decided to start a fundraiser to buy one for the hospital.

Family, friends and people from McNulty’s support group donated to the fundraiser. The rest of the money was raised by Walk With Me, a nonprofit that helps grieving parents dealing with the loss of a child.

McNulty was able to donate the CuddleCot on September 30 for the hospital.

“Having the cuddle cot is such a gift from Lauren. It’s a gift that keeps on giving for parents who are experiencing this type of loss,” said Lorri Smith, the clinical resources director of the hospital. “They can begin to have some type of closure for this event in their life that is very significant and something they’re going to remember for the rest of their life.”

Already, the CuddleCot has been used at least twice at the hospital to help give parents the give of time with their child.

There is a plaque on the top of the CuddleCot that serves as a reminder of Sterling. Mc

“I can’t go through something so truly heart wrenching and devastating and not make something good come out of it. I am a better person for knowing him,” McNulty said.

McNulty was fortunate enough to conceive again, a daughter named Luna. She still thinks about Sterling regularly, though, and tells her daughter about him.

McNulty hopes the donation of the CuddleCot will help parents in their grieving process through the gift of time.