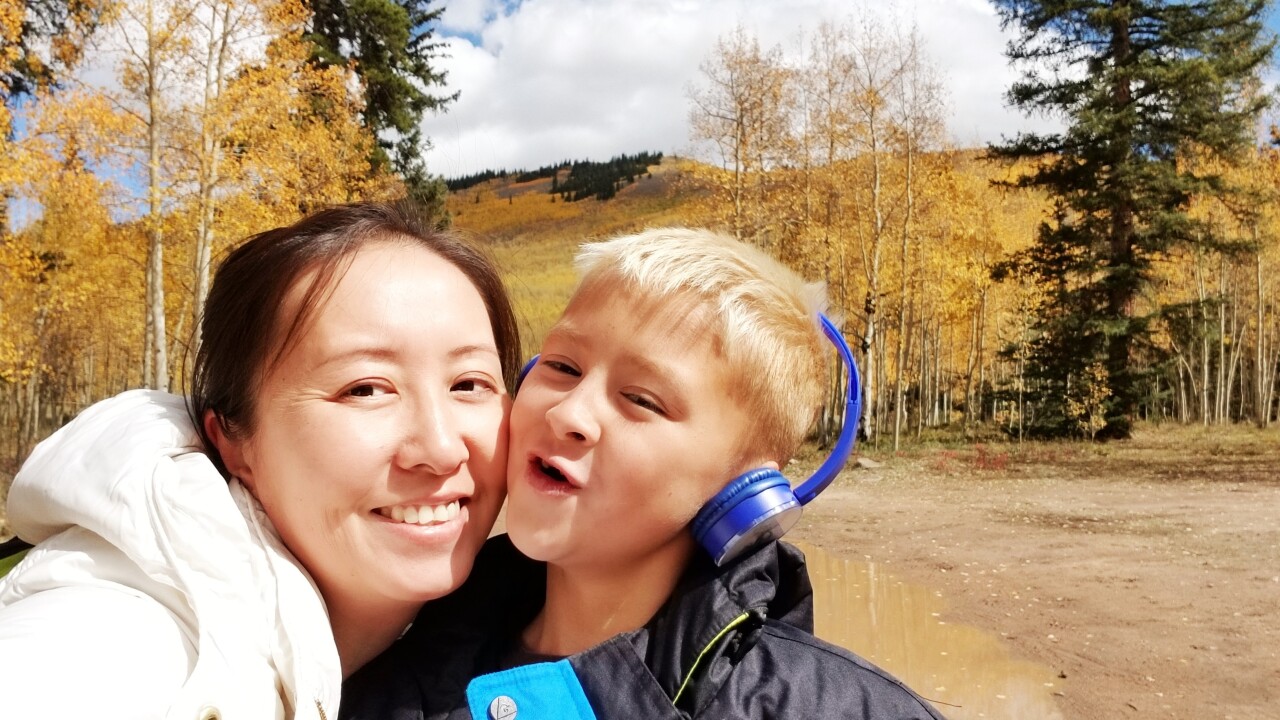 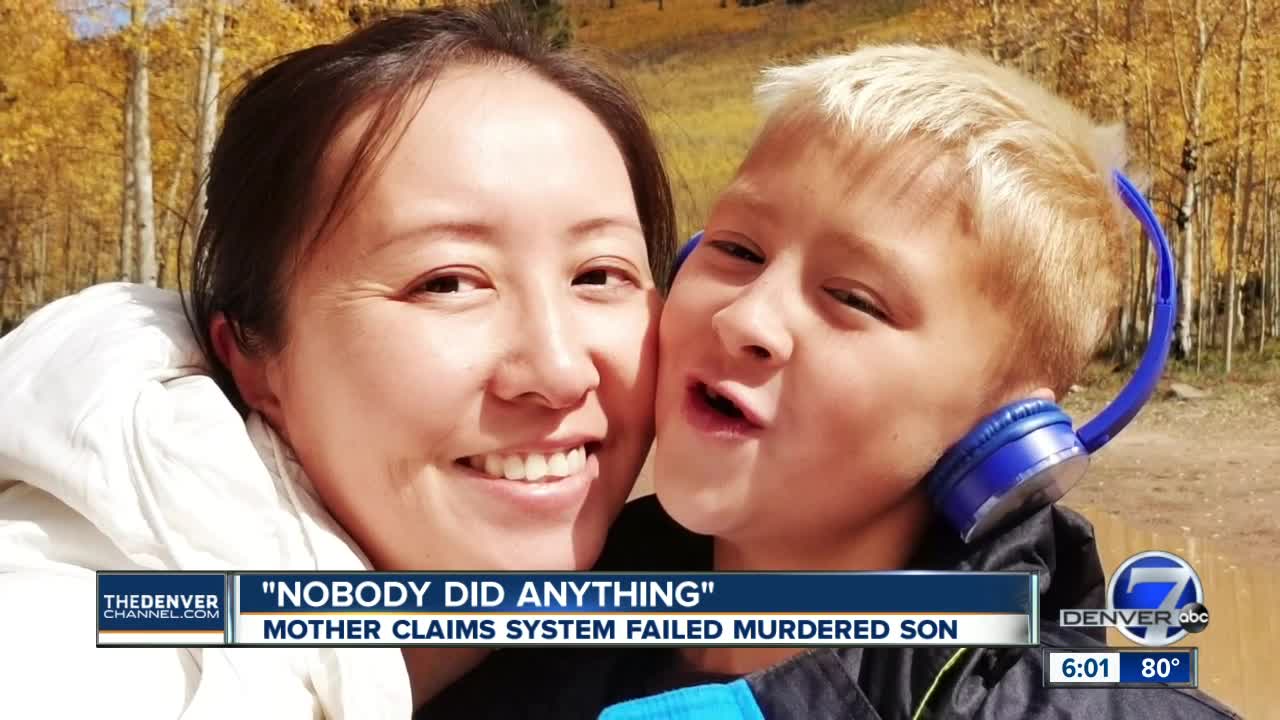 LONE TREE, Colo. -- This is a story about control, online harassment, and a 10-year-old boy caught in the middle. A deadly encounter, the boy's mother says could have been prevented.

"There were so many agencies that were involved, so many. I begged, talked to, tried to convince everybody to do something," said mother Jing Tesoriero.

Tesoriero's son, Ty, was killed by his father early Saturday morning and then his dad turned the gun on himself.

Lone Tree police responded, and provided a media statement more than 48 hours after it happened and only after Denver7 inquired:

On Saturday, Sept. 21 at approximately 2:30 a.m. , Lone Tree Police Department (LTPD) responded to a welfare check at the Contour 39 Apartments, located at 9045 Yosemite St. , where they found an adult male and a juvenile male deceased inside the apartment. The Douglas County Coroner’s Office identified the adult male as 48-year-old Anthony Tesoriero. Autopsies have been completed on both individuals, but no further information will be released as to the cause and manner of death until the investigation is complete and the final autopsy reports are made available. LTPD, however, is currently investigating this as a murder suicide and does not believe there is any threat to the public.

Tesoriero said she woke up to a chilling email in her inbox from her ex-husband Anthony Tesoriero in the middle of the night. The note said: "By the time you finish reading this, Ty will be moments away from joining me in the afterlife."

"It's pretty much like a suicide note, and he said he was going to take my son with him, and I called 911," she said.

Tesoriero got in her car and drove to her ex-husband's Lone Tree apartment.

"I kept waiting for the ambulance, and I was hoping that there was going to be an ambulance," she said.

But no ambulance would show up.

"He said they both were dead in the apartment," said Tesoriero. "Heartbroken, I don't even know the words. I'm feeling angry, upset, regrets."

Less than 24 hours before her ex-husband murdered her son and killed himself, they were both in court for a custody hearing where the judge said she planned to award Tesoriero full custody of her son.

Tesoriero said she didn't want her son to be with his dad the night after the hearing, but somehow her pleas went unanswered.

"We even told the judge more than once that we were worried, we were concerned for Ty's safety," she said.

"The judge had communicated that she did want to take the matter under advisement," said Tesoriero's attorney Caroline Cooley. "She did anticipate an order being issued over the weekend for Ty to be removed, but within eight hours Ty was murdered."

Cooley's firm specializes in complicated family law but said this case was different.

"In twenty years, I have never had a case where a child has been so systematically, methodically, consistently alienated, and no change is occurring, and no system is responding to it," said Cooley.

Tesoriero's ex, Anthony, also had a mandatory protection order to stay away from her and not harass her. An order Tesoriero said he violated repeatedly.

"I can't count, there was so many," said Tesoriero.

"And what did police, what did the court system, what did DHS do?" asked Denver7 reporter Jennifer Kovaleski.

"Nothing. Nobody did anything," responded Tesoriero.

The order also should have kept Anthony from having a gun. But the abuse didn't stop there.

Anthony took his threats online where he used open sites like Cheaterreport.com to destroy Tesoriero and her new husband's reputation.

Anthony would post his suicide note on the same website early Saturday morning. His final message of control. A message Tesoriero said he should never have been able to write.

"He lost, and he had to take Ty with him because that's the only thing he could control that night was Ty," she said.

"I want there to be a formal investigation. I would like the governor to get involved," said Cooley.

Ty was in fourth grade at Acres Green Elementary school in Douglas County.

"This is not right; something needs to be done," said Tesoriero.

A spokeswoman said in a statement, "This is a devastating loss for the family and the entire community is grieving. In situations like this, in accordance with state law, the State Department of Human Services will conduct a child fatality review."

The details of that report will be made public.

On Thursday, Denver7 reported that Jing Tesoriero and her attorney tried for more than a year to tell authorities her husband was violating court custody orders before he shot and killed her son, according to new documents received Thursday. The governor's office is watching the case closely.