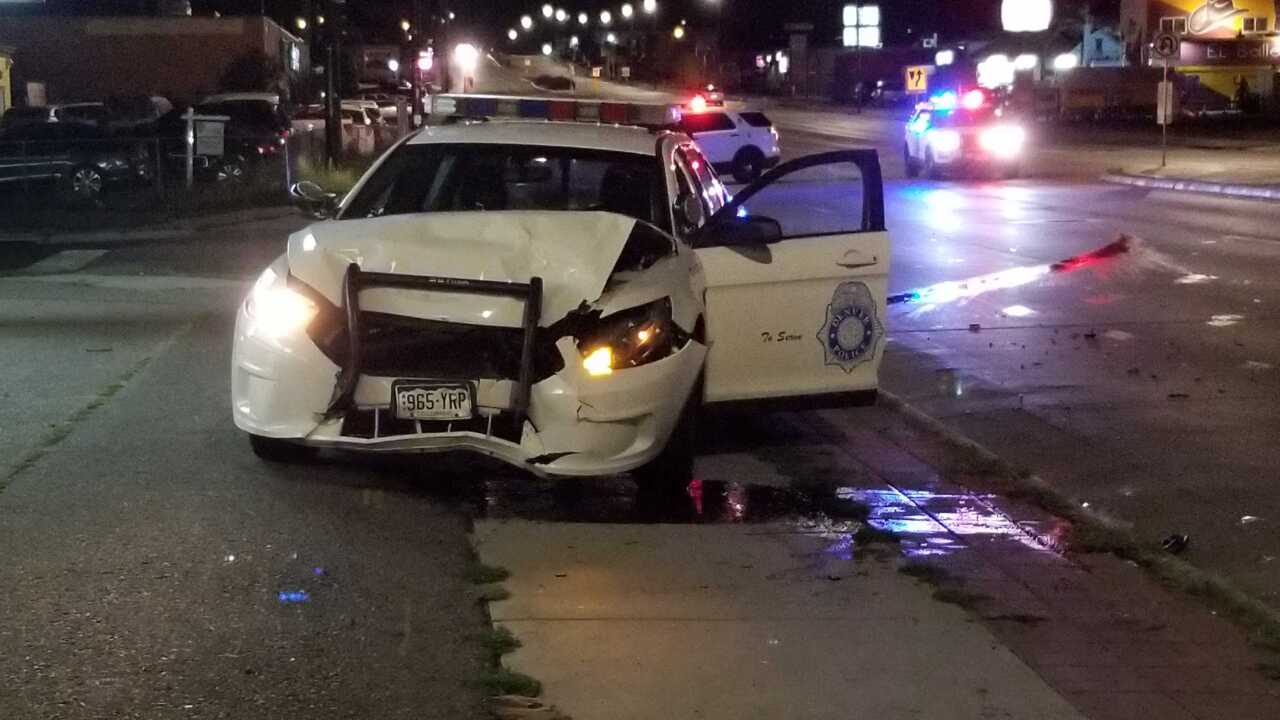 Copyright 2019 Scripps Media, Inc. All rights reserved. This material may not be published, broadcast, rewritten, or redistributed.
Daryl Orr/Denver7 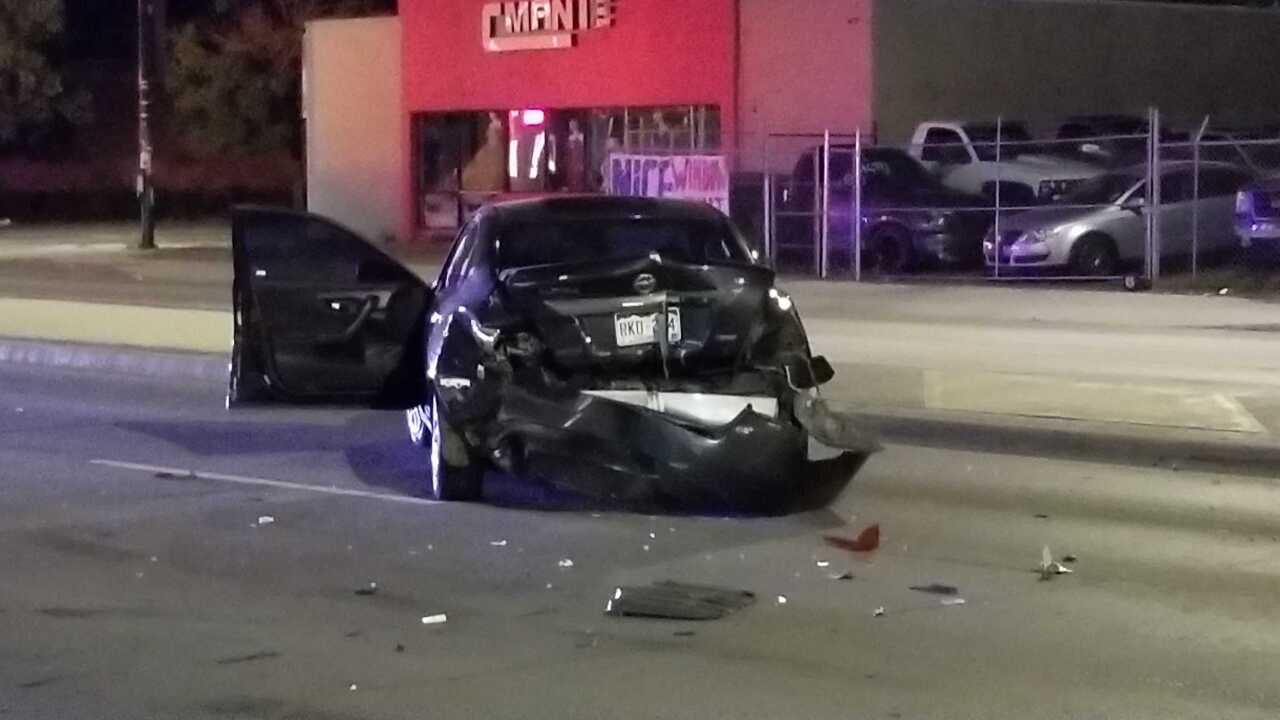 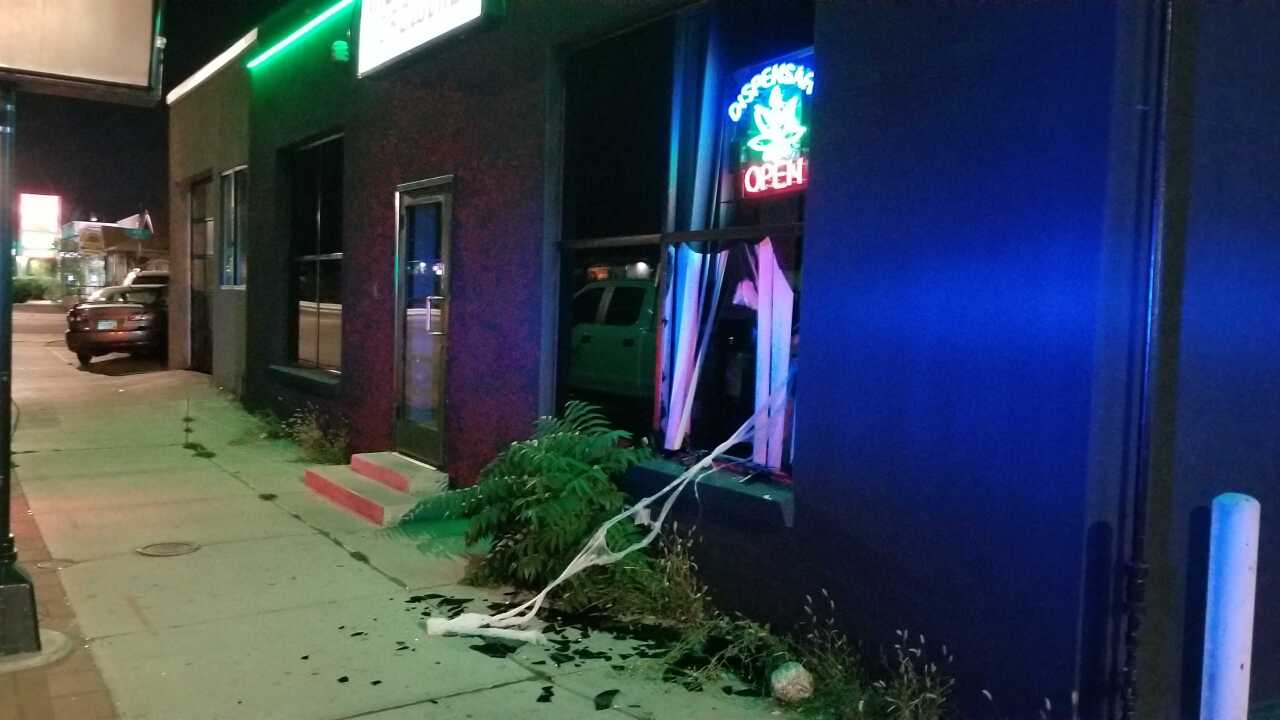 DENVER — Nobody was injured after a Denver police vehicle and a sedan crashed as the officer was driving to the scene of a crime.

Denver police received a call about a smash-and-grab at a dispensary on Federal Boulevard between W. 3rd Avenue and W. 4th Avenue around 1:55 a.m. Monday, said Jay Casillas with the Denver Police Department.

About 15 minutes later, as an officer responding to the incident drove with his or her lights and sirens activated near Federal Boulevard and W. Irvington Place, a sedan crossed in front of the police car. The two vehicles crashed, but nobody was injured, Casillas said.

The driver of the sedan was cited for not having proof of insurance, he said. Additional citations are possible.