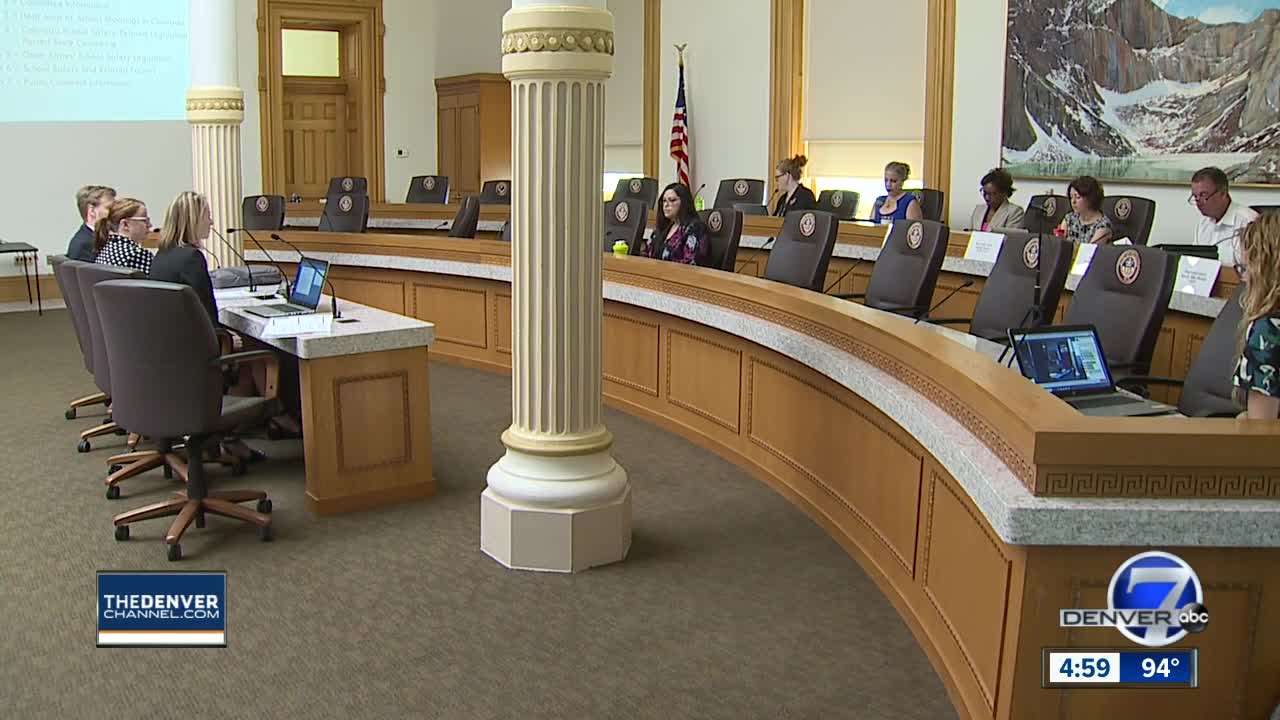 DENVER -- In the wake of the May shooting at STEM School Highlands Ranch, Colorado lawmakers plan to spend the summer answering this question: Are schools safer now than they were before the Columbine shooting? And what can be done to prevent another tragedy?

"The question we have to answer is how do we stop this from happening? I don't think there's anything more important for me to spend my time working on," said Rep. Dafna Michaelson Jenet (D-Adams County), who is the chair of the safety committee.

The bipartisan committee met for the first time Thursday and plans to hold three more additional hearings on Aug. 20, Sept. 20 and Oct. 31.

Lawmakers were presented with data and evidence-backed solutions from school safety experts, students, parents and teachers.

"There is no student who walks into a school and perpetuates a shooting and believes they're going to come out alive," Rep. Jenet said during the hearing. "It's a suicide mission."

"This is just an important topic to me," said Leslie Hollywood, a single mom who attended Thursday's hearing.

Hollywood has a seven-year-old daughter, Liberty, who is going into second grade next year. She said she fears her child isn't safe in school and wants lawmakers to come up with solutions.

"The big question is why do students want to harm their classmates and their teachers?" said Hollywood.

"If you ask me what my mission is, I would tell you it's that we don't see one more child die by violence in school," Rep. Jenet said.

"No child should be shot in a school," said Rep. Rhonda Fields (D-Arapahoe County), who is vice chair of the safety committee.

Fields said there is a lot of work going on to keep kids safe, but it appears disjointed or siloed.

"I'd like to see an opportunity where we can start integrating some of that work," she said.

Legislative data shows that since 1977 there have been 18 school shooting incidents in Colorado. Those include suicides and shootings inside or outside school property.

"It says that we have a problem and we cannot let that trend to continue to go upward," Fields said.

Lawmakers said it's too early to say what the solutions could look like, but the goal is to draft legislation after the four hearings are complete to make a real impact on school safety. They plan to vote on which bills will move forward at the final hearing on Oct. 31.