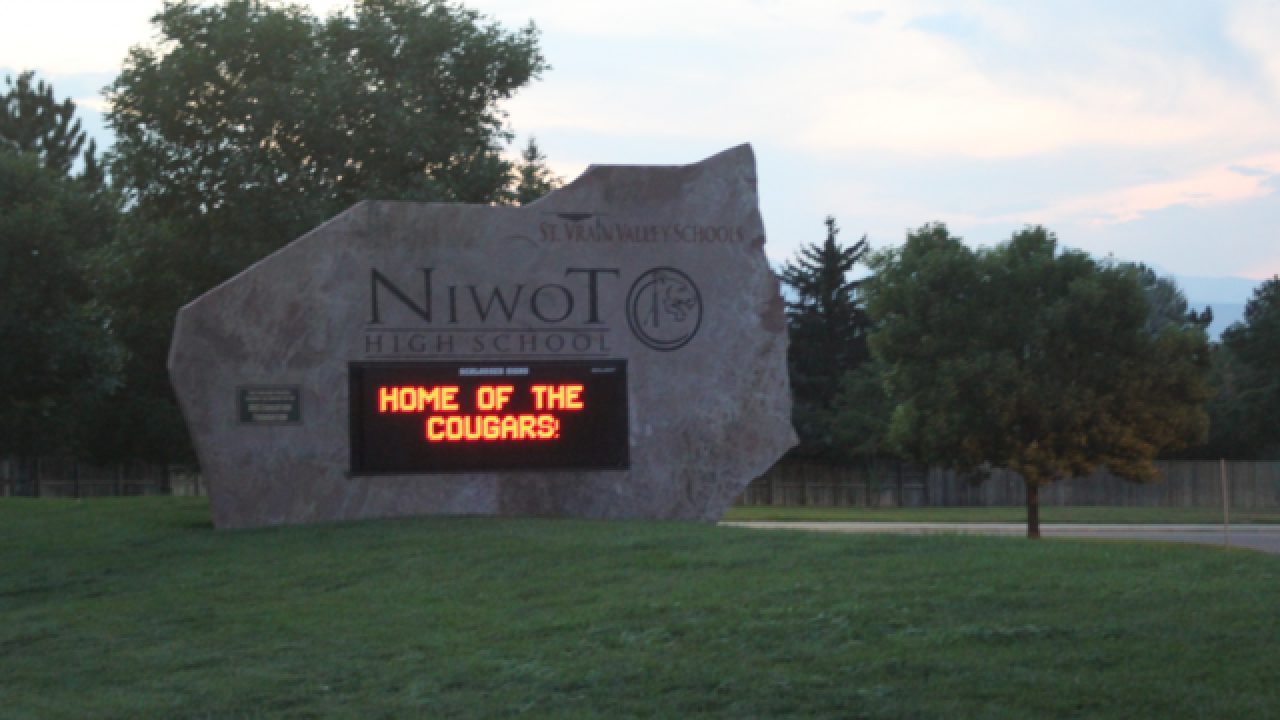 NIWOT, Colo. — Niwot High School was evacuated Tuesday morning after officials received reports of a bomb threat at the school.

The Boulder County Sheriff’s Office said it received reports through the Safe2Tell system.

It wasn't clear if the threat was considered credible, but deputies said all students and staff at the school were safe and the school was being evacuated “out of an abundance of caution."

Some roads around the school are temporarily closed while officials work to reunite students with their parents, deputies said.

Deputies and K9s searched the school but didn't find anything suspicious.

The sheriff’s office said it was working with St. Vrain Valley Schools to investigate the threat.