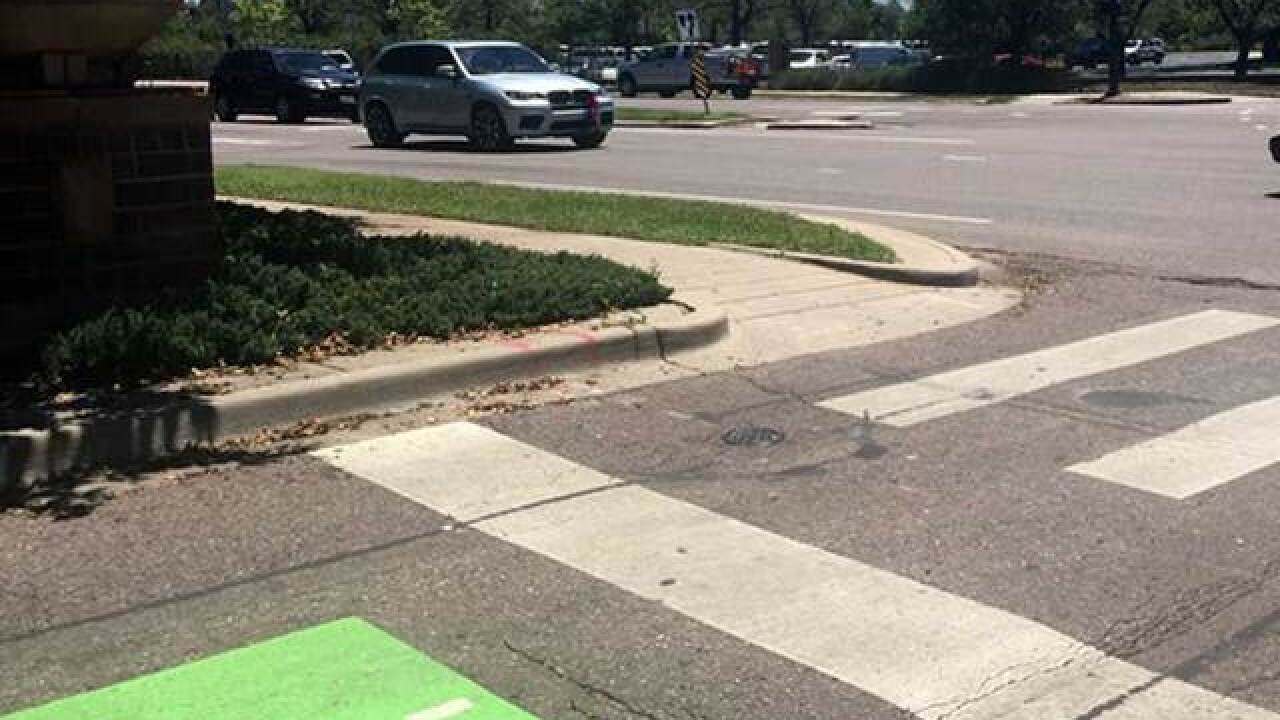 DENVER – A group of six different organizations has formed a new coalition calling for significant increases in funding for active transportation infrastructure in Denver.

The Denver Streets Partnership , which is made up of Bicycle Colorado, BikeDenver, Denver B-cycle, Denver Cruiser Ride, WalkDenver and the Denver Vision Zero Coalition, is asking city leaders to dedicate $40 million a year to improving sidewalks , bike facilities and access to transit.

The group presented a letter to Mayor Michael Hancock and members of the Denver City Council on Tuesday introducing itself and its goals. Jill Locantore, Associate Director of WalkDenver, said the various organizations in the group realized it was important to combine their efforts toward a common goal.

“We all individually had been advocating for increased funding in different areas,” Locantore said. “We thought there’d be real value in all of us coming together to speak with a unified voice.”

The group’s main goal is to increase the amount of funding dedicated to bike and pedestrian projects, which amounts to just $5 million in 2017.

At that spending level, it will take over 100 years to completely build out the city’s sidewalk network and complete the Denver Moves bicycle plan , according to Piep Van Heuven, the Denver director of Bicycle Colorado.

The $5 million the city plans to spend this year is also far below what other similarly-sized cities spend, Van Heuven said. Las Vegas, for example, dedicated $42 million to bike and pedestrian projects in 2014, while Seattle spent $30 million.

“The funding is at an anemic level,” Van Heuven said.

By increasing spending to $40 million a year, Denver could accomplish its bicycle infrastructure goals and build sidewalks on every street in 20 years, according to Locantore and Van Heuven.

It’s clear the public wants to see improvements in these areas, Van Heuven added. Bicycle Colorado conducted a poll in the fall and found that 66 percent of likely voters have access to a bike and ride regularly and a majority of those polled said they want to see the bicycle and pedestrian networks built out faster than the current rate.

“They would choose them if we would build them,” Van Heuven said.

Locantore said the Denver Streets Partnership recognizes that $40 million is a big increase from current funding levels and the group doesn’t expect it all to come from one source. The group hopes that leaders can find the necessary funds in a number of places, including the upcoming general obligation bond, the statewide transportation bill currently in the legislature, and 2018 budgets.

For more information on the Denver Streets Partnership and how to get involved, log on to denverstreetspartnership.org .