New self-sustaining “academy” in Denver helps with addiction and homelessness 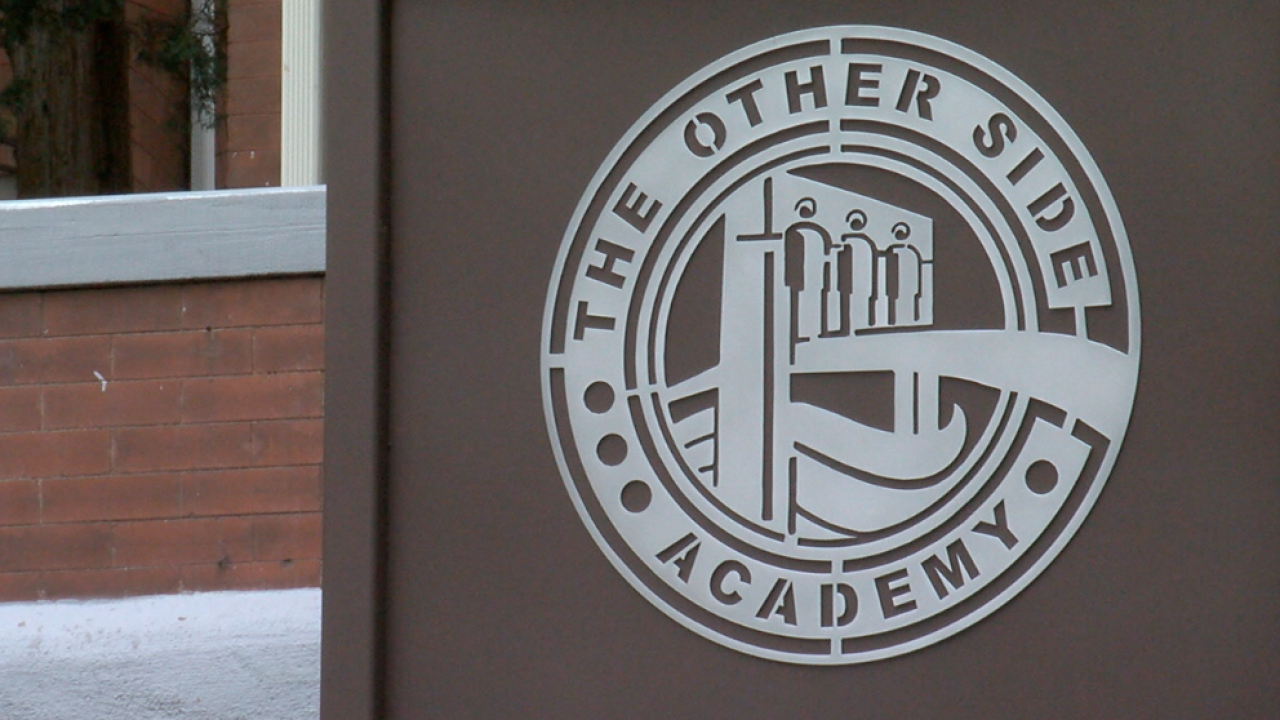 DENVER — A new, self-sustaining way of helping Denver’s homeless, addicted, and incarcerated cut the ribbon on their new location in Capitol Hill on Thursday.

“It’s a program that is free if you’re at a point in your life, and you’re ready and you want change that you can come and ask for help,” Lola Strong of The Other Side Academy said.

The Academy was originally founded in Salt Lake City, and is a two-year, live-in program for people who have recently exited prison, who are fighting drug addiction, or are homeless.

“Four years ago, I was in the Salt Lake County jail,” Robyn Paxton said.

Paxton went right to the Other Side Academy. Two years later, she graduated from the program and became a mentor.

“I’m hoping to create an opportunity for people to take the chance that I took because it’s there,” she said.

The program is unique in both length (two years) and funding source (private). The organization’s “social enterprise” are businesses, including a moving company, that pay the bills.

“This is exactly what everyone’s been looking for," Strong said. "It’s kind of like the ideal model. We’re doing it ourselves."

The move to Denver included fundraising efforts by the Academy, Denver Mayor Michael Hancock, former Colorado governor John Hickenlooper, and others. The location is on Gaylord Street in Capitol Hill, in an old mansion. The program in Utah has approximately 100 participants. The Denver home can house up to 80.

Another unique aspect is “the bench.” People can apply to be a part of the program by writing a letter from prison or by coming to the Other Side Academy, sitting on a bench in their lobby, and being interviewed on the spot. If accepted, they can move in that same day.

For more information on The Other Side Academy, head to its website.