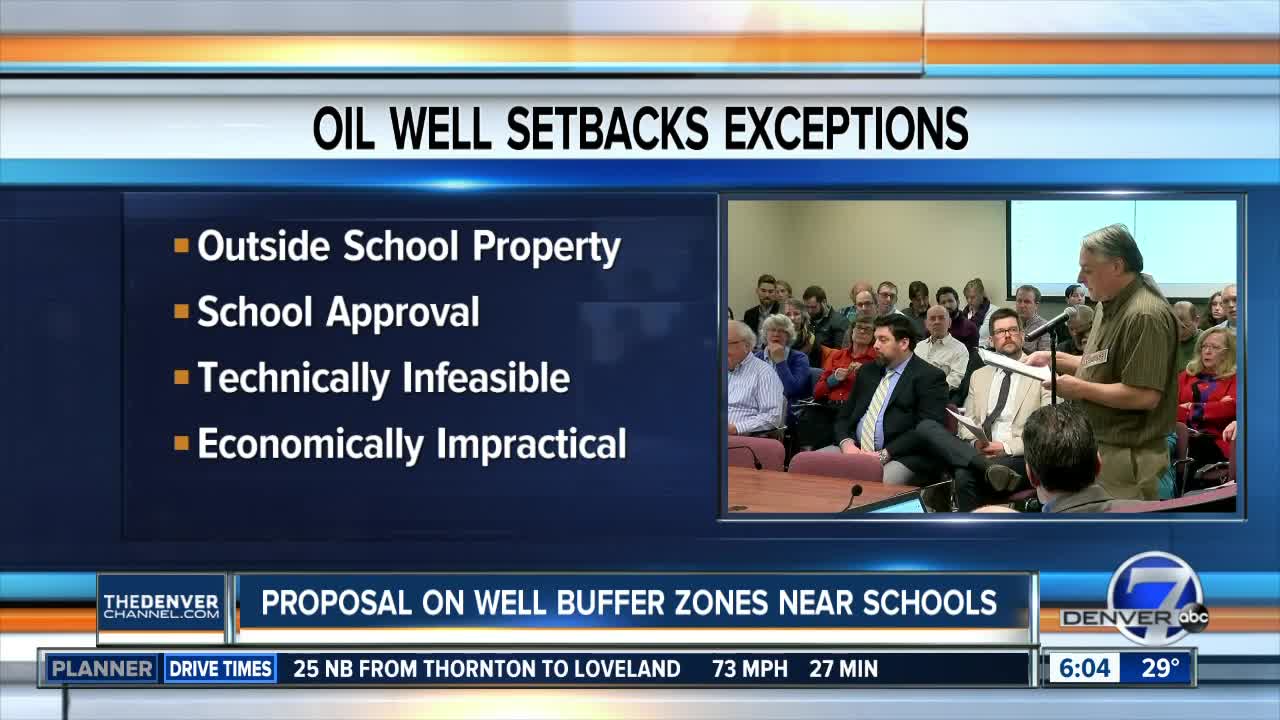 How close is too close for oil and gas operations and schools? This new proposal aims to include not just the school building, but athletic fields and playgrounds. 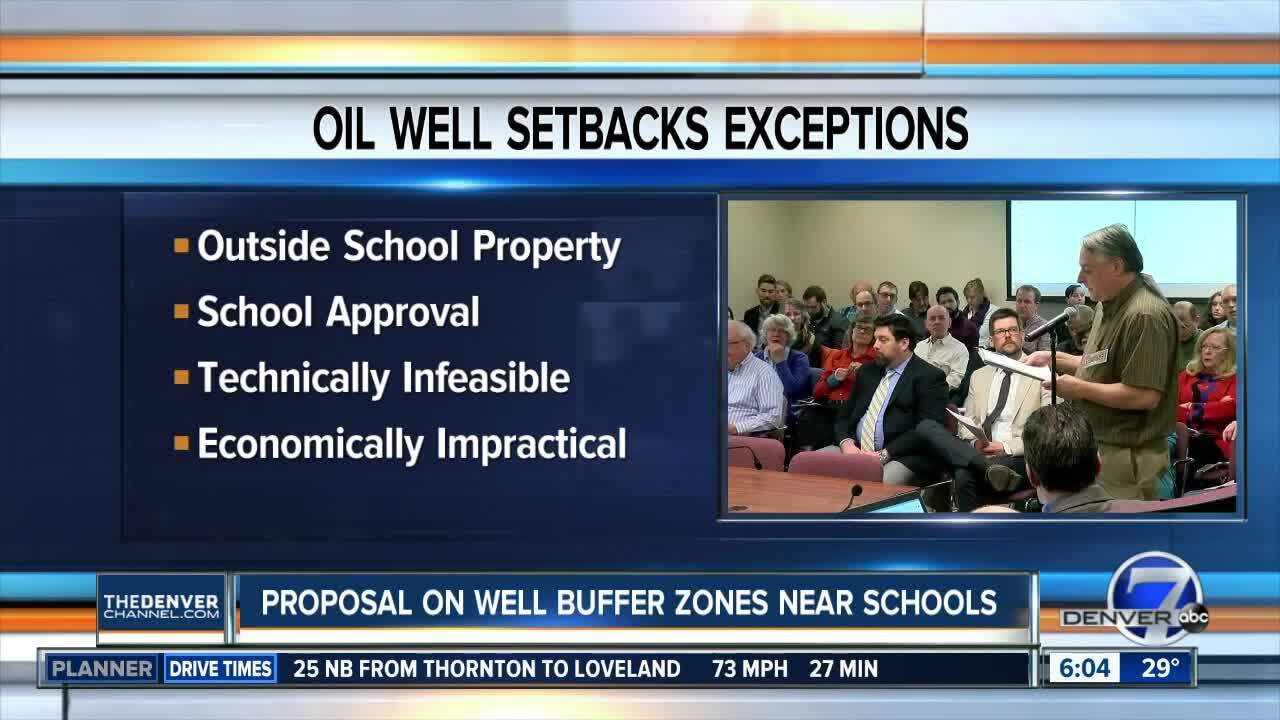 Oil and gas operations can’t currently operate within 1,000 feet of a school building. A new proposal could expand that safety zone beyond just the building to include its playgrounds and athletic fields.

The Colorado Oil and Gas Conservation Commission will discuss the proposal for new setbacks for oil and gas operations around schools during its meetings Monday and Tuesday.

“We believe it's ridiculous that we have to negotiate how close an industrial facility can be to a school and yet at the same time, we believe it’s imperative that we start to regulate and protect our kids when it comes to large scale industrial operations,” said Sara Loflin from the League of Oil & Gas Impacted Coloradans (LOGIC).

No operations would be allowed to exist within 1,000 feet of those areas if the proposal is passed.

There are several examples of schools where those operations already exist. For example, an oil and gas operation sits right outside of the current buffer zone of Bella Romero Academy in Weld County. The operations are about 600 feet away from the school’s soccer fields. Another oil and gas site is located about 500 feet away from the track and football field of Northridge High School in Greeley.

Loflin said her group has been pushing for this increased buffer zone for more than a year.

If approved, the rules could apply to future sites as well as some current operations.

The buffer zone would not apply to off-campus sites used for school-related activities, such as golf courses.

Groups that support the setbacks said they are cautiously optimistic about the changes, even if the proposed setback is not as big as they’d like.

“It's high time for change that begins to put public health, safety and welfare before the profits of the oil and gas industry,” Loflin said.

The proposed changes come a little more than a month after Colorado voters struck down a proposal to increase setbacks around all buildings and public areas to 2,500 feet. The backers of that proposal are already working on a new voter-driven initiative for the next election.

The public will have a chance to weigh in on the proposed rule change for school during the COGCC meeting on Tuesday.