'Earned Leave' as an option for paid family leave 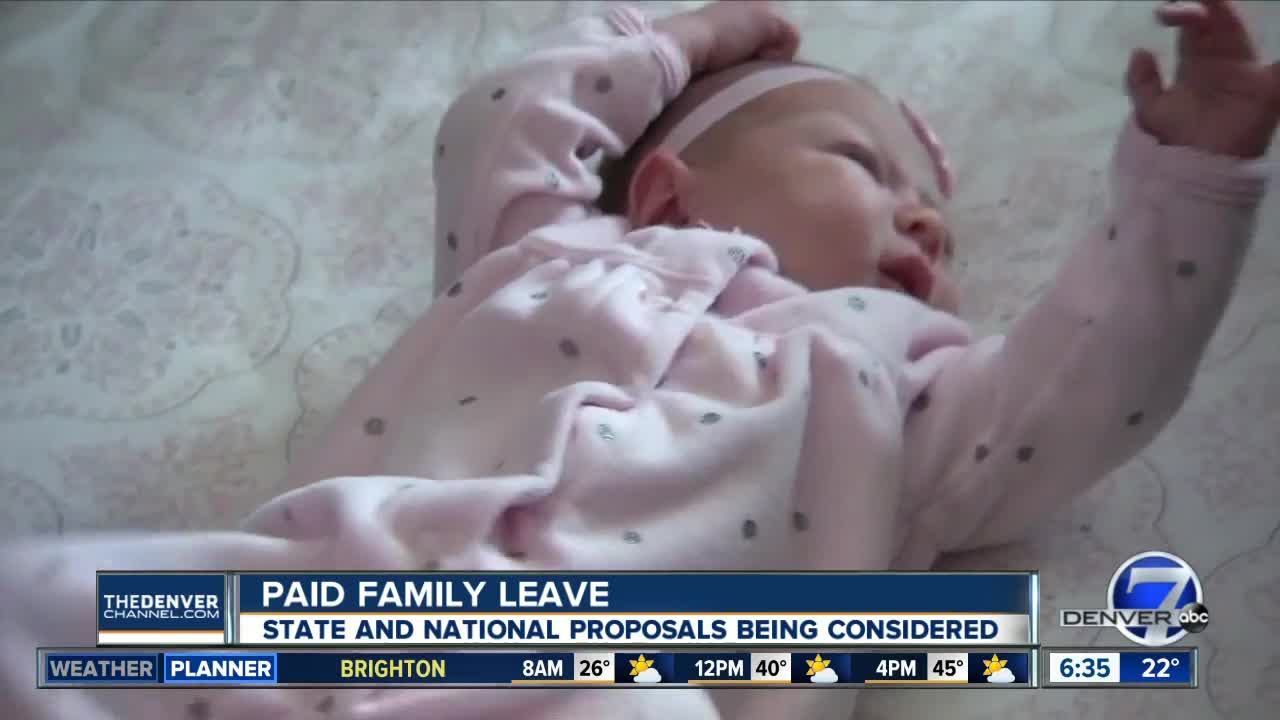 For many workers in Colorado, a new baby or a sudden medical issue means taking time off from work without receiving a paycheck. It’s a problem that state lawmakers have tried and failed to solve.

Now, as Colorado Democrats prepare to introduce another paid family medical leave bill, a proposal at the national level is sparking conversation: What if you could get paid now and, as a trade-off, work longer later?

That’s the idea behind Earned Leave, a proposal by the conservative-leaning Independent Women’s Forum. It would allow new parents to collect Social Security benefits early.

“You can take up to 12 weeks of pay replacement out of your own earned social security benefits, and in exchange for doing that, you agree to defer or delay your own collection of retirement benefits when you reach retirement age,” said Hadley Heath Manning, director of policy for the IWF.

The Earned Leave proposal only applies to parental leave, not medical leave. It would also require changing the law on Social Security. But the IWF says an advantage is that it wouldn’t cost businesses anything.

Colorado Democrats, on the other hand, are pushing for a social insurance program that both employers and employees would pay into. Their paid family medical leave plan would allow workers to collect a percentage of their salary if they take time off for a new baby, to care for a sick family member, or take care of their own medical needs.

Heath Manning, who was on Colorado’s 13-member Family and Medical Leave Insurance Task Force, says there are downsides to a mandatory insurance program. She pointed to a Pew Research Center study that found a wider gender pay gap in countries that have paid family leave, because companies may pay women less if they believe women will take more leave. The task force also struggled to reach an agreement on certain issues like when a worker should become eligible for paid leave, and how many weeks of leave should be allowed.

Heath Manning says both Democrats and Republicans support options for people to take time off from work without losing their income.

“My hope would be if we had a solution at the national level, like the Earned Leave proposal, that would take a lot of pressure off of states to intervene,” she said.