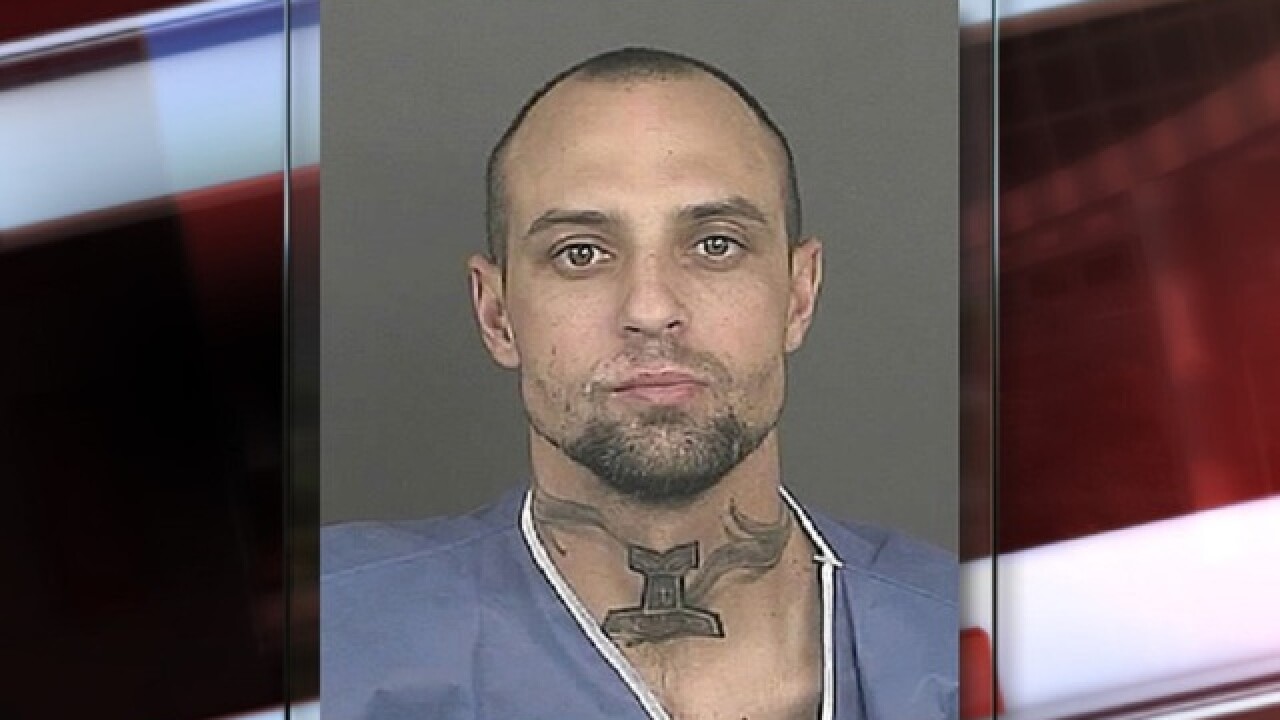 A new charge has been handed down to the man accused of shooting Denver Police Officer Tony Lopez Jr. in December.
Jason Wood appeared in Denver District Court on Monday, where he pleaded not guilty to aggravated robbery and attempted murder charges in connection with the Lopez case.
Jason Wood identified as suspect in shooting of Denver officer Tony Lopez Jr.
On the same day, Wood was charged with one count of possession of contraband – a charge that stems from an April 13 incident.
Wood apparently created a homemade knife using a fragment he took from metal crutches. He then allegedly hid the weapon inside his cell at the Denver Detention Center.
He is scheduled to appear in a Denver County courtroom for the new allegations later this week.
Wood shot Lopez five times during a December traffic stop, before fleeing the scene. At the time of the incident, he was wanted on a warrant for a Sept. 30 home-invasion robbery in Denver.
Police said Lopez was shot in an arm and both legs, and a bulletproof vest protected him from shots to his torso. He underwent several surgeries, and one week after the shooting, he took his first steps through the halls of Denver Health.
Earlier this month , Lopez was one of three ceremonial first pitches to kick off the Colorado Rockies 2016, as the Opening Day honoree for his heroic recovery. He was joined by his wife and the first responders who saved his life.
Scripps Only Content 2016