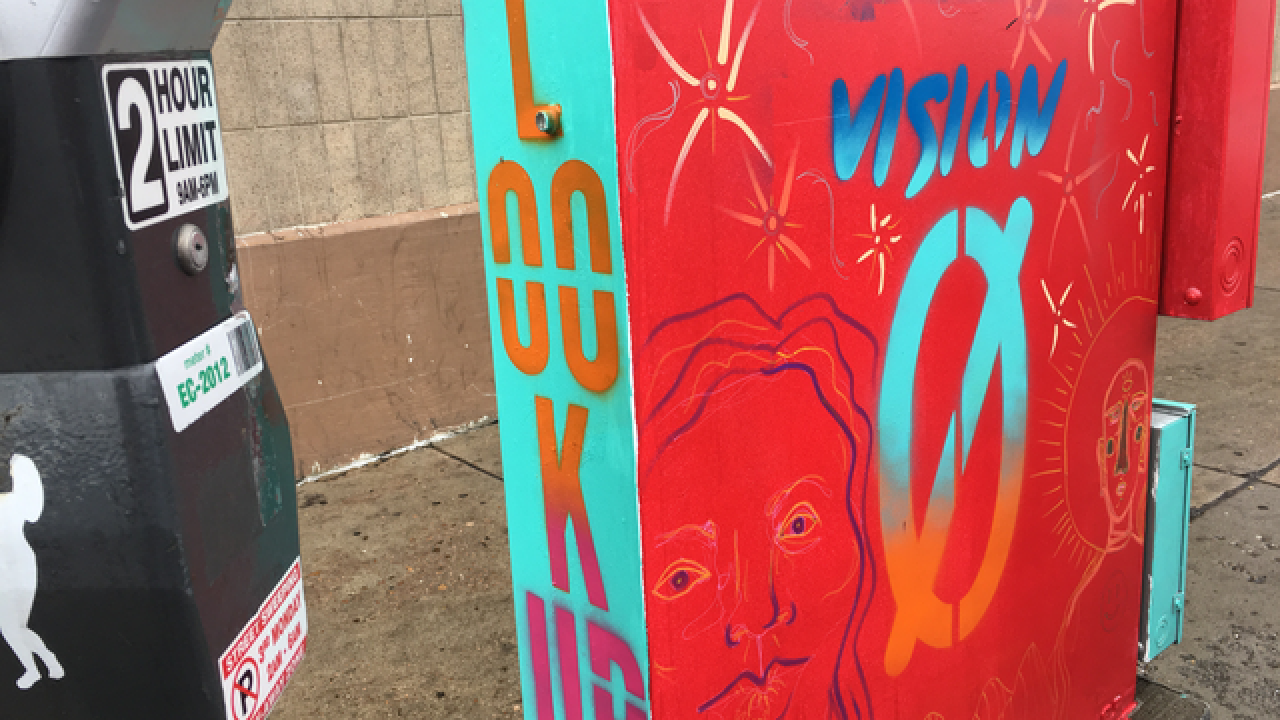 Copyright 2018 Scripps Media, Inc. All rights reserved. This material may not be published, broadcast, rewritten, or redistributed.
<p>If you’ve driven along East Colfax in the last few weeks, perhaps brightly painted utility boxes have caught your attention. The installments are part of Denver’s “Vision Zero” initiative. Mayor Michael Hancock’s office launched the effort with hopes of ending traffic deaths around the city.</p> 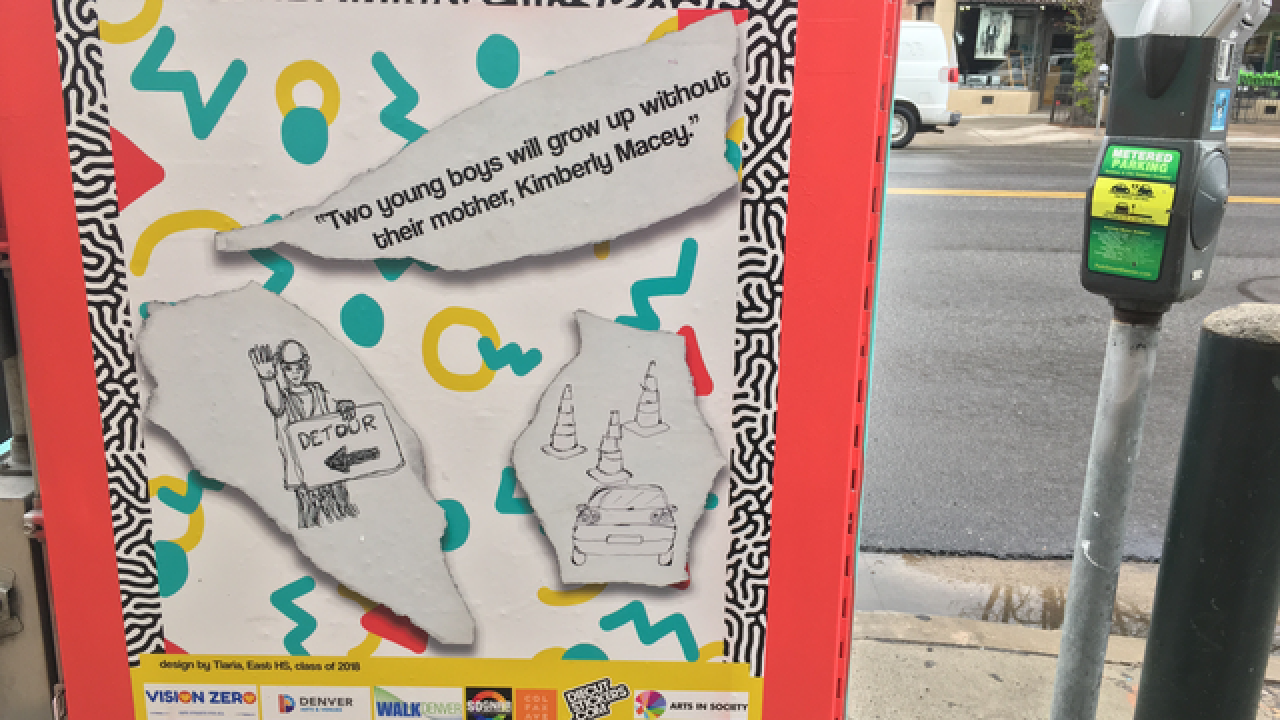 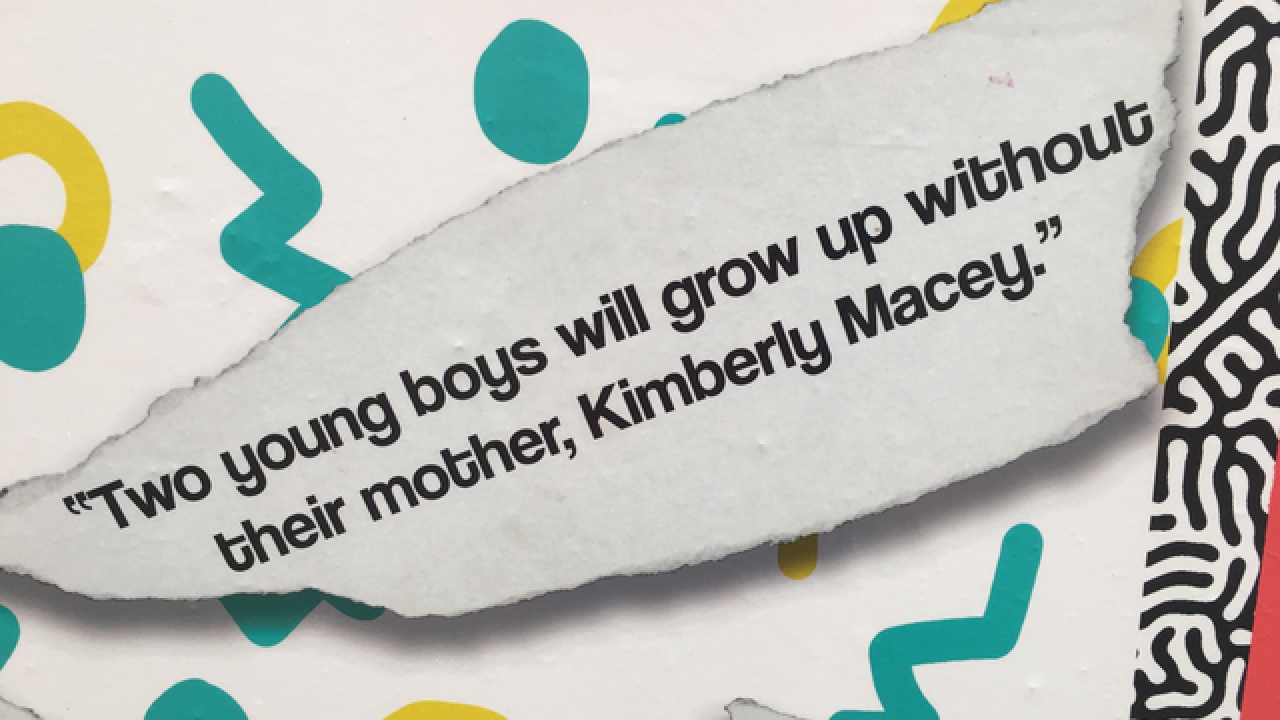 The installments are part of Denver’s “Vision Zero” initiative. Mayor Michael Hancock’s office launched the effort with hopes of ending traffic deaths around the city.

A bright “Vision 0” is painted on the street side of the utility box, to get the attention of drivers. On the other side, intimate messages from those who have either lost someone in a preventable traffic violence incident, or someone injured.

The people behind these eye-catching installments know the art itself won’t save lives, but they’re hoping the messages painted on the boxes incite awareness.

“I read a couple of them further down Colfax and it's really powerful, really moving,” Cody Meinhardt told Denver7.

For Denver neighbors like Meinhardt, it’s chilling that traffic deaths have become such a problem, an art project to raise awareness was needed. “Everyone shares responsibility," he said.

It’s that thought that is driving the project.

“Human life and well-being should be the most important consideration when we're making decisions about how to design our streets and our communities,” Jill Locantore said.

She is the executive director of WalkDenver.

It was her team, a group of East High School Students, artists and others who transformed 14 utility boxes along East Colfax.

Passersby said the boxes served as beacons of brightness along the active avenue.

“If you take the time to actually look up, like it says, and read the stories, it's a reminder that you know, it can happen to anyone if you're not paying attention and if the drivers aren't paying attention,” Meinhardt added.

Locantore said 50 percent of Denver’s traffic fatalities happen on 5 percent of our roads. East Colfax falls into that category.

According to the city’s Vision Zero website, more than 630 people have been killed across Denver since 2005.

Statistics show 250 people lost their lives while walking or biking to or from their destination.