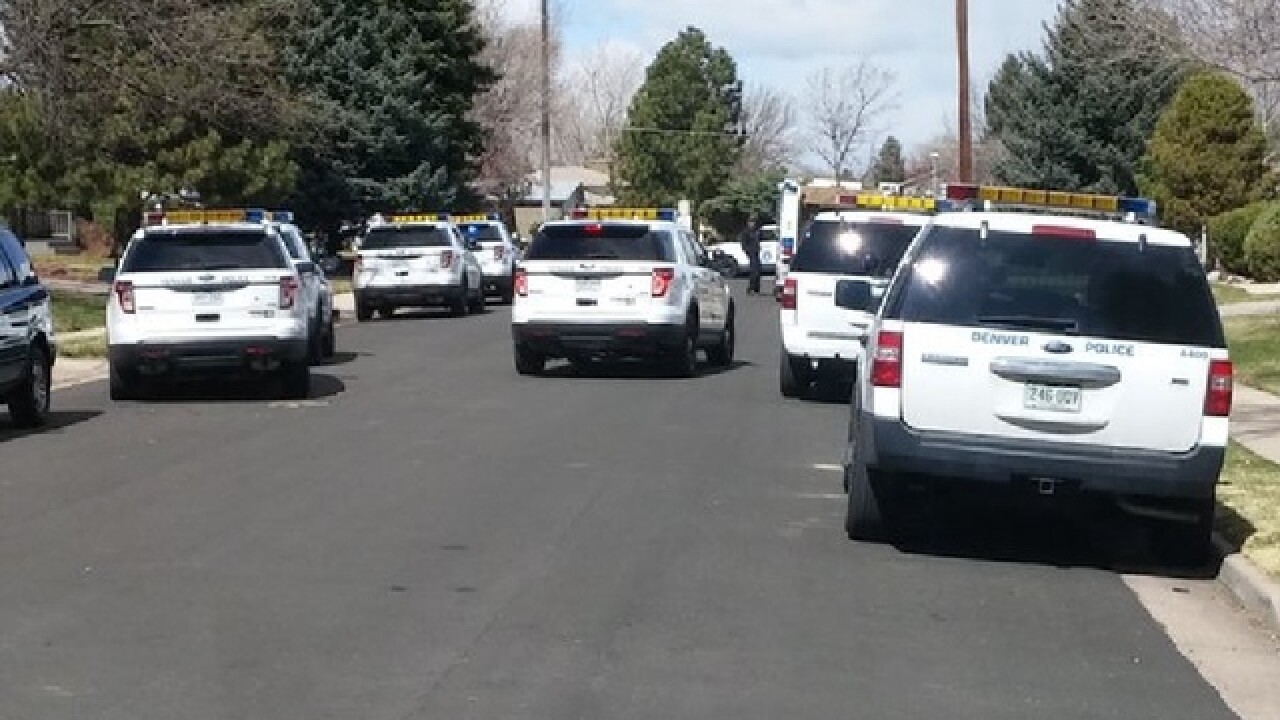 A man was rushed to the hospital after being shot in Denver, police said Wednesday.

Neighbors told Denver7 a woman shot her brother in the leg.

Sister (susp) and her brother( victim) have lived together for awhile with their small dog. Neighbors said they never knew of any problems.

It happened on Fulton Court, near East Hampden Avenue and South Havana Street.

Police put bags on the woman's hands, presumably to preserve any possible gunshot residue, according to Denver7 Photojournalist Daryl Orr.