Residents removed from homes during investigation 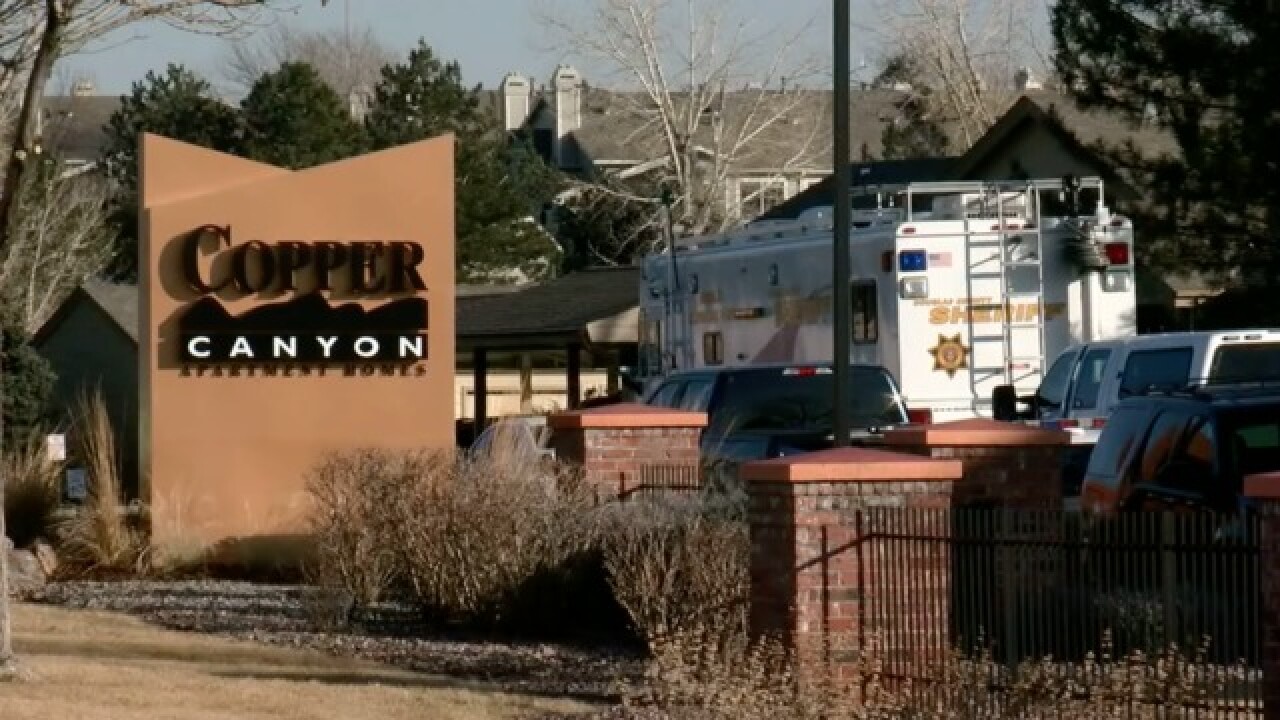 HIGHLANDS RANCH, Colo. – On Monday, neighbors who shared an apartment building with Sunday’s officer-involved shooting suspect were being allowed back into their apartments.

Many neighbors who lived in the building were forced out on Sunday night, because of the investigation activity, though there were still a handful of law enforcement officers at the Copper Canyon apartment complex along East County Line Road.

Connie Wetchie told Denver7 she lived in an apartment adjacent to the gunman. She described being home with her kids as the nightmare unfolded.

“I live right there on the bottom, in the same building. He lives right on top,” Wetchie said while pointing at one section of the complex.

Monday morning, Wetchie was back at Copper Canyon for the first time since her family was forced to evacuate Sunday night.

She described the events that led up to her family being pushed out. She said she was up at 4:30 a.m. on Sunday, tending to her 2-year-old daughter.

Wetchie mimicked the sound of gunfire.

She said she quickly crawled toward her 10-year-old and 15-year-old.

“I literally grabbed his body and pulled him on the ground. I told him to get down.”

She noted one of the wounded deputies outside her apartment—a woman, likely Deputy Taylor Davis.

“The cop was sitting there. She was like, 'I think I’ve been shot. I’ve been shot!' and she said, 'I feel something,' and the police officer was over there and talking on his walkie talkie and he's like, ‘We're over here!”

Wetchie’s account matched police scanner traffic: “Break, break, break. I have one officer with me, shot in the left arm. She is mobile. I need rescue to come to my location with a gurney. We're going to move her outside. Bring me a car.”

The chaos made it clear to Wetchie that the situation was much more serious.

“A police officer shot outside the window!”

The scene was much calmer Monday and all Wetchie could do was count her blessings. Looking at her apartment from a distance, Wetchie reflected, “I think those bricks probably protected a lot of people though.”

She said the most concerning part was the unknown: “It's pretty scary though, because you don't know what your neighbors are doing. You just don’t know.”

It was the unknown that brought law enforcement officers to the complex roughly two hours before Sunday’s deadly shootout.

Deputies were at Copper Canyon because of loud noises in the middle of the night. A noise violation call came in from an annoyed neighbor.

We asked Wetchie what she heard, “Just a lot of moving around and kind of banging on walls and stuff. I was thinking, ‘What were they doing? Maintenance? Late? You know, are they moving?’”

After officers left that initial 3 a.m. call, those sounds continued, another complaint was called in, then the chaos.

From police scanners: “Be advised two deputies have been evac'd, one with a chest wound, one with an arm wound.”

The shooter was a neighbor Wetchie barely knew.

“We've seen him around a couple times, but he seemed like a pretty normal person,” she said.

Matthew Riehl is the man who took the life of Deputy Zackari Parrish and injured six other people.

“You get woken up like this early in the morning, you know. You don't know what's going on, you don't expect something like that to happen,” Wetchie added.