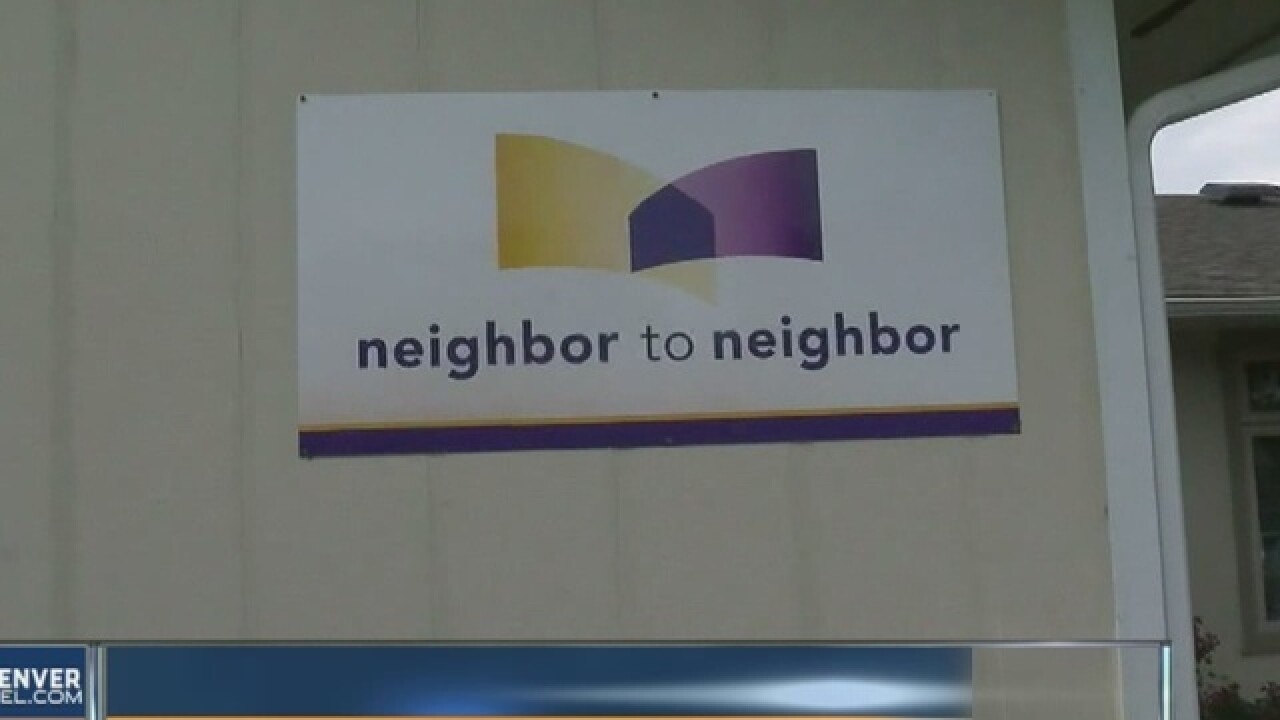 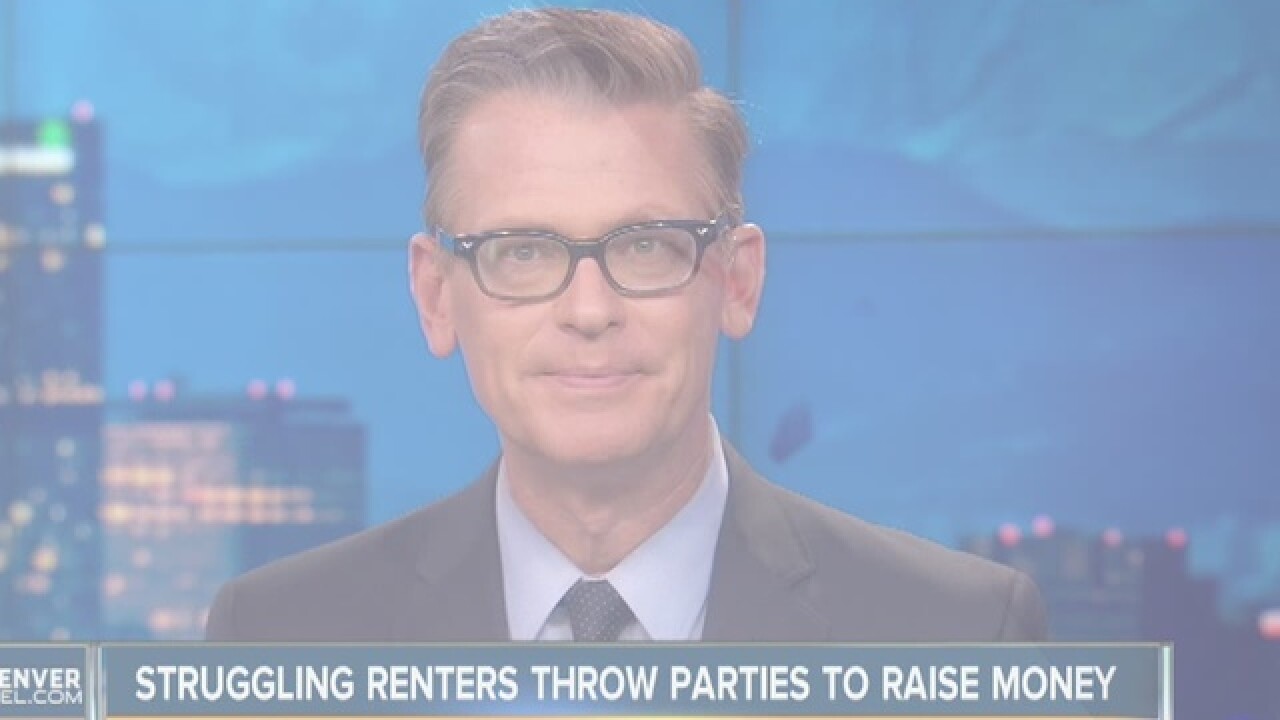 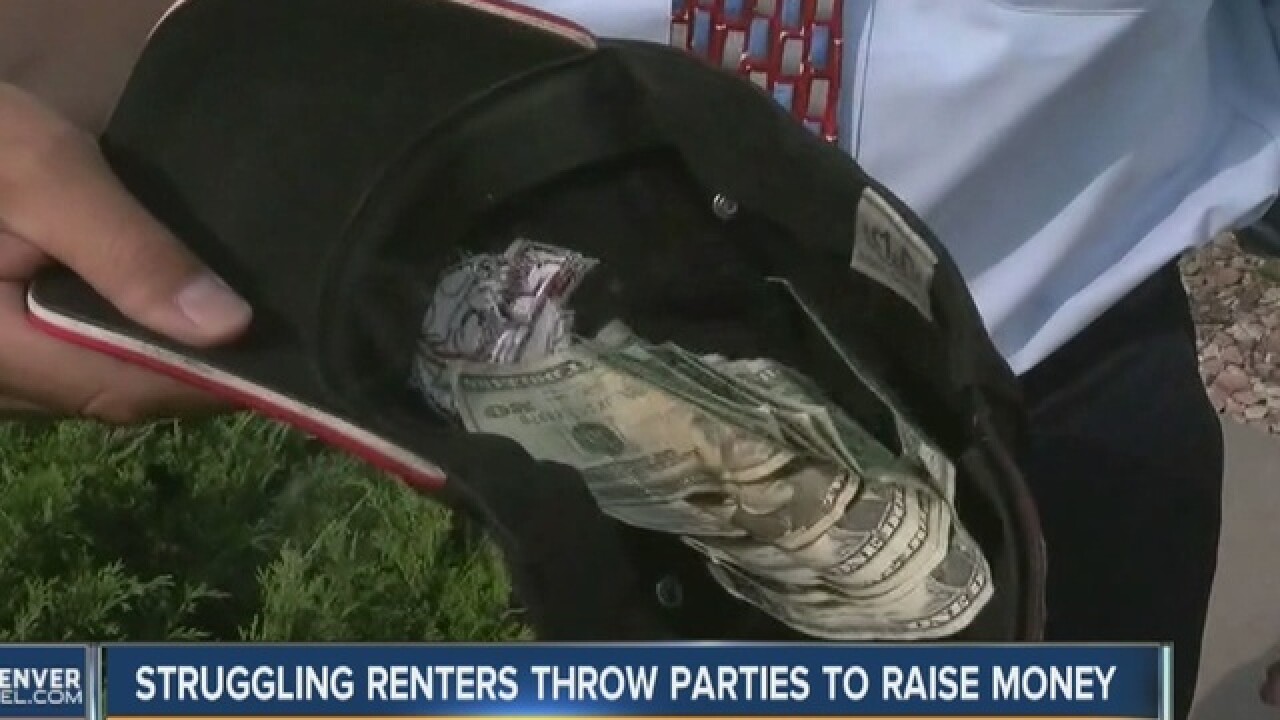 FORT COLLINS, Colo. -- Skyrocketing rents are nothing new along the Front Range.  Neither are the struggles to pay rent.

Neighbor to Neighbor, a Fort Collins nonprofit that works to keep people from becoming homeless, spends $175,000 a year providing emergency rental assistance in Fort Collins and Loveland.  The head of the nonprofit said there is a need for more money .

Program Director Steve Kuehneman said the average rent for a three bedrooms is about $1,550/month.

“People with fewer resources are often squished out of the market, which is definitely what we’re seeing along the entire Front Range,” Evans told Denver7.

Kuehneman said so many people have requested rental assistance that Neighbor to Neighbor has had to halt the program four times this year, when the nonprofit burned through its monthly allotment of cash.

Kuehneman suggested a novel way to help raise more funds for the program, after hearing a story on National Public Radio about Rent Parties in Harlem, during the 1920s.

“Folks would throw parties,” he said. “Many had been laid off.”

He said during those parties, the renters would request contributions to help pay their rent.

So Neighbor to Neighbor is trying something similar.

It is helping to promote rent parties for people in the community who are willing to host them in order to help others.

“We’ll help with the invite, marketing and outreach,” he told Denver7. “We’ll promote our mission to the people who attend.”

There has been one rent party so far.  It was hosted by a state representative.

“She made pizza while everyone mingled and had a great time,” Evans said. “We raised about $1,100 in just a couple of hours.  That kept three families housed.”

Evans said anyone can host a party in their apartment, their house or their country club.

“During the party, they pass a hat around to raise money for rent assistance,” she said. “People can contribute $5 or $500.”

“I know it’s helping a lot of people,” the client said. “I just wish there were more places to spread the wealth because there is a huge need.”

Another renter wrote to the nonprofit saying: “Thanks to all the help that I received from Neighbor to Neighbor, my kids and I are not in the streets.”

A second party is being planned in September.

Kuehneman said eventually, the nonprofit will try to hook up hosts with a local musician and perhaps an alcohol vendor who may be willing to help.

The rent parties are an added way to raise money.

“We want a diversified funding source,” Kuehneman said, “because there is such a great need.”