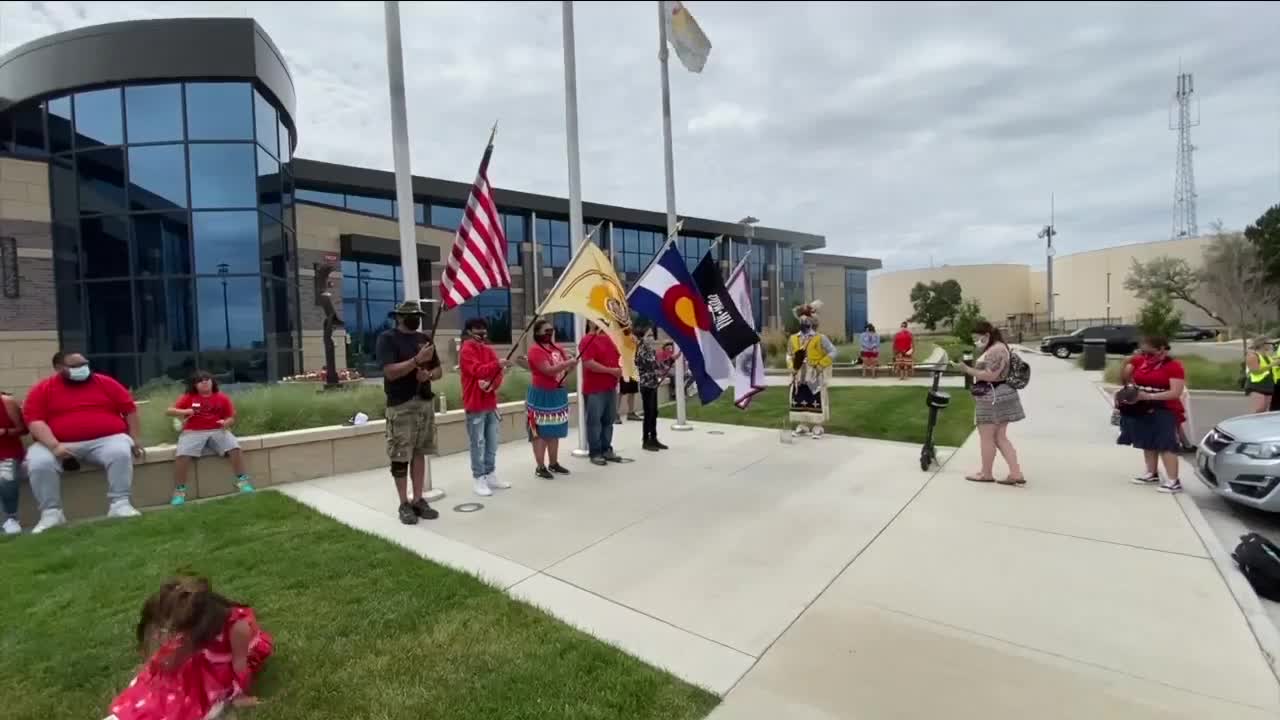 A Northglenn couple whose tribal and American flags were stolen July 4, say they want the thief charged with a hate crime. 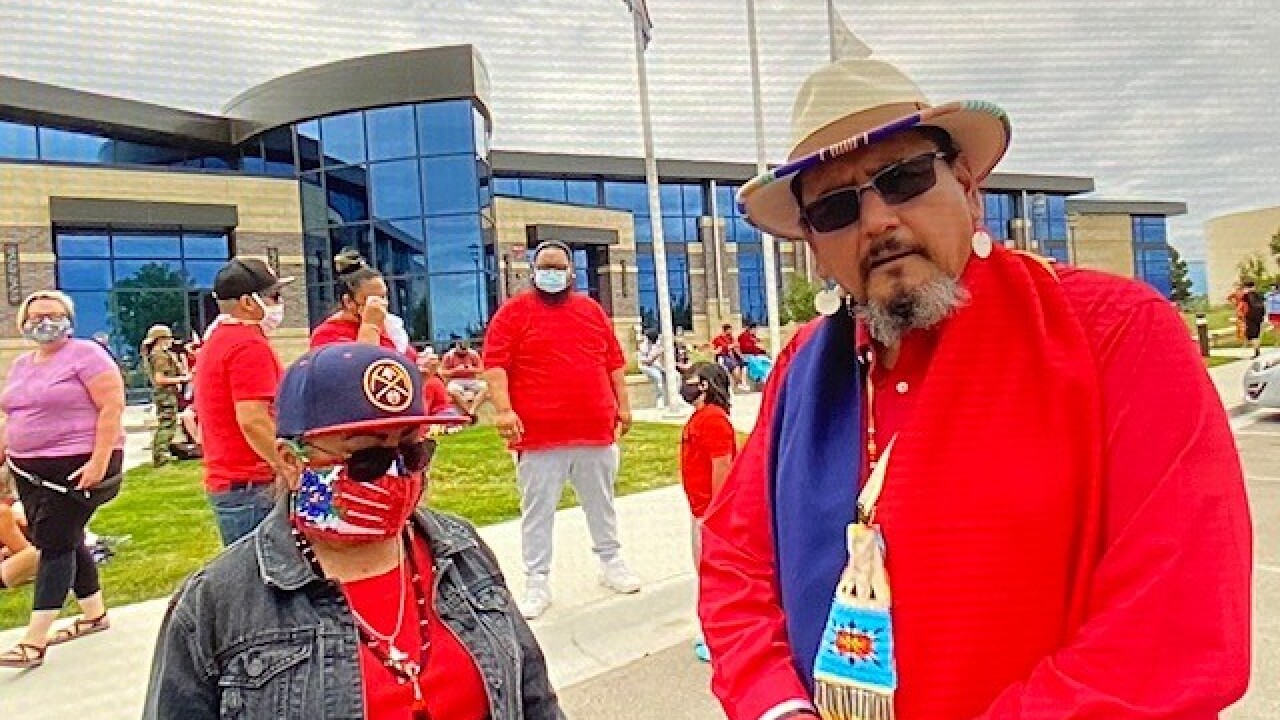 NORTHGLENN, Colo. — A Northglenn couple whose tribal and American flags were stolen July 4 say they want the thief charged with a hate crime.

Gerald and Linda Montour, along with their supporters, marched to Northglenn police headquarters Sunday to bring awareness to their cause.

The Native American couple said they were out of town when the thief struck.

"We leave during the Fourth of July because the fireworks stress me out as a veteran and they stress my dogs out beyond control," Montour said.

The couple noticed three flags missing when they returned: A Dine Nation (Navajo) flag, a Cheyenne River Lakota Nation flag and a U.S. flag that was flying upside down.

They immediately checked their Ring doorbell camera and what they saw made them feel disrespected, they said.

"I saw this person drive up to our home," Montour said. "He came onto our property, took the flags out of our flag stands, took the poles out and smacked our screen door with them, in a gesture of abuse, or a display of power, or something."

Montour said the thief proceeded to challenge them while looking at the camera.

The recording included the phrase, "Bring it mother..."

Montour said he was angry after seeing the video.

"We actually got into my truck and drove around looking," he said. "We drove around about an hour and a half looking all over the neighborhood. We didn't find anything."

He called police and publicly posted the video, which generated some leads.

He said he, his wife and their flags were disrespected, and that the flags were desecrated.

He said he asked police to add a "hate crime," or "ethnic intimidation" charge against Nichols.

"It wasn't a hate crime, it was a respect crime," the suspect told Denver7 by phone. "My flag was flying upside down."

Nichols said he had no idea the Montours were Native American. He said he was just upset that the U.S. flag was flying upside down on July 4.

When asked why his U.S. flag was upside down, Montour said it was a "sign of distress."

He said Native Americans have been heavily impacted by the COVID-19 pandemic, particularly the Dine (Navajo) Nation. He said that's what the distress referred to.

The Northglenn veteran said he's not happy that Nichols was just issued a summons.

He also said a second man, on a motorcycle, who stopped in front of his house and acted as a lookout for Nichols, should have been charged, but police said no one else was cited in connection with this case.

"I told them this was white privilege at its best," Montour said, noting that a Black Lives Matter organizer in Florida was charged with felonies after taking a flag during a pro-police rally in downtown Miami.

Northglenn police spokeswoman Renae Lehr said every state has their own laws.

"The fact that Native American flags were stolen does not alone meet the statutory requirements of a bias-motivated crime," Lehr said.

She added there was "not sufficient evidence that the suspect intended to harass or intimidate Mr. and Mrs. Montour because of their actual or perceived race, color, ancestry or national origin."

Nichols said he admits he took the flags but said it wasn't about hate.

"I don't even know who lives there," he said.

The Montours aren't convinced. They said it appears that someone may have been "casing out" their house before the flags were stolen.

Initially, Montour said he didn't want his flags back, because of the "hate" they'd come into contact with, but he talked with tribal elders to get their opinion.

"Tribal flags represent a nation of people and they need to be retired in a ceremonious way to remove that hate from them," he said. "So I've asked that the flags be returned so that can happen."

Nichols said he burned the native flags, but gave the American flag back to police. Police told Denver7 they have the flag, and will return it.

Montour said he's not going to give up the fight for more accountability.