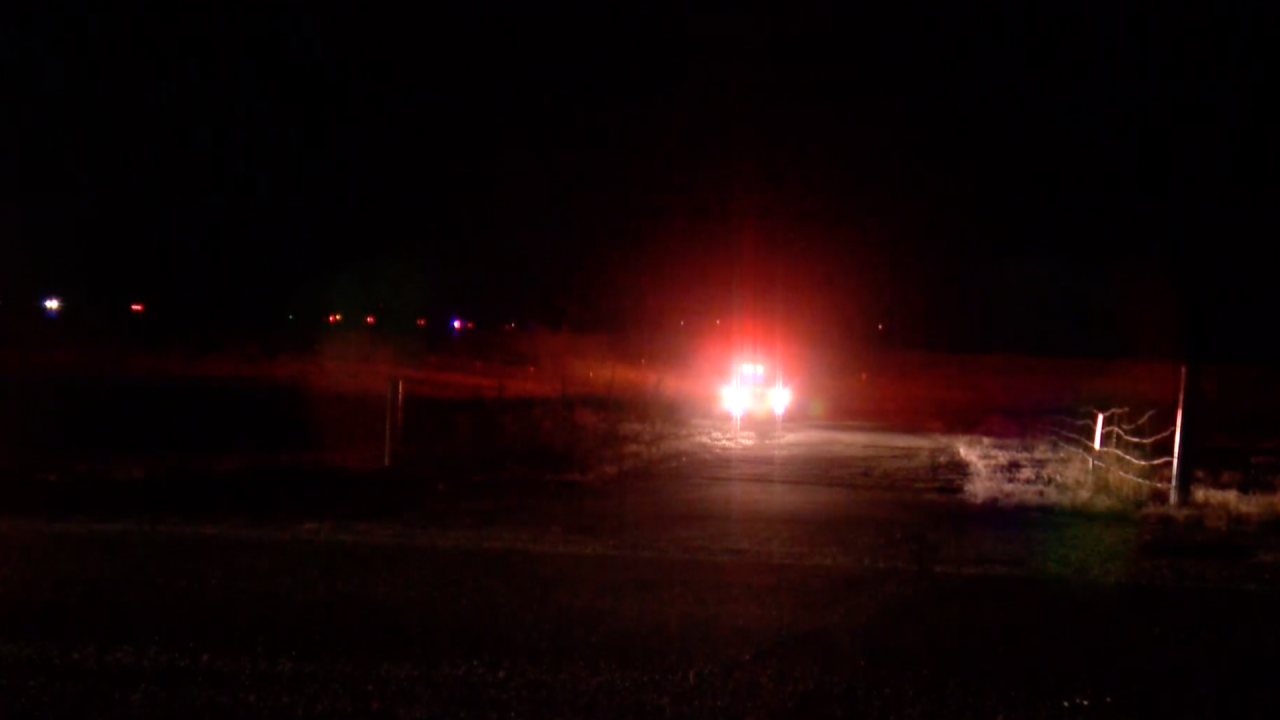 Copyright 2020 Scripps Media, Inc. All rights reserved. This material may not be published, broadcast, rewritten, or redistributed.
KOAA
An investigation into the discovery of two bodies Tuesday night near I-25 and the Ray Nixon Power Plant in El Paso County involves a murder-suicide and two teenagers, according to a source close to the investigation. 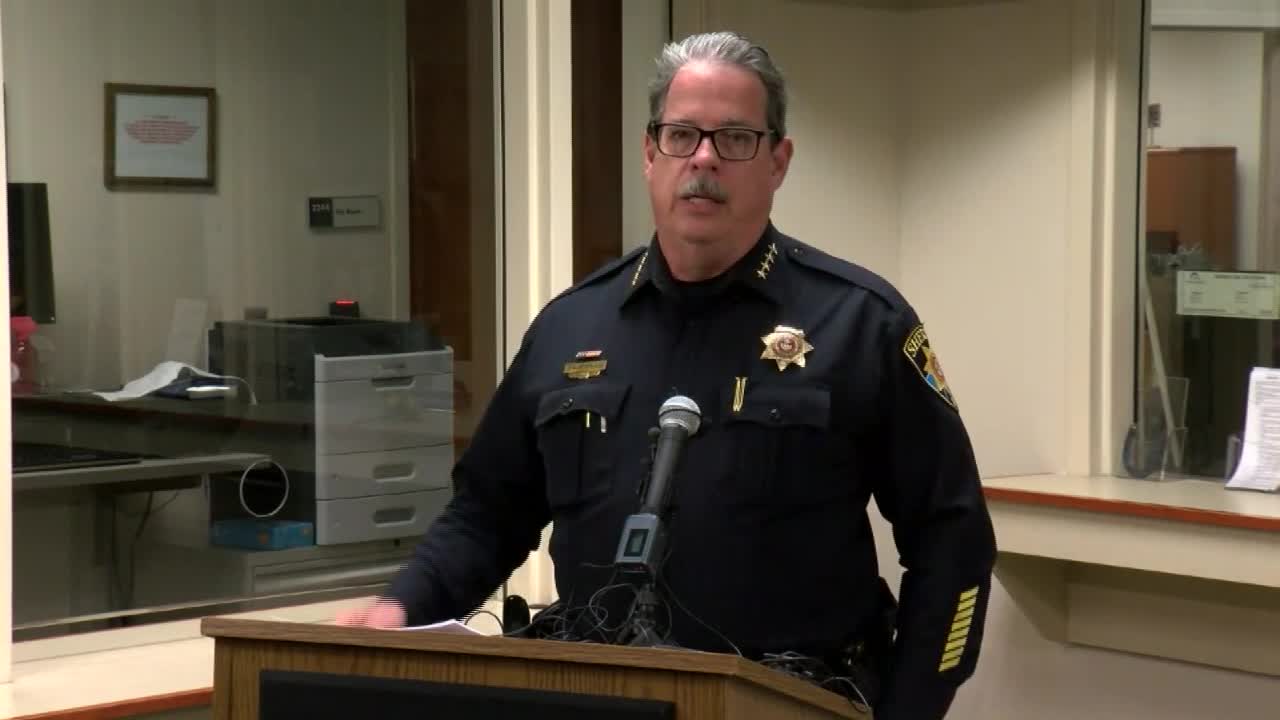 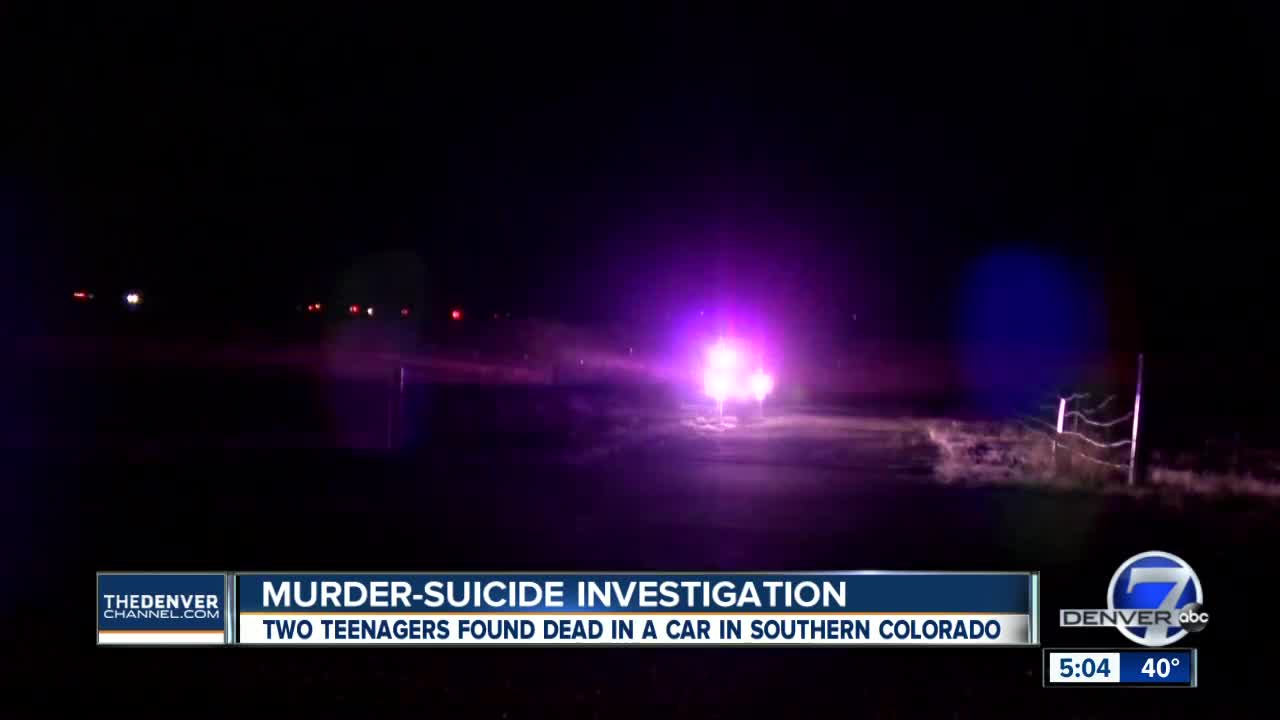 EL PASO COUNTY, Colo. – Authorities are investigating what they believe to be a murder-suicide involving two teenagers from the Denver metro area that happened Tuesday – starting in Highlands Ranch and ending on the side of I-25 near Fountain.

Douglas County Sheriff Tony Spurlock said at a news conference Wednesday afternoon that the suspect in the murder, 18-year-old Samuel Hoffman, of Littleton, is believed to have killed the victim, a 17-year-old girl identified by the El Paso County Coroner's Office on Thursday as Mya Pena, in a parking lot near Mile High Academy in Highlands Ranch.

The girl had left the school around 3:15 p.m. Tuesday and gotten into the car with Hoffman, Spurlock said. They drove across the street from the school to the parking lot, and between 3:15 and 3:30 p.m., investigators believe Hoffman killed the girl, according to Spurlock.

Around 3:30 p.m., the Arapahoe County Sheriff’s Office called Spurlock’s office and asked deputies to assist the ACSO and Littleton Police Department in looking for the girl, who had been reported missing by that time.

Between 3:30 p.m. and 7:45 p.m. additional agencies, including Colorado State Patrol, Colorado Springs Police Department, Fountain Police Department and the El Paso County Sheriff’s Office, got involved in the search and were able to use phone pings to track the vehicle.

At 7:45 p.m., police from Fountain and CSP troopers found the car pulled over on an offramp from I-25 near Fountain. Just after officers made contact with Hoffman, he committed suicide with a single gunshot, Spurlock said. A .22-caliber pistol was recovered inside the car.

Also found in the back seat of the car was the 17-year-old girl’s body. Her cause and manner of death have not been determined by the El Paso County Coroner’s Office.

Hoffman and the victim had been friends for years, Spurlock said, adding that “at some point their relationship grew stronger.” But he could not elaborate further on the nature of their relationship. The sheriff's office said that Hoffman attended Littleton High School until December 2018, when he left school to attend a GED program at Littleton Public Schools. He dropped out of the program in April 2019, the sheriff's office said.

He also said there was an ongoing investigation into how Hoffman was able to get ahold of the gun, which a person under age 21 cannot buy in Colorado. Spurlock said investigators were working backwards in time to determine what happened with Hoffman over the past few months and speaking with people close to him to figure out how he got the gun and anything else that may have happened.

Spurlock said that they would be looking into Hoffman’s mental health condition and whether or not he and the victim were having issues with one another. He said that Hoffman had shared concerns about his own behavior on social media, which led to a tip to Littleton police and the ACSO. Spurlock also said that investigators were going through surveillance cameras from near the school and other places.

Spurlock read a message from Mile High Academy at Wednesday’s news conference in which the school said its hearts go out to the family of the girl and that it was working with the sheriff’s office during the investigation. The school said it would have counselors on hand to help students and staffers cope with the incident and try to get back to normal.

Spurlock called the whole case a “horrible tragedy” and urged anyone in the midst of a mental health crisis or who knows someone who is to reach out to the numerous resources available, including law enforcement, so that authorities can “intervene in a tragedy like this.”

“Our hearts go out to the families of both of these young people whose lives were lost,” Sheriff Spurlock added in a statement. “We know this is a difficult time for friends and family, we want you to know that we mourn with you. We will work diligently to find answers for everyone involved.”