19 of 29 students on board taken to the hospital 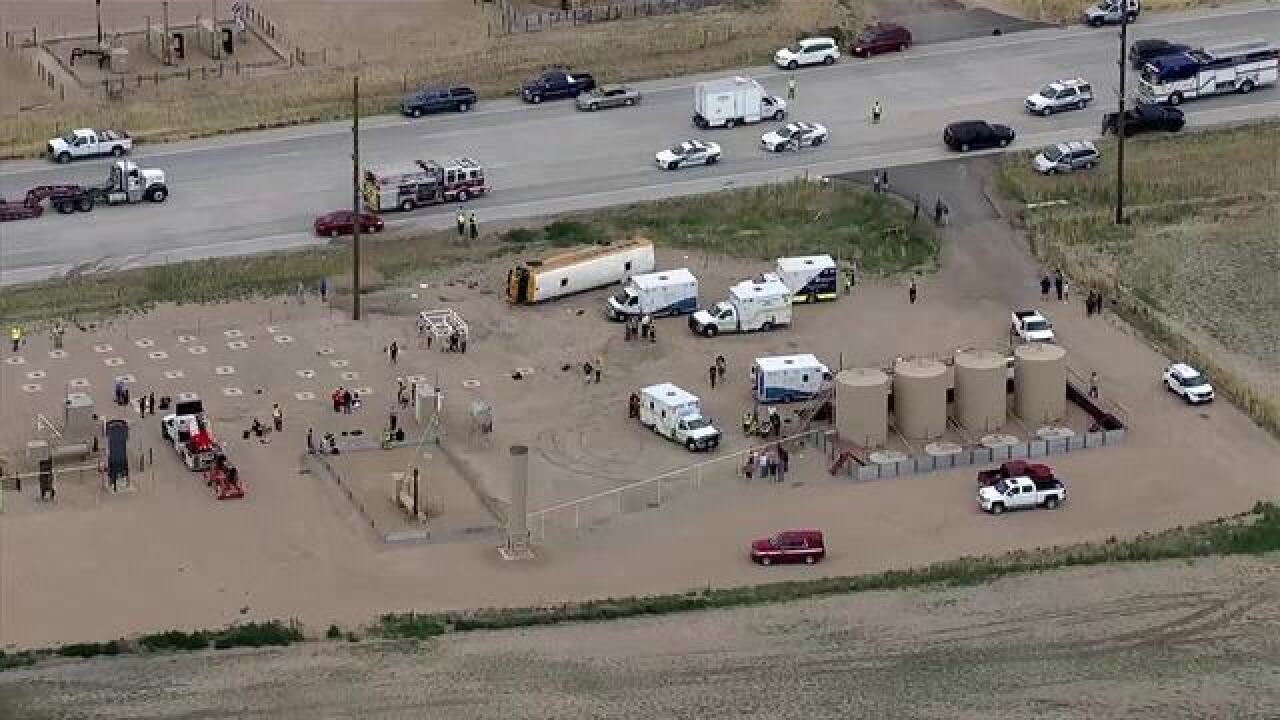 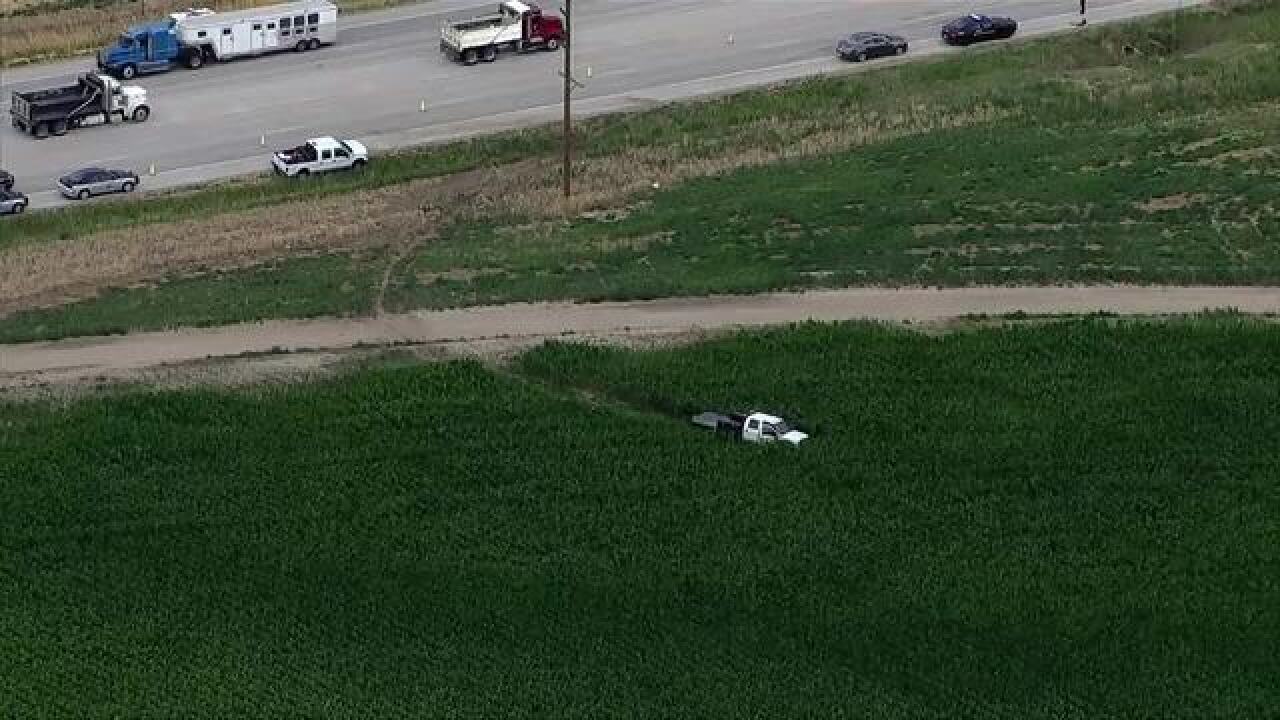 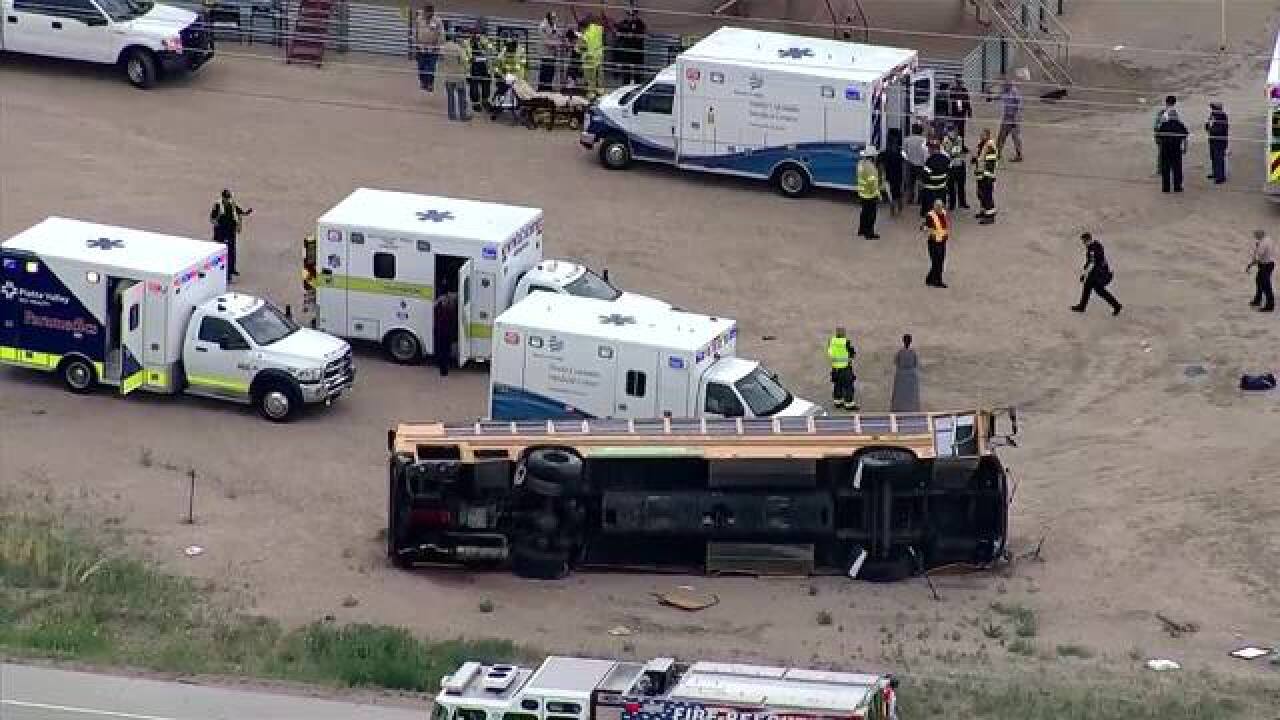 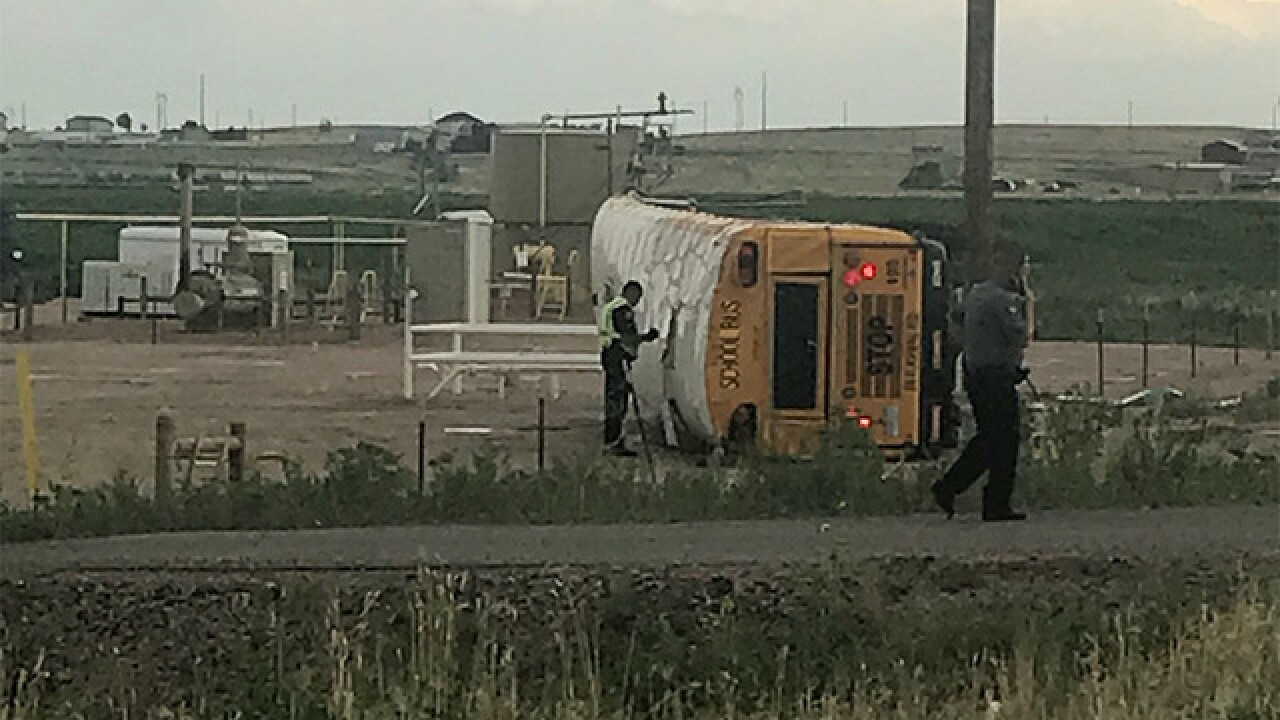 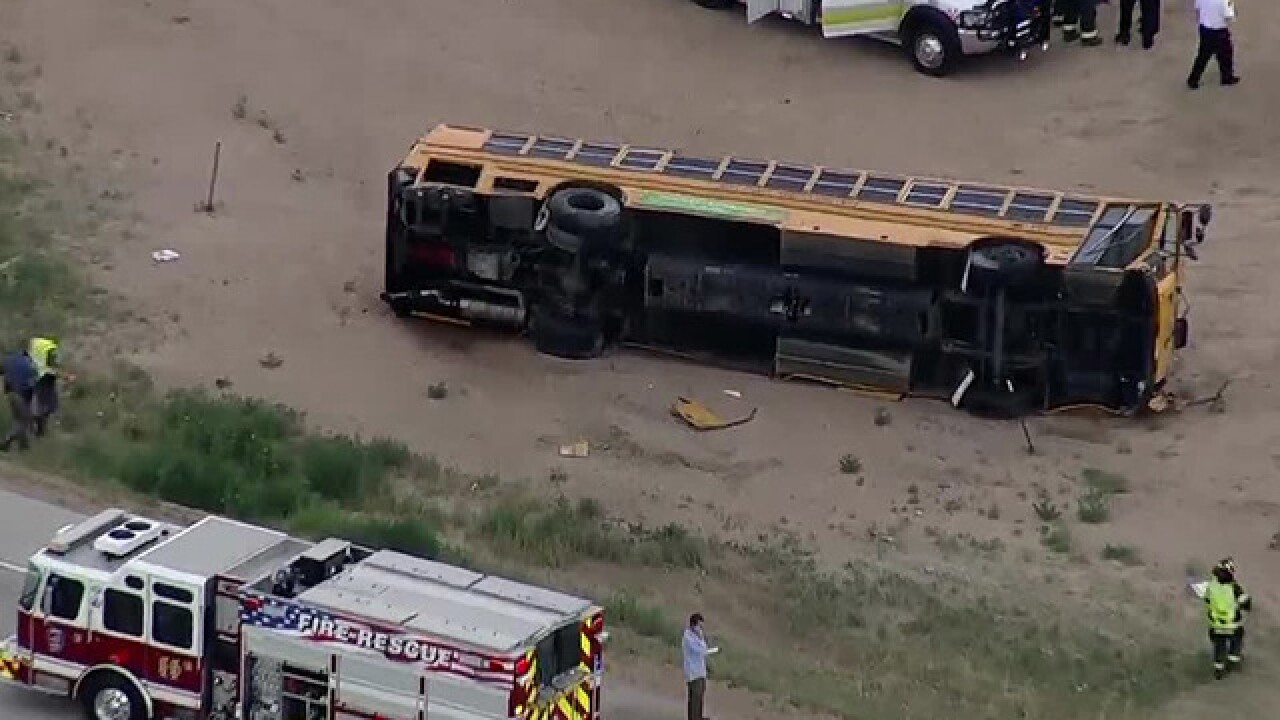 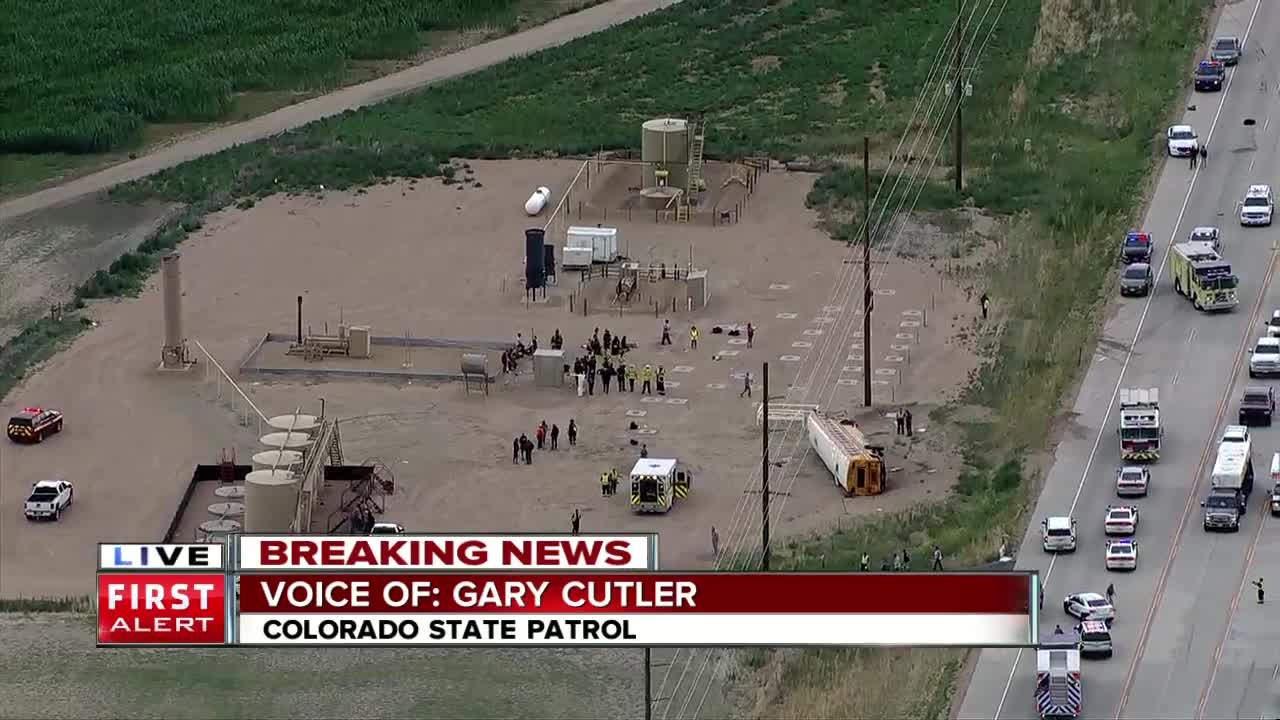 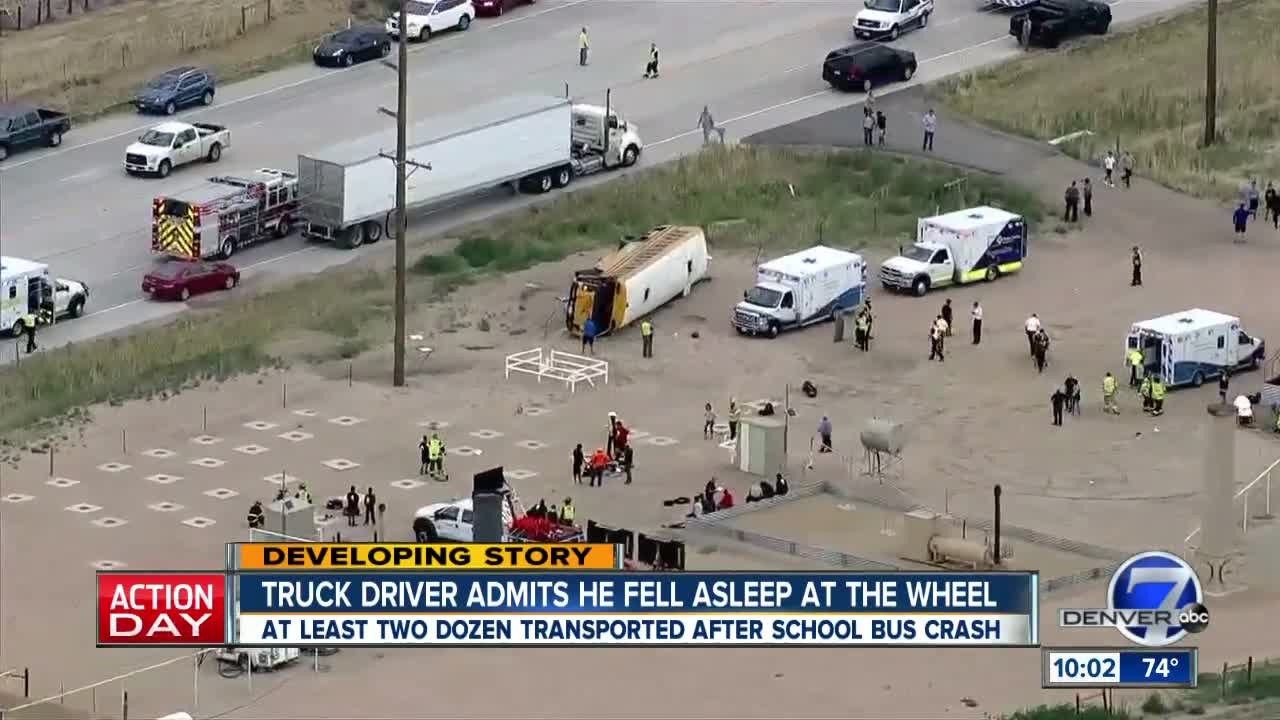 According to Casey Pearson, a spokesperson with Greeley-Evans School District 6, 35 people were on board the bus — 29 high school students from both Northridge High School and Greeley Central, four adult chaperones, a child belonging to one of the adults and the driver.

Pearson said the group was returning home from a field trip to Elitch Gardens when the crash occurred. Of the 27 people injured, nineteen students were taken to four different hospitals.

Children's Hospital in Aurora received six patients ranging in age from 15 to 18-years-old, and all were in good and fair condition Thursday evening, according to a hospital release.

Weld County bus crash occupants transported to various hospitals with minor to serious injuries. None are known to be life threatening injuries.

A spokesperson for North Colorado Medical Center in Greeley said that hospital had received 17 patients; at least three of which had been treated and released, according to a hospital spokesperson.

New numbers from NCMC:
- 8 patients have been treated and discharged
- 6 patients are still in the ER in good condition
- 2 patients will be staying the night in the hospital in fair condition
- 1 pediatric patient was airlifted to another hospital in serious condition#Denver7

Platte Valley Medical Center said Friday morning that five of six patients had been treated and released. One person remained in the hospital in good condition.

The bus driver received the most severe injury, Pearson said. But it's unclear what condition the driver was in as of Thursday evening. Officials have not publicly identified the bus driver.

Emergency responders arrived at the scene of the crash on County Road 49 near the intersection of Country Road 24 3/4 near Hudson around 4 p.m.

Troopers said the driver of a flatbed truck told them he was traveling northbound on County Road 49 when he fell asleep, drifted into the southbound lanes and sideswiped the school bus. The driver was identified Friday as William Carroll, 36, of Littleton. He was not hurt.

The collision caused the bus to veer off the road and roll one and a quarter times, troopers said. It came to a rest on its side at an oil and gas site near the intersection of the two county roads.

The truck was seen stopped several feet away in a cornfield.

After the crash, all 35 passengers were able to get out by themselves, according to Stephanie Cooke with the Platte Valley Fire. Workers from the nearby oil and gas site helped the injured while first responders arrived to the scene, Cooke said.

Troopers said the driver of the flatbed truck could face careless driving charges.