Much of Colorado backcountry under avalanche watch Thursday, Friday as new storm moves in 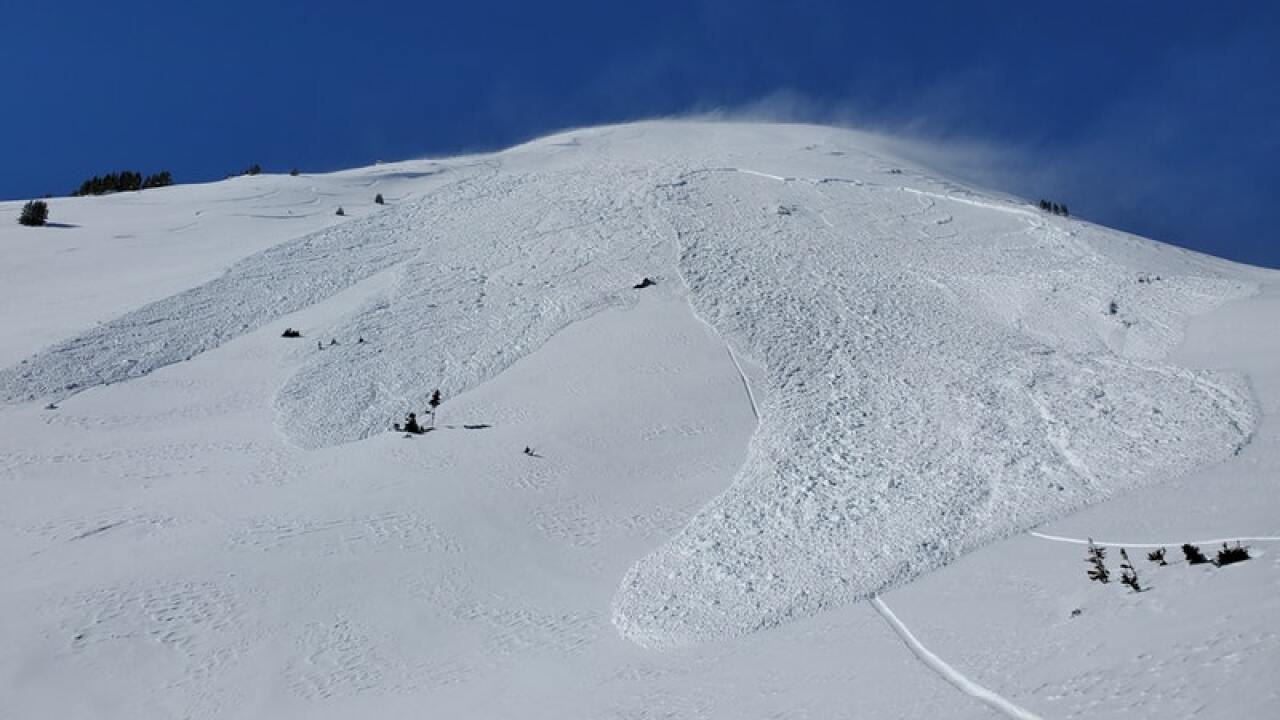 Colorado Avalanche Information Center
CAIC said this avalanche was triggered by a skier near Loveland Pass on Feb. 2, 2020.

Multiple areas of Colorado's backcountry are under an avalanche watch until noon Friday as the next snowstorm moves into Colorado, and CDOT is expected to close several mountain highways Friday at times for avalanche mitigation work.

According to the Colorado Avalanche Information Center, at 6 a.m. Thursday, an avalanche watch was put in place for the following zones: Steamboat and Flat Tops, Vail and Summit County, Front Range, Sawatch, Aspen and Gunnison. The threat of an avalanche is listed as "considerable" Thursday, but the risk will increase to "high" Friday. CAIC said it doesn't recommend traveling in avalanche terrain in these areas on Friday.

Heavy snowfall and strong northwesterly winds will build unstable drifts and quickly load up weak layers, CAIC said. By Thursday afternoon, conditions will be perfect for skiers or snowboarders to trigger avalanches, but natural ones are also very possible.

"Prepare for rapidly changing conditions and a sharp increase in avalanche danger as this storm progresses," CAIC said.

Any avalanches along the Front Range, Sawatch, Gunnison, Aspen, Vail and Summit County, and Grand Mesa would likely be large enough to bury, injure or kill a person, but not big enough to bury cars or destroy buildings. The avalanches in Steamboat and Flat Tops could be small or large, CAIC reported.

CDOT said no vehicles would be allowed to park along Vail Pass, with extremely heavy snow expected in that area. It said any avalanches that bring snow down onto highways will delay highway openings.

“Expect and be prepared for long delays and possible extended closures,” CDOT advised in a bulletin. “Have your winter survival kit in your vehicle and make sure your vehicle is properly equipped for winter driving. Be responsible – if you aren’t prepared to drive in these conditions, don’t.”

When exploring Colorado's snowy backcountry, keep an eye out for cracks or collapses in new snow. If you hear a "whumpfing" sound, go back to a safe area, as this is an obvious sign of instability, CAIC said. You can find the latest information on avalanche risk on CAIC's website here.