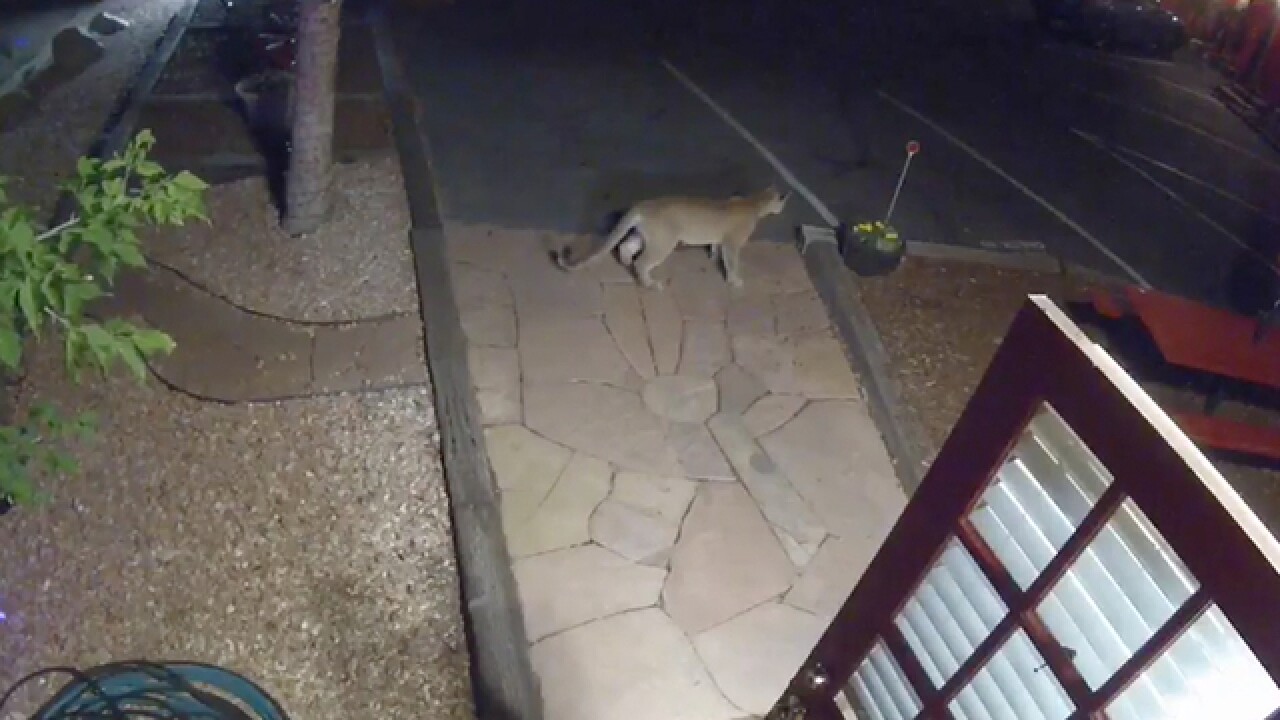 BOULDER, Colo. (AP) — A mountain lion has been caught on surveillance camera dashing to the doorstep of a Colorado motel office, venturing toward the open doorway and then wandering away.

Colorado Parks and Wildlife spokesman Jason Clay says nobody was hurt in the Sept. 9 encounter.

Video from a week back of a mountain lion visiting a Boulder motel.

An evident reminder why not to leave your door wide open ... AND ... Also why it is important to keep your dogs on a leash when living/visiting/recreating in lion country. You never know what you may encounter. pic.twitter.com/VpJzllLPII

The Boulder Daily Camera reported Tuesday the lion approached the Foot of the Mountain Motel on Boulder's west side. Just after entering the camera's view, the lion pauses, as if startled. Clay says that was when the lion spotted motel guests with a dog on a leash.

Clay says the guests and their dog returned to their room and there was no trouble.

In August, a mountain lion entered a Boulder home and killed a house cat, and another was tranquilized and relocated from under a porch.