Motorcyclist killed in crash on I-70 in Golden; police looking for witnesses 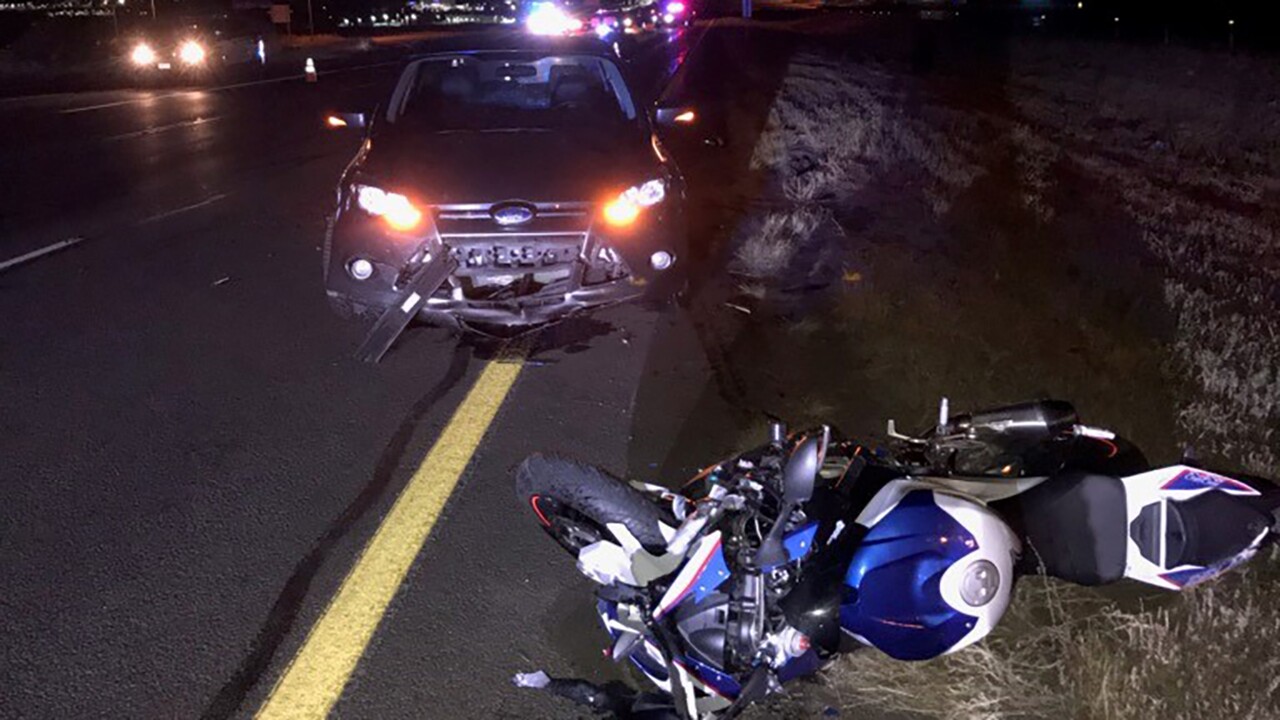 Copyright 2019 Scripps Media, Inc. All rights reserved. This material may not be published, broadcast, rewritten, or redistributed.
Golden Police Dept.

GOLDEN, Colo. — Police are hoping to talk to a group of motorcyclists after a member of the group was killed in a crash on I-70 Sunday night.

According to police, the motorcyclists were speeding westbound on the interstate and weaving in and out of traffic when one of the motorcyclists lost control and crashed into a car at about 10:30 p.m. Sunday in the area of 6th Avenue and Colfax. One other car was also involved in the crash.

The 23-year-old male on the motorcycle did not survive the crash, police said. The drivers of the cars were not hurt.

Police are trying to locate the other motorcyclists in the group, who witnesses said may have taken evidence from the crash scene before leaving the area, officers said.