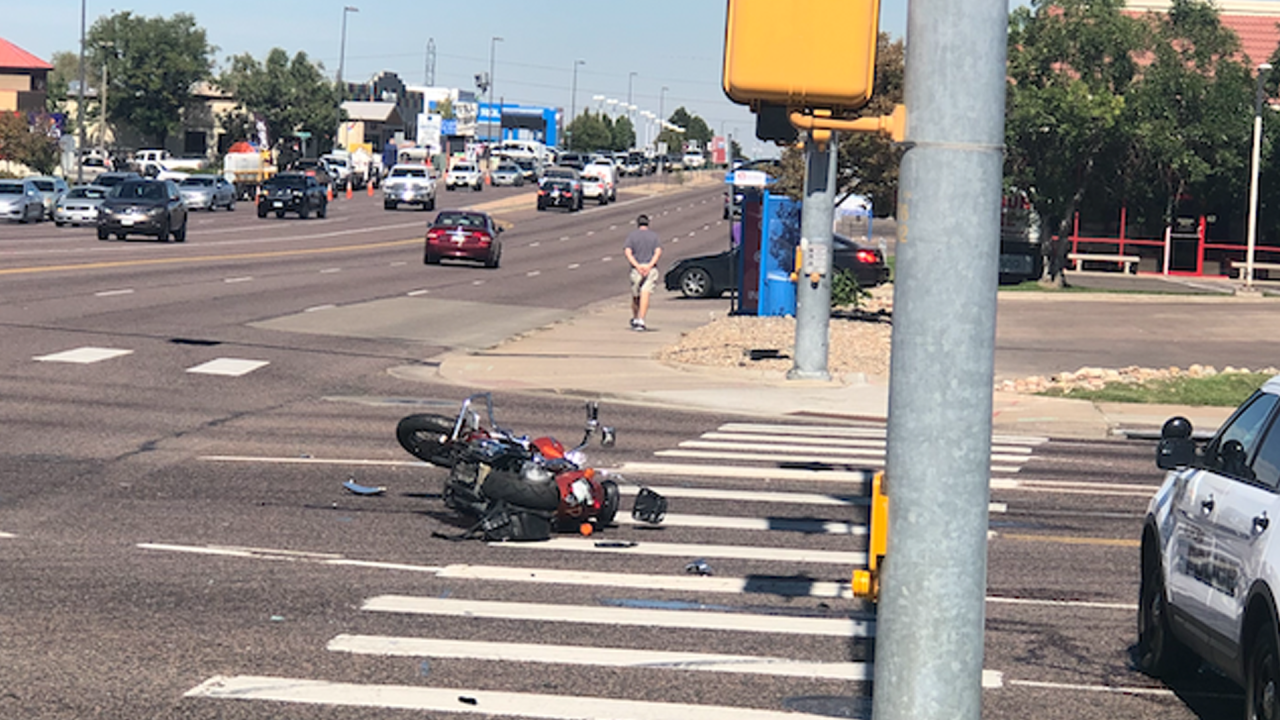 AURORA, Colo. — A man riding a motorcycle was killed following a five-vehicle crash at an Aurora intersection that had a traffic signal outage Wednesday.

The motorcycle, driven by an adult male who has yet to be identified, was crossing the intersection when another vehicle struck the motorcyclist and then three other cars, according to release from the Aurora Police Department.

The motorcyclist was pronounced dead at the scene. One other driver of the three vehicles struck sustained minor injuries, the release read.

Police said a final charge would be determined at a later time after they review all information and toxicology reports.

The busy intersection was closed for several hours while traffic investigators worked the scene.