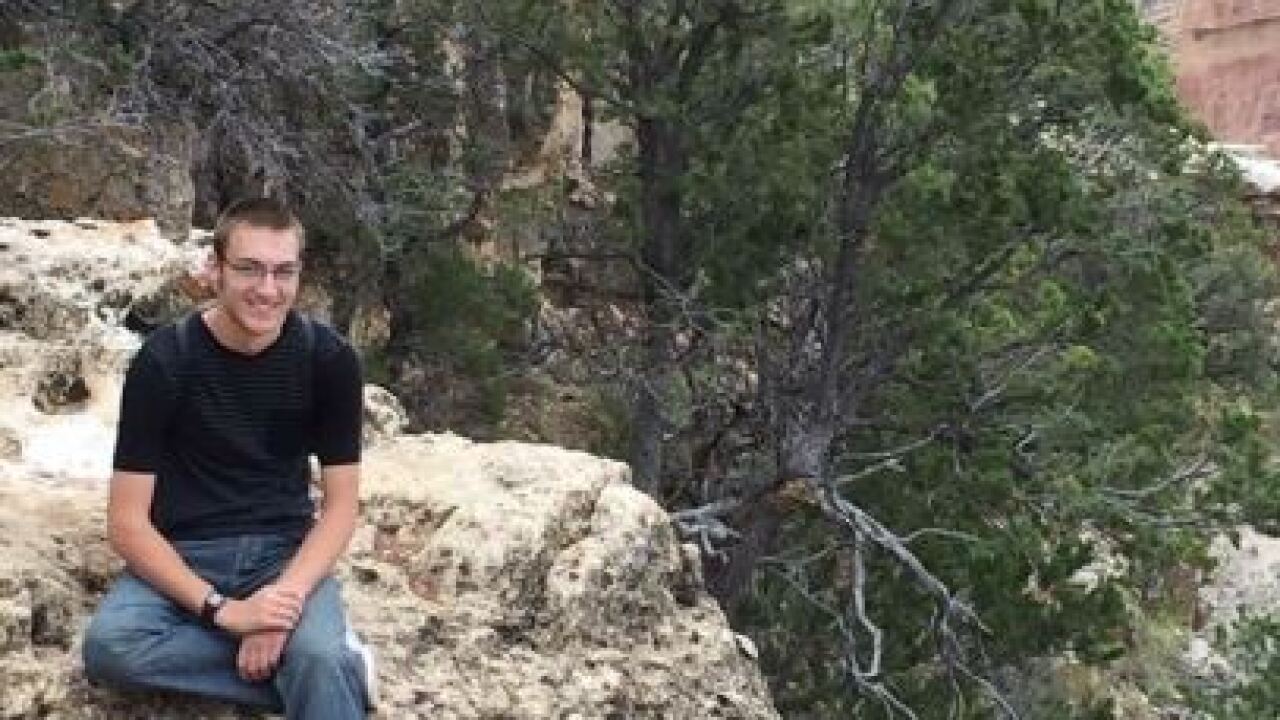 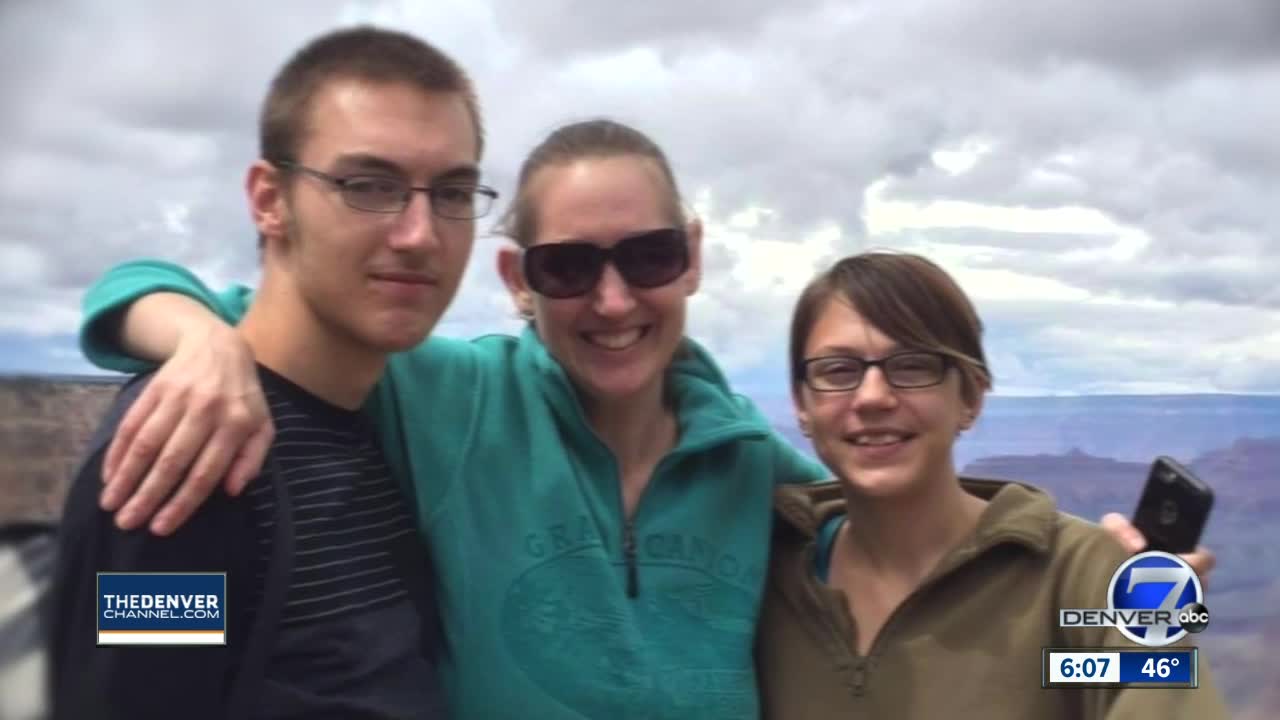 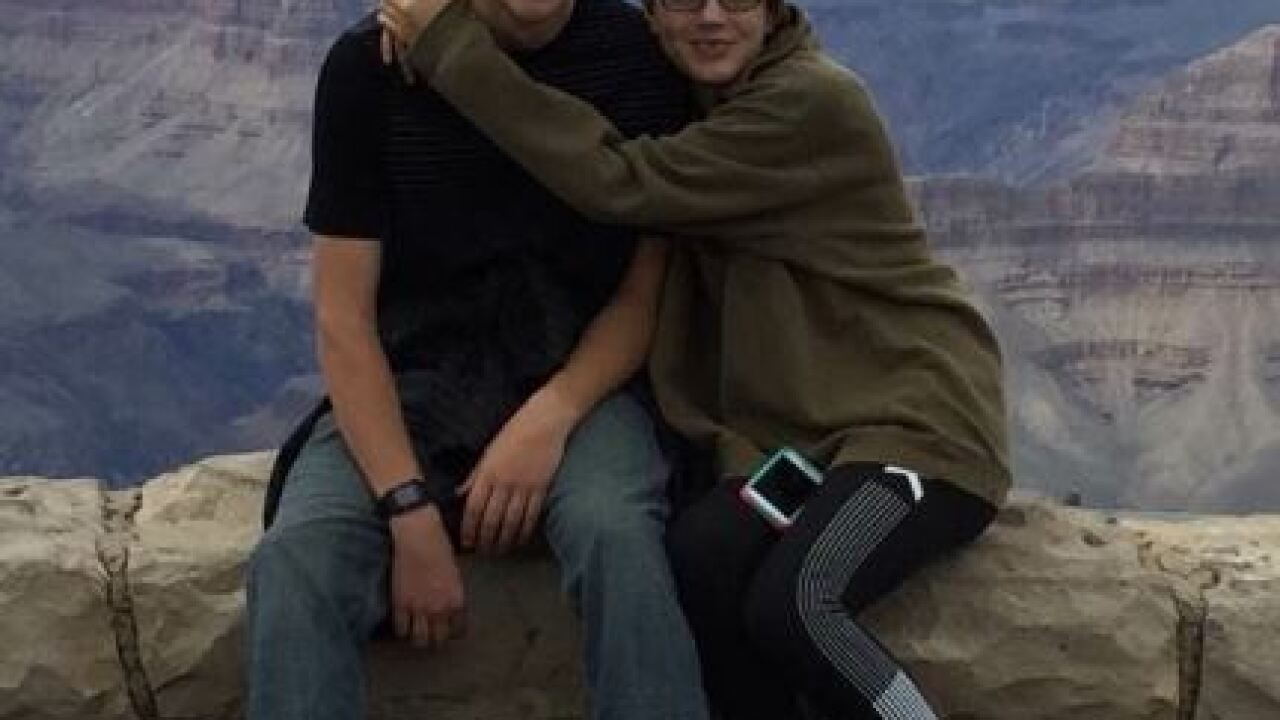 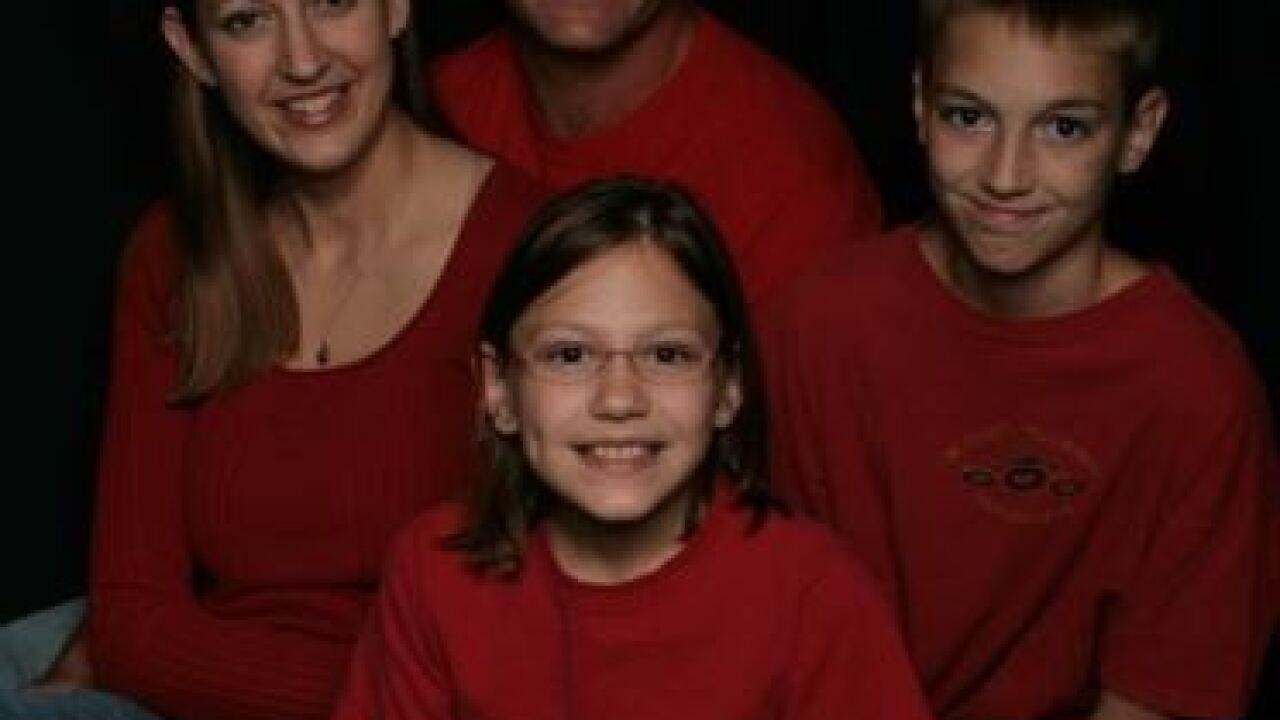 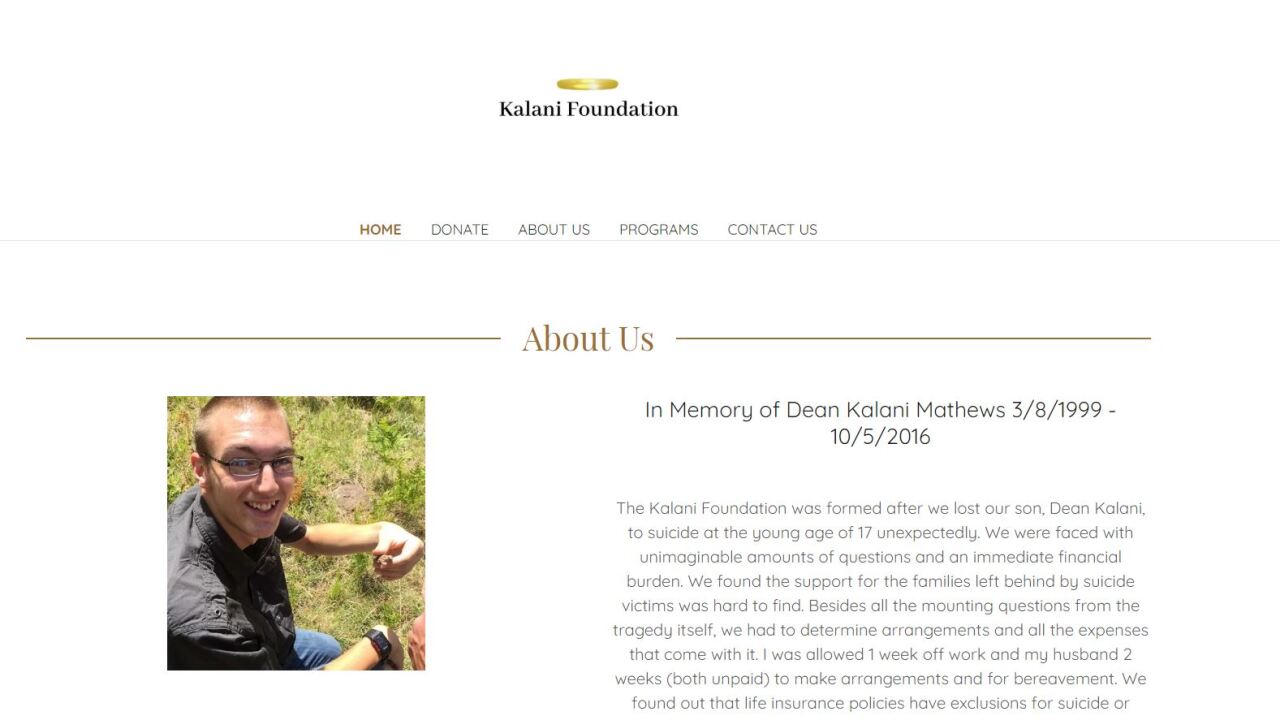 JEFFERSON COUNTY, Colo. – A mother grappling with the suicide of her son found a purpose this Christmas.

On Monday, Haunani Roark launched Kalani Foundation, a nonprofit in honor of her 17-year-old son Dean Kalani. Her goal is to help families deal with the unexpected cost of suicide.

She wants to help pay for funeral expenses, lost wages, mortgage/rent, and provide scholarships for children left behind.

Kalani took his own life in Arizona on October 5, 2016. Just three hours before he was found dead, he snapped the picture below with his mom before she took off to a funeral.

"The heartbreak is unimaginable. You just don't think that it can happen to you," Roark said.

Kalani left behind a message on his phone that he never sent.

Roark described Kalani as a loving, outdoorsy, and daring teenager. She said at 16 years old, Kalani got his GED and dreamed of someday becoming a professional gamer.

"He was the center of our family. He was always my helper," Roark said.

She said he made dinner for the family, helped with chores, and picked up his little sister from school.

Kalani was bullied since he was in kindergarten, but Roark said he was a normal kid. At the time, she said, nothing looked or felt out of the ordinary.

She said the first six months were a blur. She recalled turning to Google to find help and support groups. Roark considers herself lucky for her family and friends. They set up fundraisers and helped cover the expenses associated with the loss of her son. But she said not everyone has the support she had.

Roark can't bear the pain of celebrating Christmas without her son, but knowing she can help families in need, she said, gives her a purpose.

"What it gave me this year for Christmas is hope," Roark said.

Roark hopes to raise $20 million for the nonprofit to help families.

If you know anyone who is contemplating suicide or who needs help, call the National Suicide Prevention Hotline: 1-800-273-8255.