DENVER – About 70 percent of Colorado is experiencing at least moderate drought conditions, and southwestern portions of the state are still seeing severe drought as hope springs eternal that the snow will come in March, traditionally Colorado’s snowiest month. 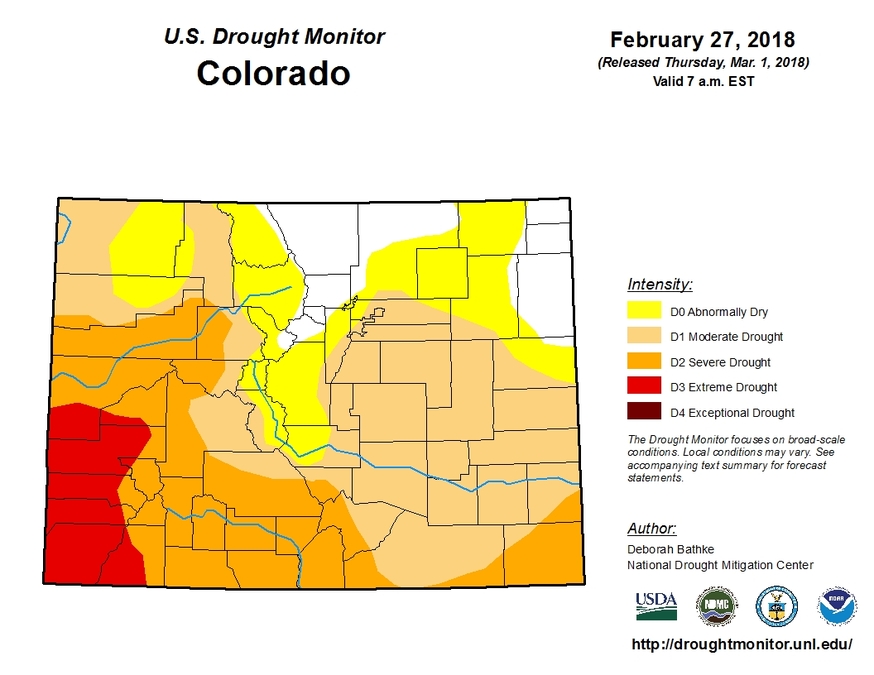 Denver sits on the edge between abnormally dry and moderate drought, as does much of the Front Range. But the further south and southwest one travels in Colorado at the moment, the drier things get.

Portions of eight southwestern Colorado counties are experiencing extreme drought, and most of southwest Colorado is in a severe drought period. 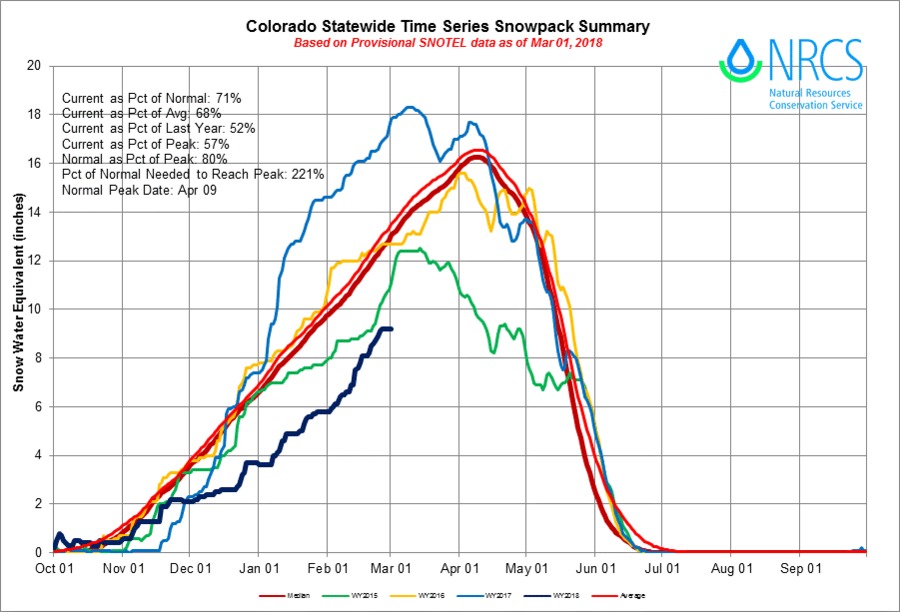 Another snow storm is expected to move through the state’s mountains this weekend.