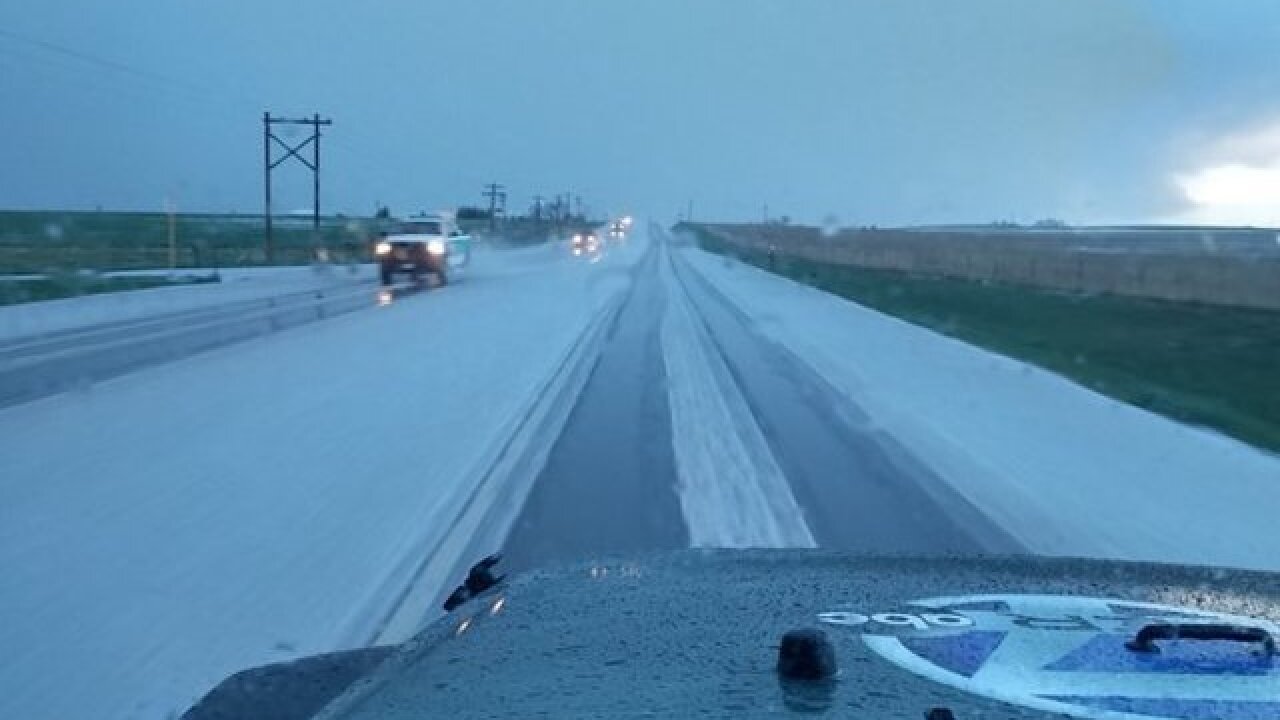 Hail blanketed some neighborhoods and roads north of Denver on Tuesday morning.

A storm dropped hail up to two inches deep on Highway 7 in Brighton.

There were also reports of hail in Thornton, Broomfield, Westminster, Lafayette, Greeley and other areas of Weld County.

Joshua Swetsky, who lives at 120th and Sheridan, said, "It was thundering and lightning for a good hour. Never seen a thunderstorm happen at this time."

"There are areas seeing moderate rain, lightning and hail," Hidalgo said. "Denver and areas to the south are pretty dry, with a mix of sun and clouds."