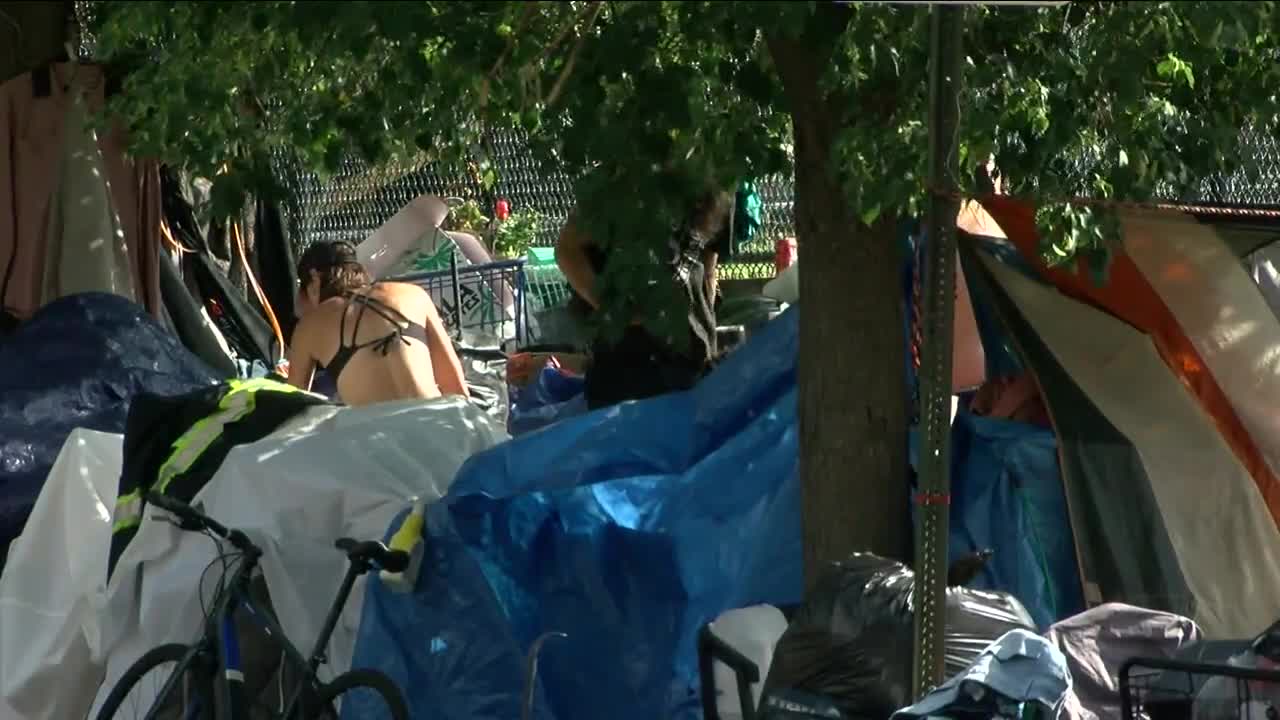 DENVER — People who live in the area of Morey Middle School say they want their message about the nearby homeless camp to be heard directly by city officials.

The Morey Residents Coalition is asking for something to be done about the tents that have surrounded the streets and increased in number over the last couple of weeks.

"The GoFundMe was initiated with the hopes of tending to the legal and public health and safety issues that are now present at Morey Middle School as a result of neglected homeless encampments around the school," Reynolds said.

City officials emailed the coalition saying that mental health workers and homeless service providers would be at Morey Middle School Monday morning. There would also be free transportation and storage for those living in the encampment.

"The Morey residents are happy to see the city of Denver addressing the issue," Reynolds said.

For Jim Neill and Nell Maguire, who have lived in the area for the last 20 years, a permanent solution needs to be found.

The city said there will be no law enforcement present Monday morning alongside mental health worker and homeless service providers.

Volunteers helped clean up some of the camps at the site on Monday morning, saying they anticipate a sweep at the encampment later this week and that those currently living at Morey have no where else to go.