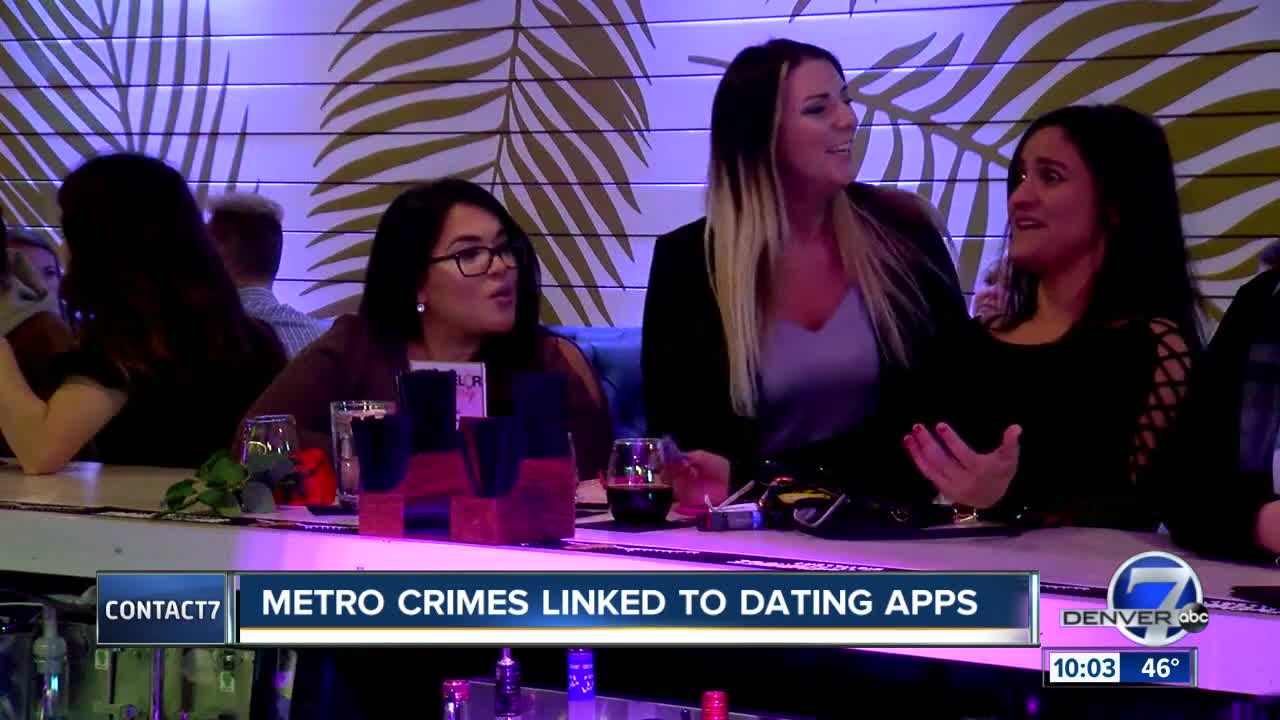 In 2018, Denver police said the victims of 53 crimes met the suspect through a dating app.

DENVER — In 2018, Denver police said the victims of 53 crimes met the suspect through a dating app.

The crimes range from harassment and theft to robbery and assault. Thirty-four percent of the crimes involving dating apps were classified as rape. That accounts for 3 percent of the rape cases Denver police responded to last year.

There are dozens of dating apps. The most popular ones include Bumble, Hinge and Tinder.

“Honestly, I love online dating as a confidence booster just to know people are interested out there,” said Jennifer Escamilla.

She attended a watch party for the premiere of "The Bachelor" at Denver's Revel Social Monday evening.

But not every match ends with a rose.

In October 2018, Denver7 interviewed a woman who claimed the boyfriend she met online stole $7,500 worth of items from her apartment after they met through a dating app. Police issued a warrant for the man's arrest.

The new statistics show a growing trend but one that accounts for a small percentage of overall crimes.

Many people we spoke with had positive things to say about the apps but admitted they didn't always have great experiences.

“He told me his brother had died. And then I met his brother three weeks later,” Kayla Haigh said about one date.

Another woman, Holly Tachman, said she was completely ghosted after she drove three hours north.

Denver police said they advise meeting in a public place, driving your own car and doing research on the person you are meeting.

“Do not to give too much private information when you are first meeting this person from online,” said Jay Casillas of the Denver Police Department.