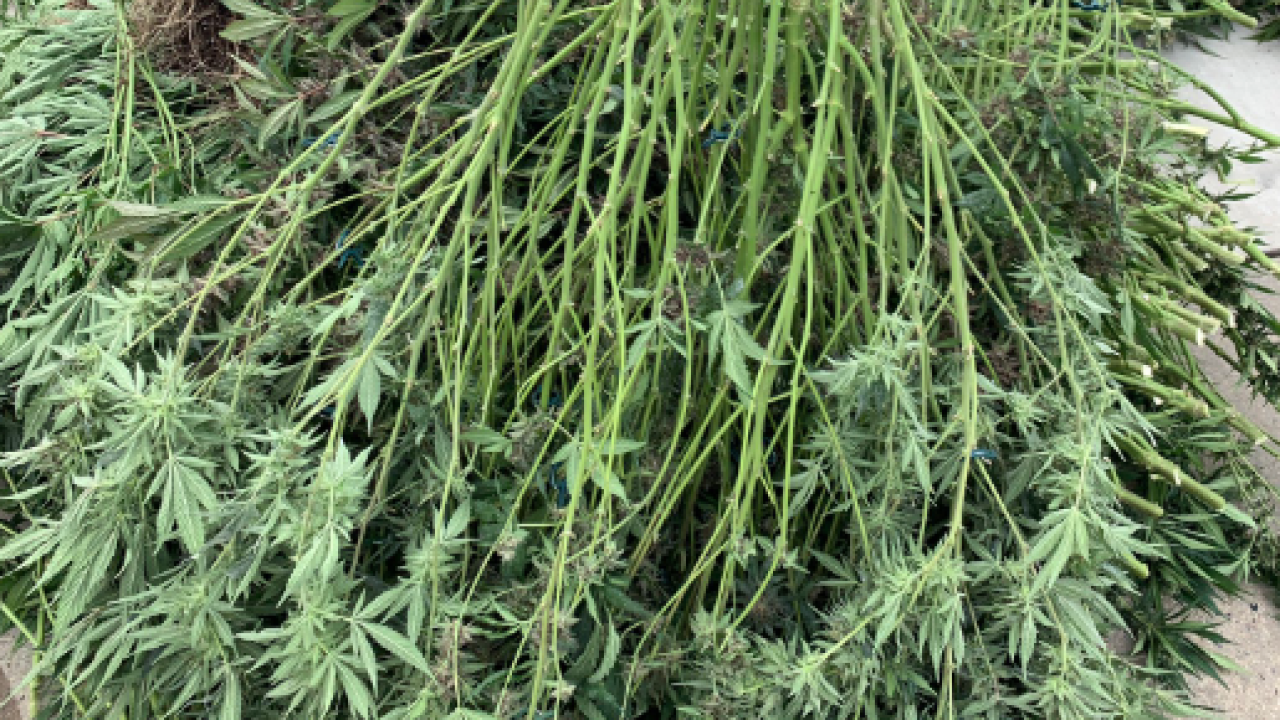 DENVER — A total of 42 people were arrested in three days after during one of the largest black-market marijuana enforcement actions in Colorado’s history, according to the leaders of the joint investigation.

The investigation began in 2016, when North Metro Task Force investigators began investigating a network of marijuana cultivators who were involved in the distribution of large amounts of marijuana. The grows were found in the basements of newer homes in “fairly upscale neighborhoods,” according to Department of Justice.

Law enforcement conducted multiple searches this week and started to make arrests on Wednesday. As of Friday morning, of those arrested, 26 were state defendants and 16 were federal defendants, according to the Department of Justice.

The federal defendants who were charged with offenses involving 100 or more marijuana plants will face a minimum mandatory sentence of five years in prison. The maximum sentence is 40 years.

Those charged with offenses involving 1,000 or more of the marijuana plants will face a minimum sentence of 10 years and up to a maximum of life in prison.

Over the past two years, more than 250 locations, including eight businesses, were searched related to this case, including:

In total, more than 80,000 marijuana plants and 4,500 pounds of finished marijuana products were seized from those locations, according to the Department of Justice.

The marijuana in these locations were destined for the black market, which has increased in Colorado in recent years, according to the Department of Justice.

“Colorado has become the epicenter of black-market marijuana in the United States,” said United States Attorney Jason Dunn. “It’s impacting communities, it’s impacting neighborhoods, and it’s impacting public safety. But this investigation may be just the tip of the iceberg. We will therefore continue to pursue black market growers and prosecute them to the full extent of the law.”