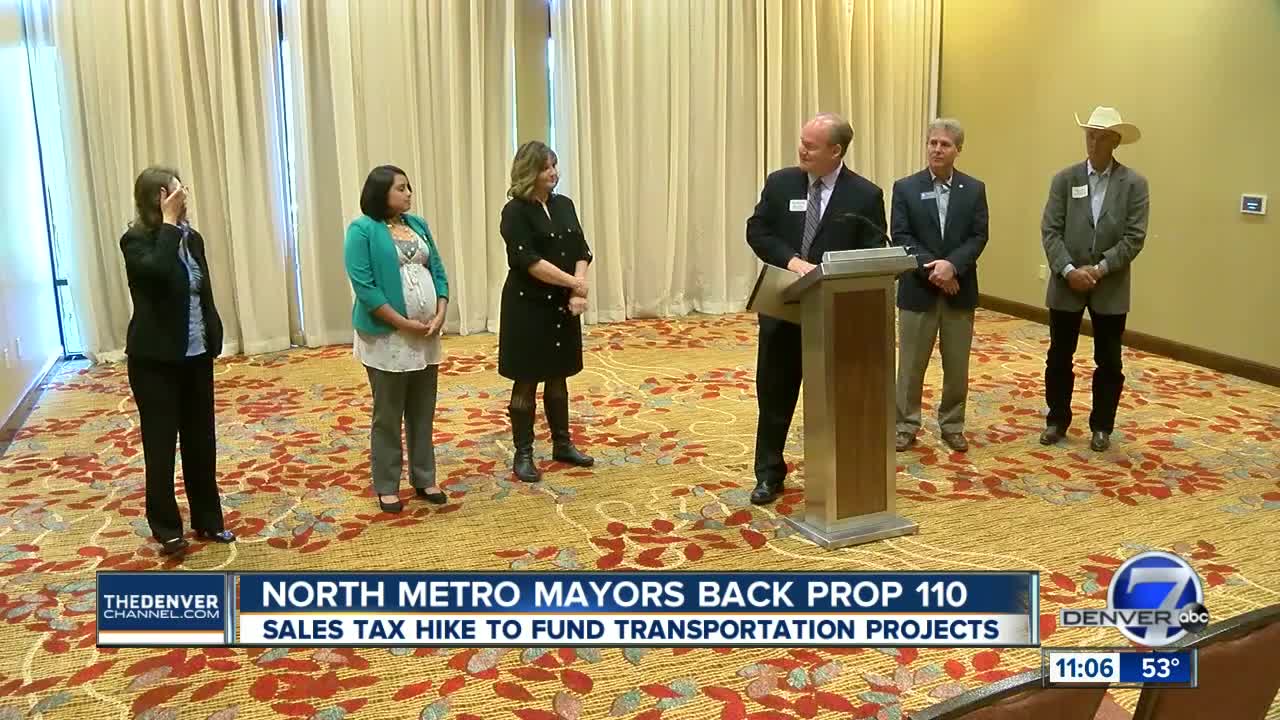 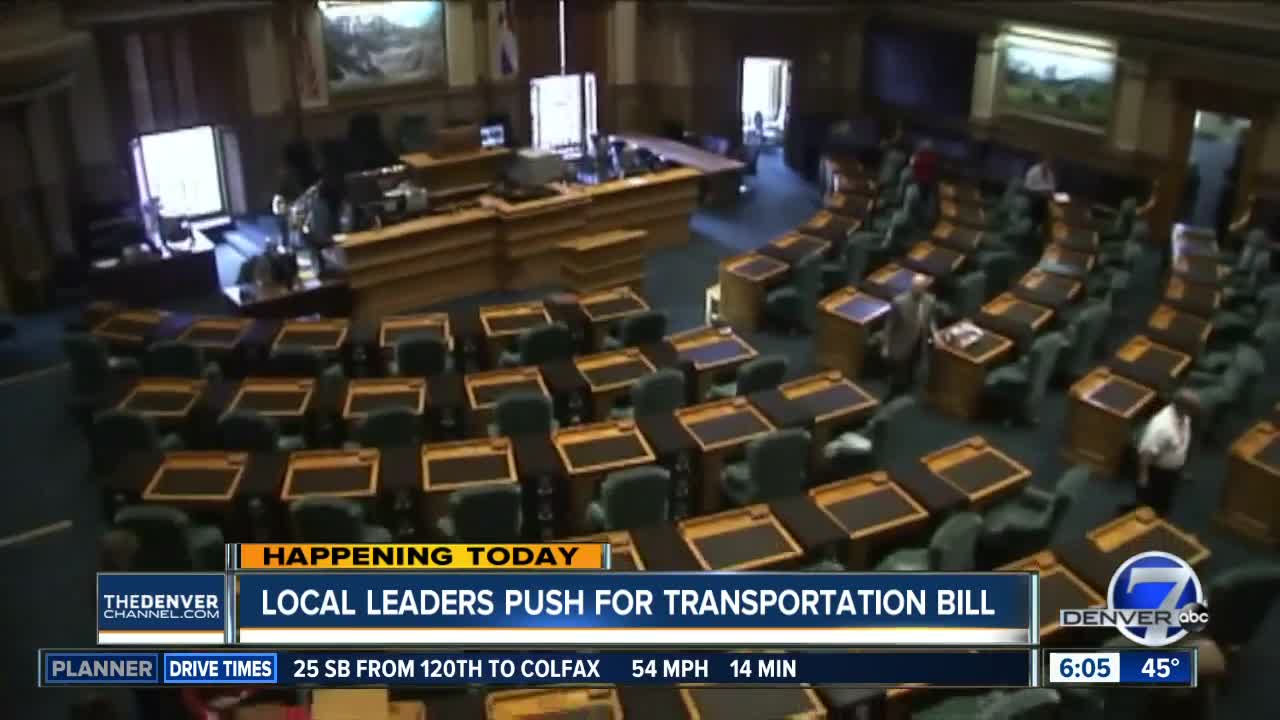 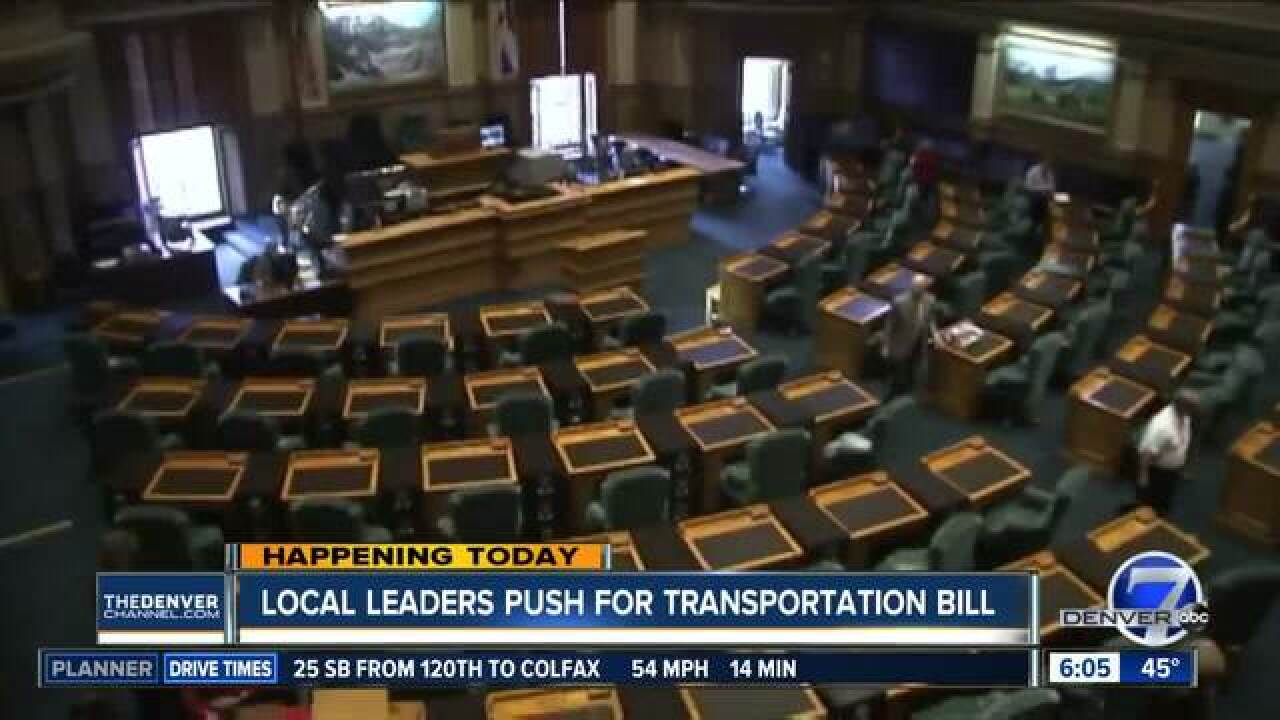 The mayors and city council members from Broomfield, Northglenn, Thornton and Westminster will formally back Proposition 110 at a press conference Tuesday.

Proposition 110 is a proposal to raise the state’s sales tax by about a half a cent per dollar that people spend. That would add up to about 50 cents for every $100.

Supporters say that raising the sales tax would be fairer than raising the gas tax because natives, newcomers and even tourists would contribute to it. They project that the proposal would raise $767 million in the first year.

That money would be split between state roads, local streets and multi-modal projects.

The ballot initiative already has the support from about 30 mayors around Colorado as well as Gov. John Hickenlooper.

Proposition 110 is one of two ballot initiatives that target transportation funding. The other, Proposition 109, otherwise known as the Fix Our Damn Roads proposal, would rely on bonds rather than tax hikes.

Both initiatives are trying to help repair and replace the state’s aging transportation infrastructure. The Colorado Department of Transportation alone has identified $9 billion in needs.

Earlier this year, the Colorado legislature approved, and Gov. Hickenlooper signed, Senate Bill 1 into law. It provides $645 million in transportation funding over the next two years.

After that, it would provide an additional $50 million in funding from the general fund for 20 years to support highway projects.

Finally, it paves the way for a 2019 ballot initiative where voters can decide whether they want to allow the state to seek $2.3 billion in bond sales to fund transportation infrastructure projects.

However, the groups supporting Proposition 110 say even more funding is needed and an ad campaign put together by Coloradans for Colorado pushes the message that the last time the state’s gas tax was raised was in 1991.

With more mayors putting their support behind Proposition 110, it will be up to them to educate their constituents on why they should vote for the initiative in the November election.