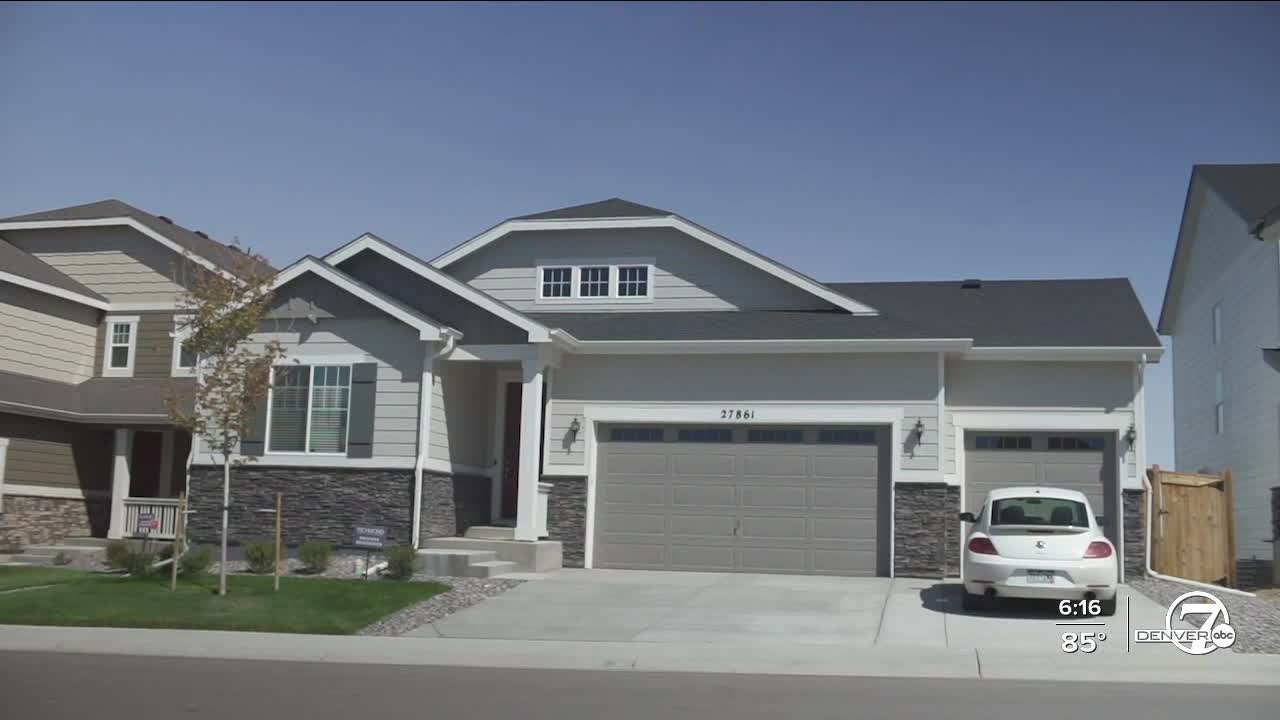 AURORA, Colo. — Daniel and Linda Sue Gonzalez are still moving into their home.

“You saw the boxes, they are everywhere,” said Linda Sue Gonzalez, pointing to a large pile of artwork and furniture in the center of the room. “This has been a trend since we moved in.”

Boxes are normal for a couple moving into a new home. But they have been living out of boxes for nine months.

“We actually had the movers here on the 8th of January,” she said.

The problem, according to the Gonzalez family, is the dozens of finishes and fixes that are still pending. They bought the house from Richmond American Homes before it was built. They say the many problems with the design have severely delayed their ability to settle in.

“We actually started to set this stuff up. And then when they redid the ceiling they were like, ‘you have to get it all out of the way,’” she said. The ceiling had structural issues and was fixed in August.

Contact Denver7 has received numerous calls and emails from Richmond customers, who say they were pressured to move into their homes before the lots were complete. Now, they say, the company has left them to live in homes void of many finishing touches.

"Our final walk-through was going to be on the (December) 14th," said Gonzales, explaining that the company promised to finish the home before they moved in a month later. "That was the first week of January and we are halfway through September."

"The contract forms are very much stacked in favor of the developer side, and not stacked on the buyer side," he explained. "They are buying into an extremely low inventory market. So buyers don’t have much economic clout in these situations."

Much the housing market in Colorado is seeing strong demand and low inventory, even amid the coronavirus pandemic, as home-buyers see property in the state as a refuge from big cities. Goodman says this means home builders have a strong hand in negotiations with potential buyers.

"It would be completely different if the buyer was buying the house in 2007 or 2008 in the midst of the great recession," he said, explaining that if one buyer backs out, "there are five other buyers who are lined up that will be more than happy to sign (a) contract."

As with all negotiations, there is one area where home buyers have some leverage, and that is at the negotiation table. Goodman says it never hurts to ask for a clause in the contract that, during a walk-through "will let you terminate the contract and the buyer can have all of their earnest money and upgrade deposits back."

Regardless, he says, if home buyers feel lost in a contract, calling a lawyer is probably the best option.

"Most buyers are not technicians in studying these contracts. In the same way, in theory, that I could do repair work on my own on my car, I don’t — I go to a professional."

But for homeowners already locked in a contract, they say working with their builder is a work in progress.