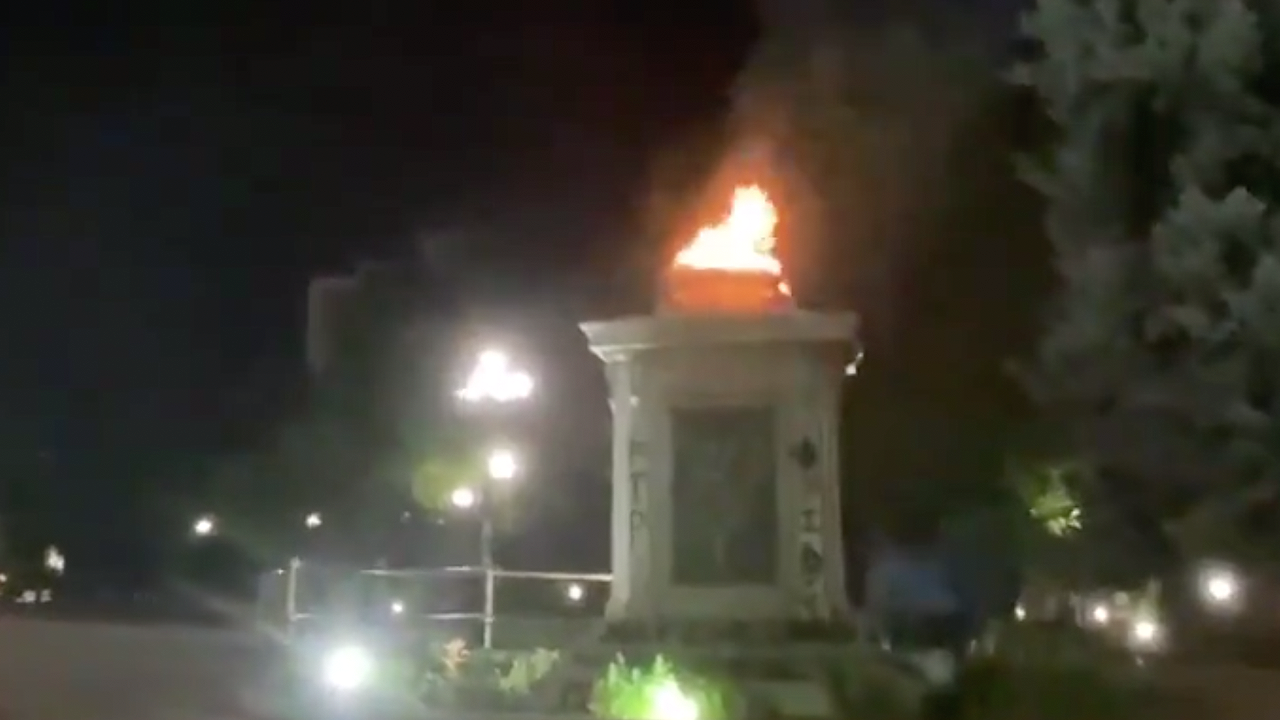 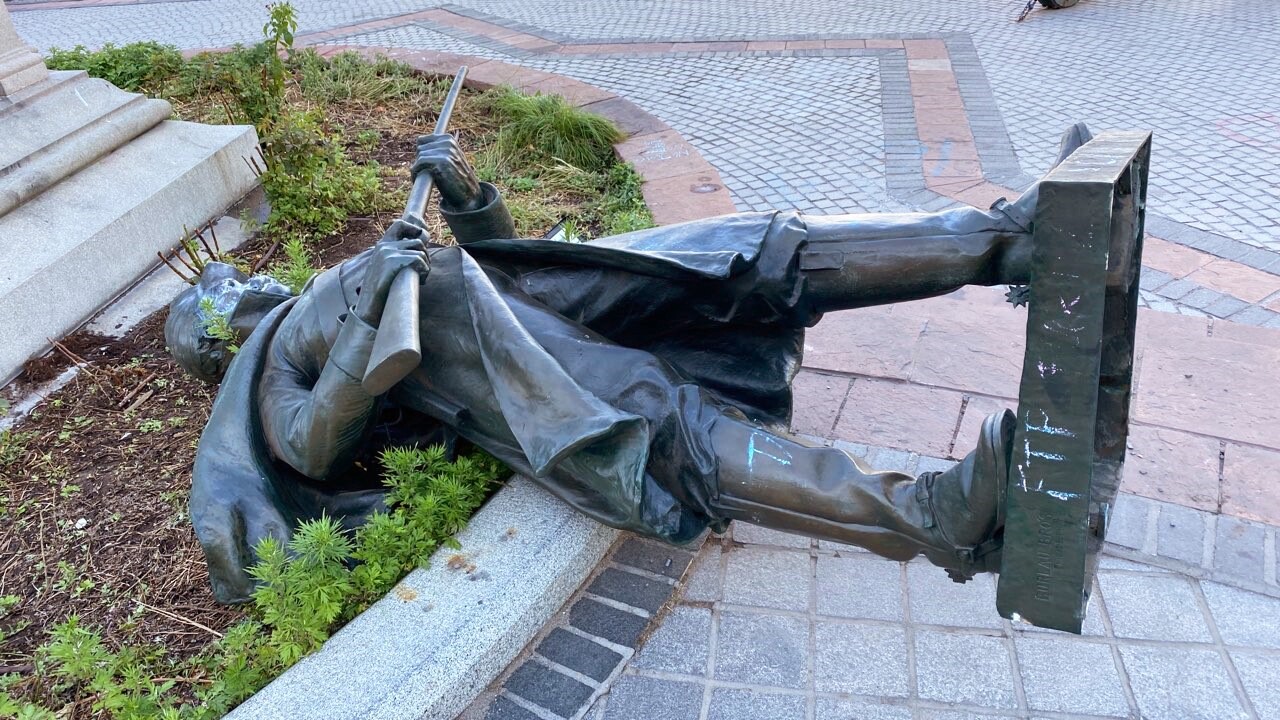 DENVER — A statue platform in front of the Colorado State Capitol building was set on fire early Sunday morning.

Police made one arrest in the case. The suspect was identified as Trayvelle Walker.

The pedestal once served as the base for a Civil War memorial statue that was vandalized and toppled early Thursday morning. No arrests have been made in that case.

The fire was captured on video and shared by Twitter user @pinklaurenade, who wrote: “Someone has literally set the monument in front of the Capitol building on fire here in Denver. This is not a peaceful protest. The way to ensure your voices are heard is to VOTE. NOT BURN YOUR CITY DOWN!”

Someone has literally set the monument in front of the Capitol building on fire here in Denver. This is not a peaceful protest. The way to ensure your voices are heard is to VOTE. NOT BURN YOUR CITY DOWN! #denverprotests #ElijahMclain #GeorgeFloyd pic.twitter.com/B5EKovm6NO

Denver Fire crews quickly extinguished the fire after arriving on scene, according to Denver Fire spokesperson Greg Pixley. He said Walker is accused of using wood, trash and a flammable substance believed to be gasoline at the base of the monument to fuel the fire. Walker could be facing second degree arson charges, according to Pixley.

The toppled statue depicted a Civil War cavalryman and was erected in 1909 to honor Colorado soldiers who fought in that war. The same day the statue was toppled, crews removed two nearby brass cannons that were part of the memorial.

Colorado Gov. Jared Polis has vowed the statue will be repaired, and those responsible for vandalizing the statue would be held accountable. He released the following statement late Sunday regarding the arson arrest:

“Good news: Three suspects have been apprehended and we hope this also provides a breakthrough into other ongoing investigations regarding destruction of public property. There is a right way and a wrong way to have an open and honest conversation about our history. Destruction and vandalism are not the answer. To be clear, no matter what your feelings about public art, our state respects the rule of law and there are proper legal channels for reflection, conversation, and change.”