Mom has message for Arapahoe HS students after son's suicide: 'You're loved and you matter' 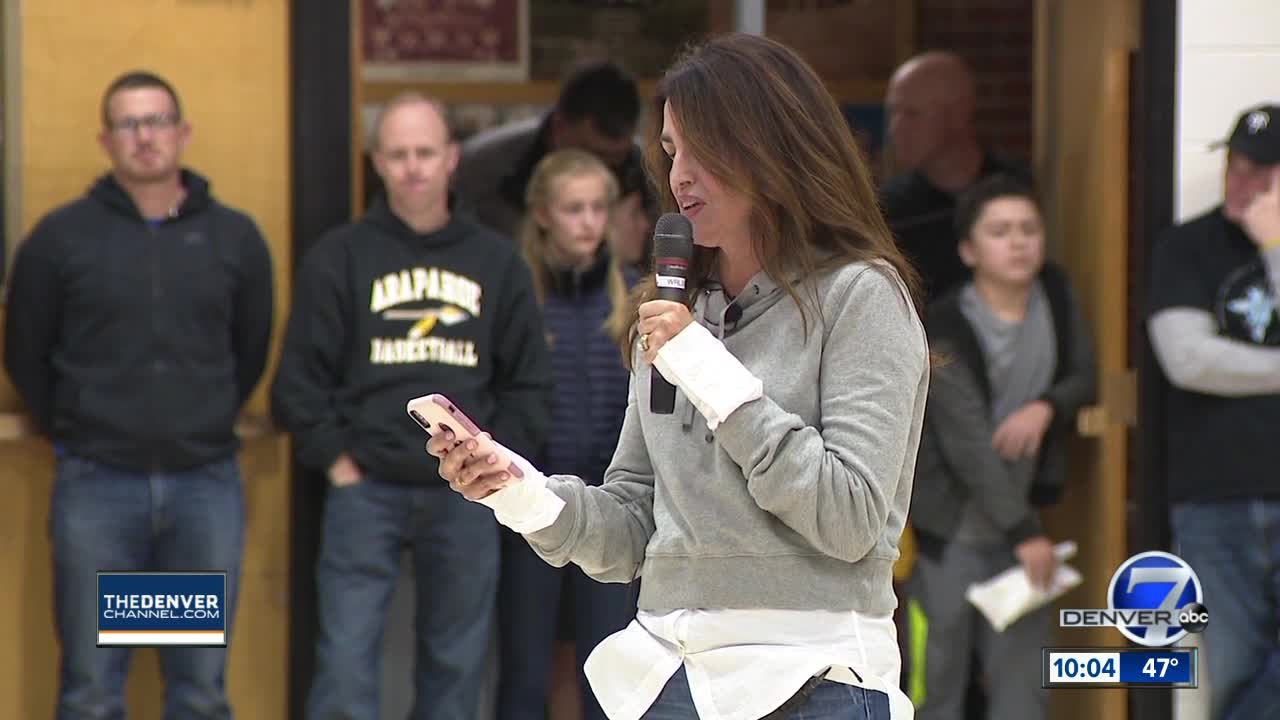 Maria Bales cheered on her son’s Arapahoe Warriors, then delivered a powerful message at halftime. 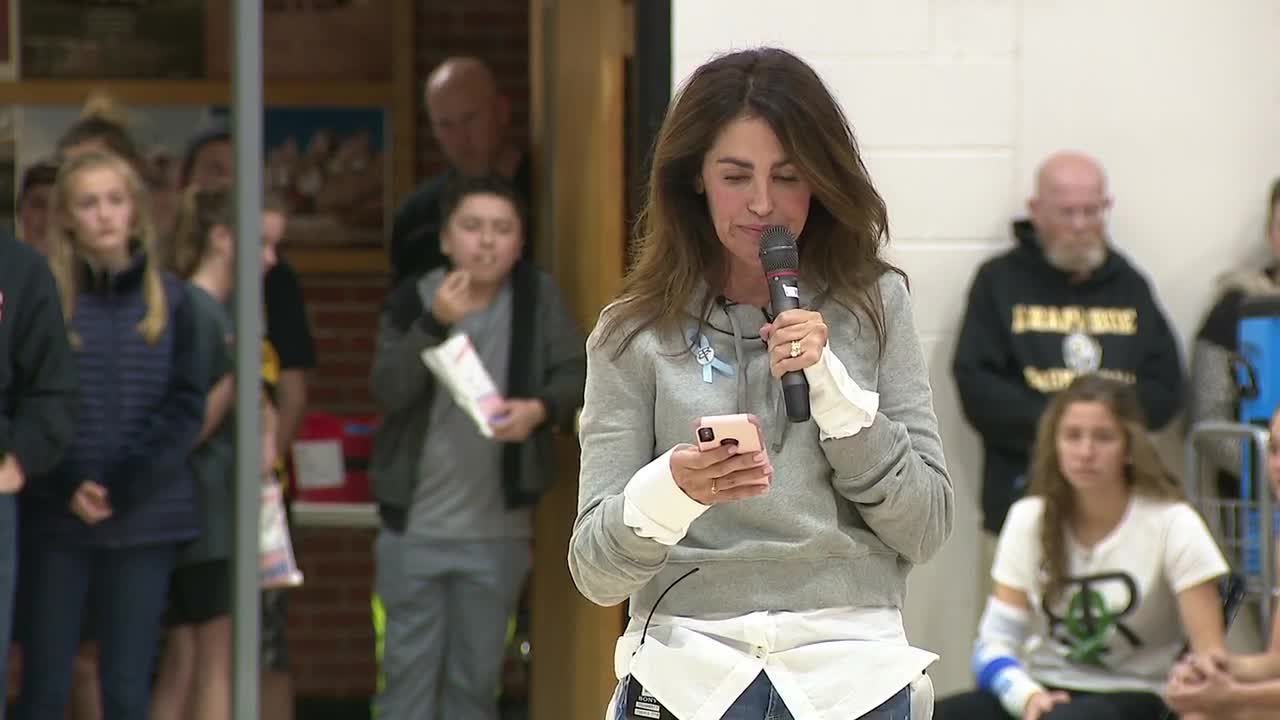 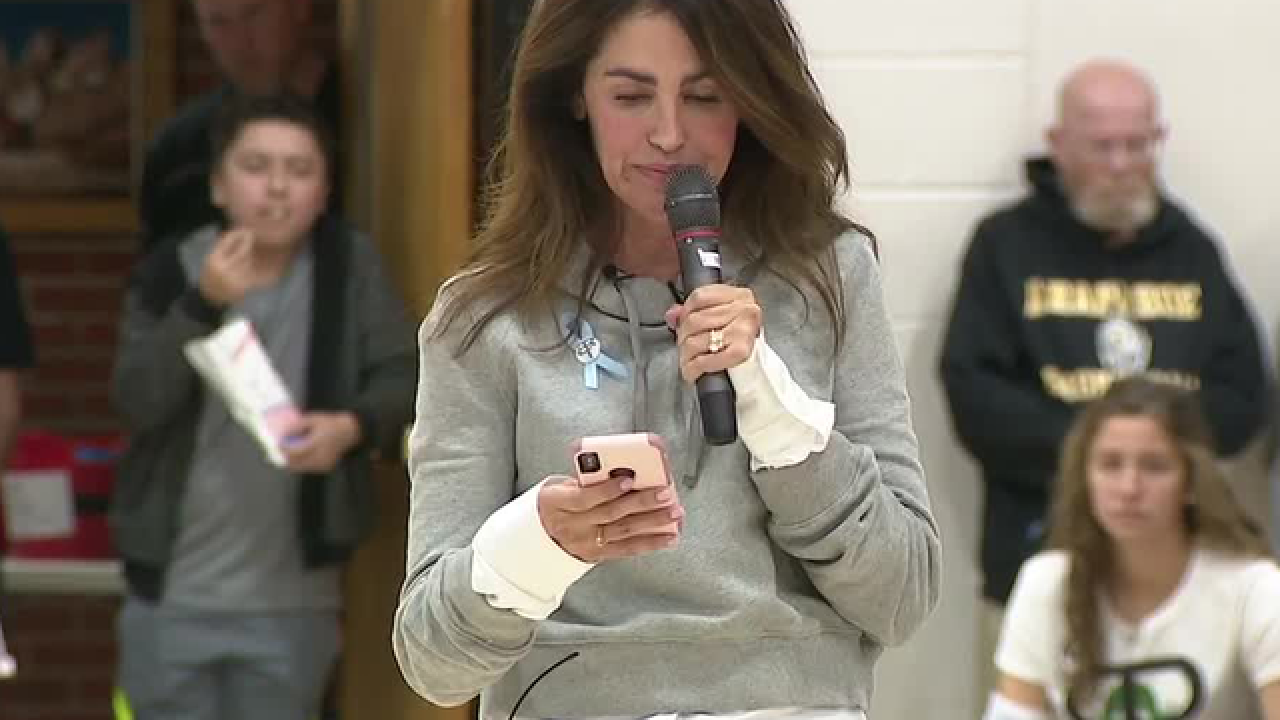 “No one wants to die. You don’t want to die. You want to live,” Bales told the packed auditorium.

September 29, her son Nick, a senior at Arapahoe High School, committed suicide. He had suffered from anxiety and depression, but Bales never knew how serious his condition was.

“He was just a great kid, very loyal sweet loving,” she told Denver7’s Tom Mustin. ”We would find journals of his saying he thought about suicide. We talked about it. He promised he’d never do it.”

Nick's story is becoming all too common In Colorado. Suicide is the leading cause of death between 10-24-year-olds.

Tuesday night’s basketball game between Arapahoe and Regis was dedicated to promoting suicide awareness. Bales says talking about the issue can save lives.

“If you’re suffering from mental health and can’t snap out of it, you need help. You need treatment. You need to talk,” she told the crowd during halftime.

But what made Nick different was his commitment to breaking down stigma around mental health. He started his own clothing line called “Brought to Reality.” He pledged to give ten percent of all his profits to mental health awareness.

Bales and her husband are carrying on the brand, keeping Nick's positive message alive, and sending a powerful message for struggling teenagers.

“Erase the stigma. It is a disease. If you feel sad or have depression, talk about it. It’s OK to not be OK,” said Bales.

And on this Tuesday night at Arapahoe High School, Warriors and Raiders came together. Heeding the word of a grieving mother: you’re not alone, you’re loved, and you matter.