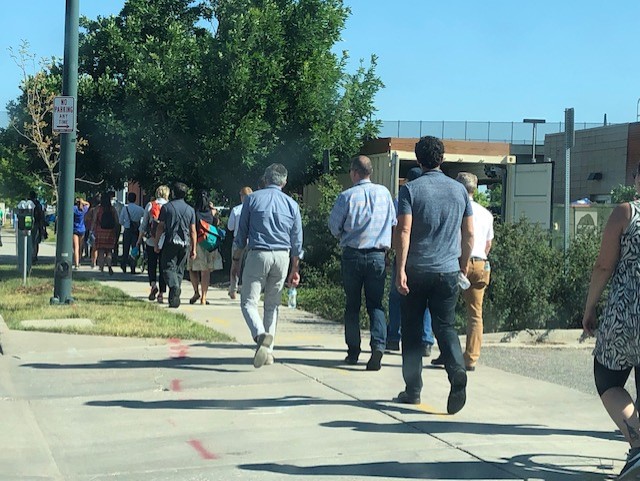 If you're looking for an adrenaline rush, try walking that stretch of West Colfax from the Auraria campus to Federal Boulevard. 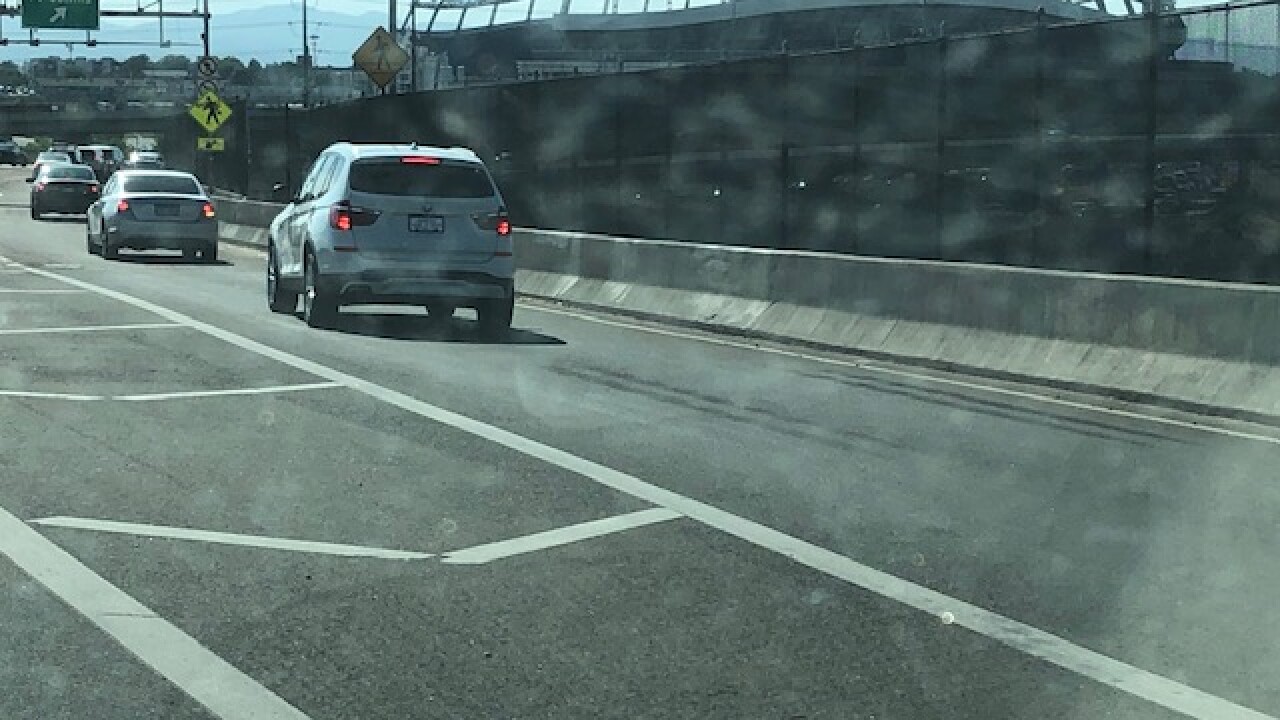 DENVER -- If you're looking for an adrenaline rush, try walking that stretch of West Colfax from the Auraria campus to Federal Boulevard.

Representatives from Walk2Connect, Walk Denver and the West Colfax BID say it is one of he least pedestrian and bicycle friendly corridors in all of Denver.

He walks that area daily and is particularly concerned about the narrow sidewalk on the north side of the elevated portion of Colfax.

Both pedestrians and bicyclists, going in both directions, have to share that sidewalk, which crosses two freeway ramps and two ramps at Federal Boulevard.

"At night it's very scary," Lopez said, "because the cars can't see you."

He said it can be especially dangerous for people who use wheelchairs, or have trouble walking.

Critter Thompson, a consultant with the West Colfax Business Improvement District, told Denver7 that as more apartments are built in the area, and as plans move forward to redevelop the parking lots south of Broncos Stadium, the need for improved connectivity to downtown becomes more apparent.

"Denver is changing pretty rapidly," he said. "This area has been separated from downtown by significant infrastructure and geographical features."

He mentioned the South Platte River, I-25 and the Colfax and Federal interchange itself.

"It's hard to get downtown," he said. "The cloverleaf interchange was built in the late 50s or early 60s to handle traffic...we've heard from the community over and over and over again, with a light rail station adjacent to it, it's hard to cross."

He said cars go really fast up and down the ramps and that it is one of the noisiest intersections in Denver.

On Wednesday afternoon, several mobility activists, and other stakeholders, including CDOT, gathered at the West Auraria light rail station and walked up to the Colfax viaduct and then over to Federal Boulevard.

Their walk was designed to start a community conversation about how to improve the corridor and the interchange.

"We're talking about what it would be like to redo the area," Thompson said.

He mentioned the Federal bridge over Colfax.

"Do you bring it to grade, like many other intersections in the city," he asked. "If you get on the bridge and put up with the traffic and sound, it has spectacular views of downtown and the stadium. It's actually a unique amenity in some ways."

"Do you turn it into a multi-modal bridge," he asked, "with development on and around it, that has larger sidewalks, bike lanes and connections to trails?"

When asked about the on and off ramps at the Colfax - Federal interchange, Thompson said, "If it's developed as we're discussing, those ramps would go away, so you would have a much safer design for bikes and pedestrian crossings."

He said the people who took the walk discussed how loud and dangerous is is to cross that intersection.

"One of the ideas we're toying with," he said, "is talking to the city and asking if they could do something with the viaduct that would bring bike lanes and paths into the center of Colfax Avenue, instead of having it on the north side, as it stands now?"

Thompson said the city and CDOT are both involved in early planning.

He said, eventually Denver City Council may be asked to weigh in on some of the long term suggestions.

"The big projects will take time," he said. "In the meantime, the city will take steps to help improve things short term."

Those shot term plans include:

Thompson said for the last two years there has been a community driven effort to look at concerns and to identify fixes.

He said the best solution will come from everybody working together.