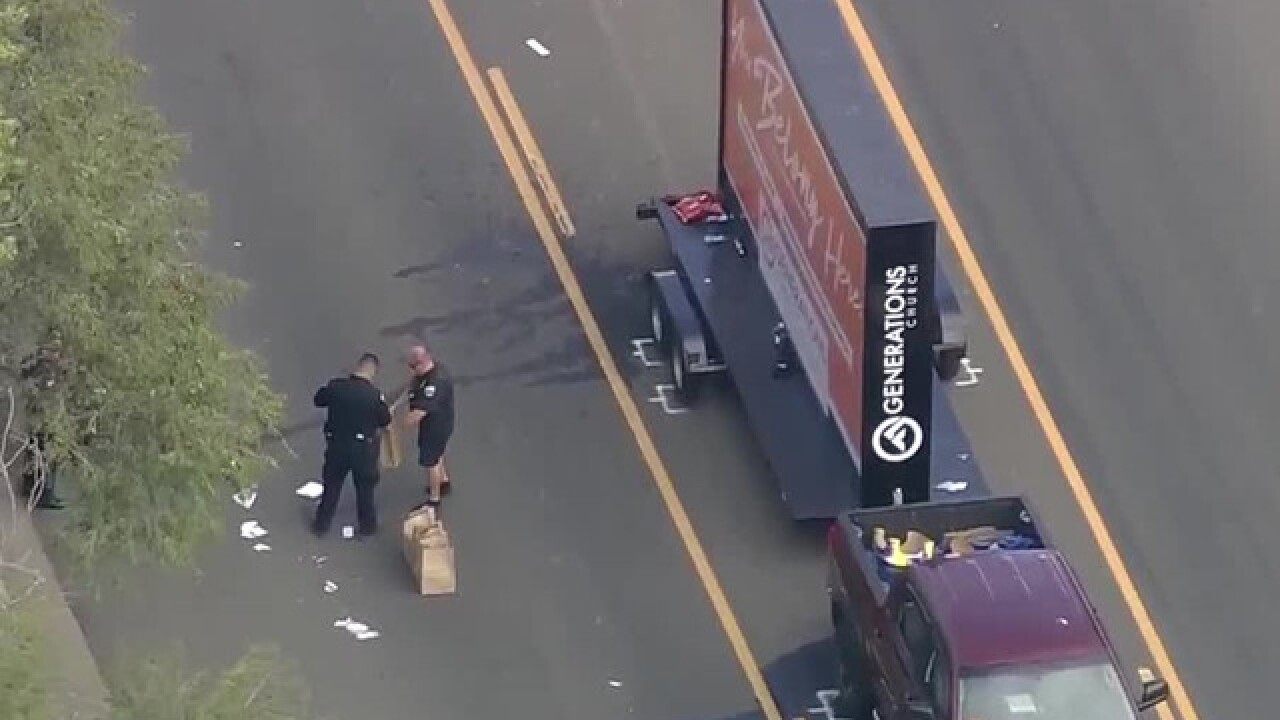 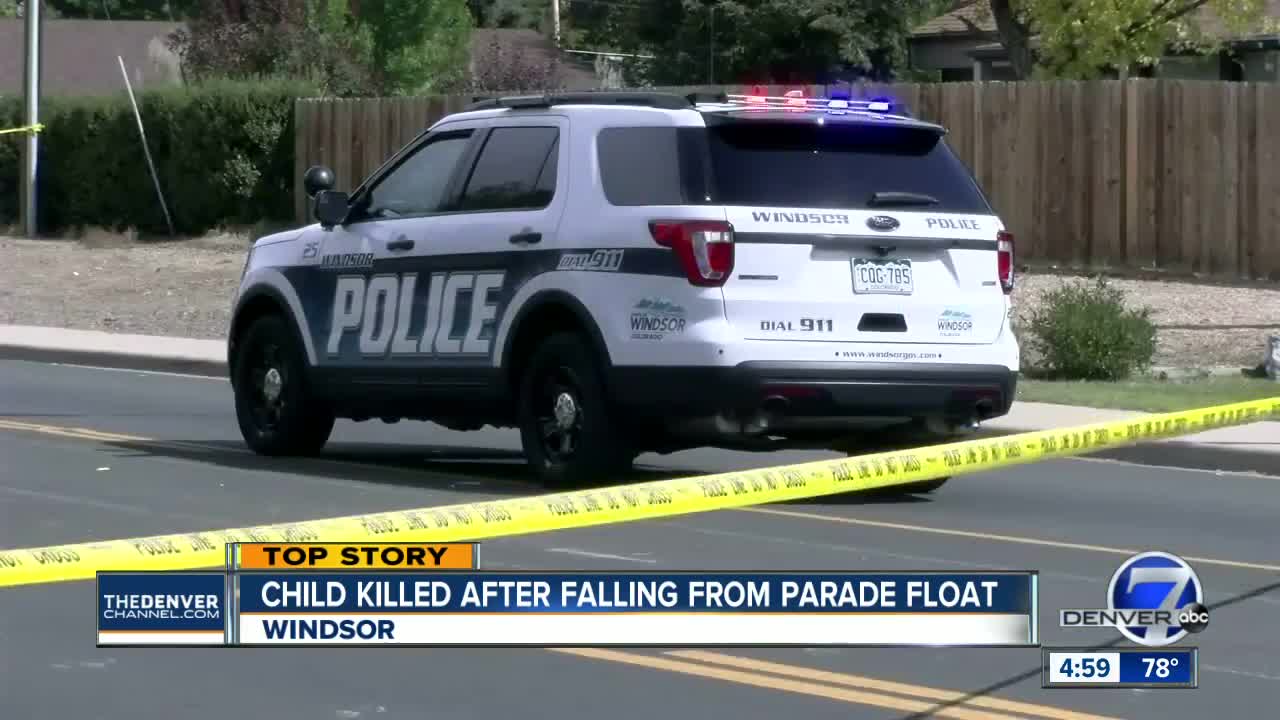 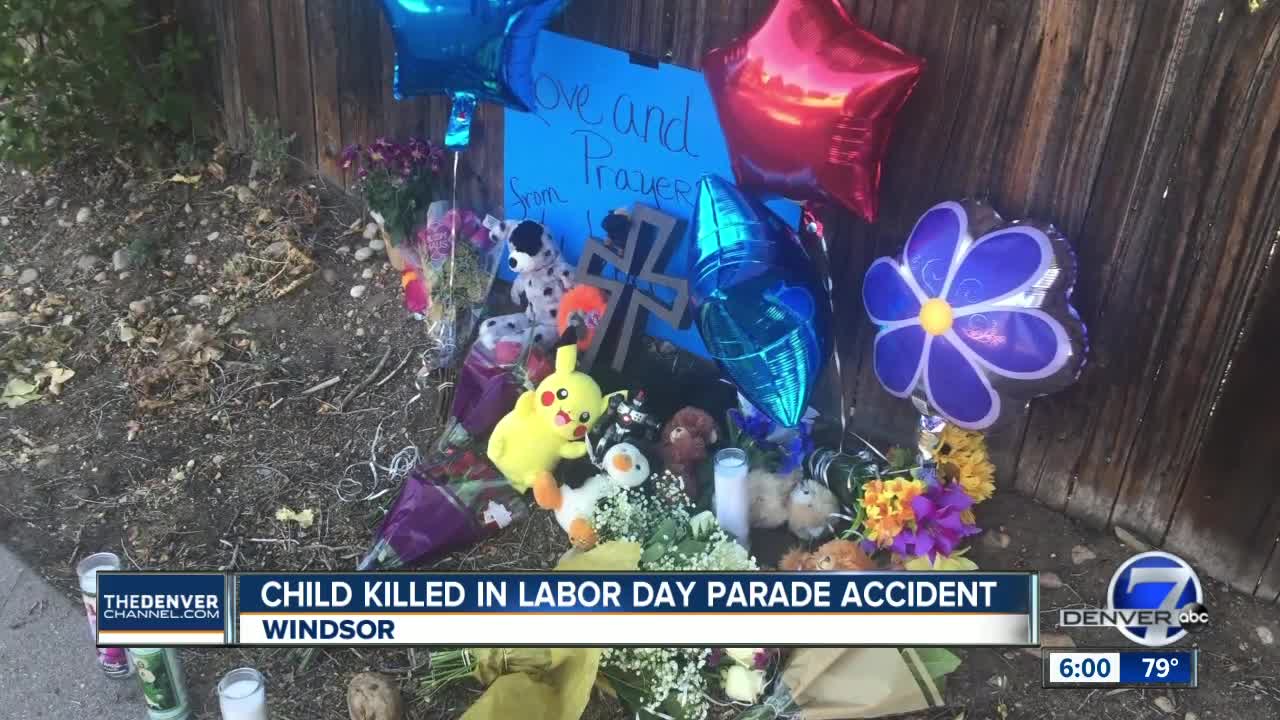 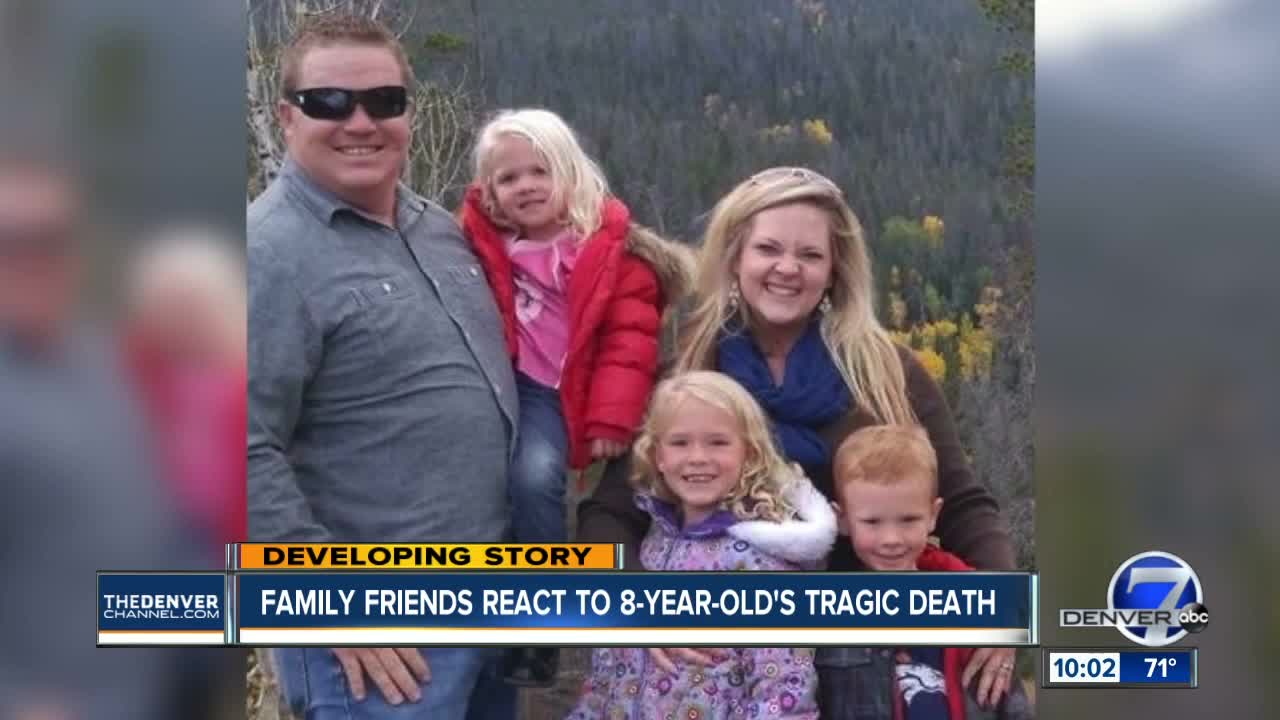 WINDSOR, Colo. — A boy died after he was hit by a float at Monday's Windsor Harvest Festival Parade, authorities confirm.

The parade was immediately canceled as emergency personnel treated and transported the minor and his parents to a hospital, according to a statement from the town of Windsor. He died shortly afterward.

“The child and family are in our hearts right now," said Windsor Police Chief Rick Klimek. "Windsor is a small, tight-knit community and we hope to protect the family’s privacy as they grieve the loss of their child."

"The Windsor Harvest Festival extends their sympathies to the family," the festival said in a news release.

The boy was a participant in a parade float.

A GoFundMe page started by the company for which the boy's father works identified the boy as 8-year-old Brycen Zerby. The page had already raised more than $33,000 as of Monday evening. A spokesperson for the company, Clear Water Products, said the family was aware of the fundraiser page.

“That family would give you the shirt off their back, so I mean it being raised that fast doesn’t surprise me. I mean they’re just good people to be around,” Jared Glass said.

Glass works at Clear Water alongside the boy’s father and lived across the street from the family for two years.

“Wanted to be like his dad,” Glass said of Brycen. “Loved the outdoors, fishing, hunting. Just an all American boy really.”

Generations Church confirmed in a statement that the boy who died attended the church.

"The son of one of our families from Generations Church was involved in a tragic accident while serving at the Windsor Day Parade," the church said. "Our concentration, prayers and time are being given to the family, grieving their loss, and ours. Future outreach events are on hold, while we do that well, and until we can move forward with unity and wisdom. We and the family covet your prayers and support."

At 10:27 a.m., authorities received a call about an incident involving a minor and a float, said Todd Vess with Windsor Severance Fire Rescue.

Bobby Rice, a witness, said the boy was hit by the float near the intersection of 7th Street and Chestnut Street.

Vess said the minor was transported to UCHealth Medical Center of the Rockies.

The float belonged to a local church, Rice said. The driver stopped when he heard screaming.

Chopper footage over the scene showed authorities walking around a truck that had been pulling a portable billboard that had the logo for Generations Church. The church, which is based in Greeley, is opening up a second location in Windsor Sept. 23, according to its website .