COSTILLA COUNTY — Mark Ambrose has seen it plenty of times before, but the sights still sadden him: piles of ash, burned pieces of metal and blackened trees as far as the eye can see.

Ambrose and his volunteers with Team Rubicon have responded to a variety of different disasters, but on July 6, they focused their efforts on the Forbes Park area, which is heavily damaged by the Spring Fire in Costilla County.

Team Rubicon, founded in 2010, is a nonprofit that combines the skills and experiences of military veterans with first responders to deploy emergency response teams. Teams around the country respond to tornados, hurricanes, earthquakes and wildfires like the Spring Fire, which grew to more than 100,000 acres and destroyed more than 100 homes in southern Colorado. A man faces 141 arson charges in connection to the fire. 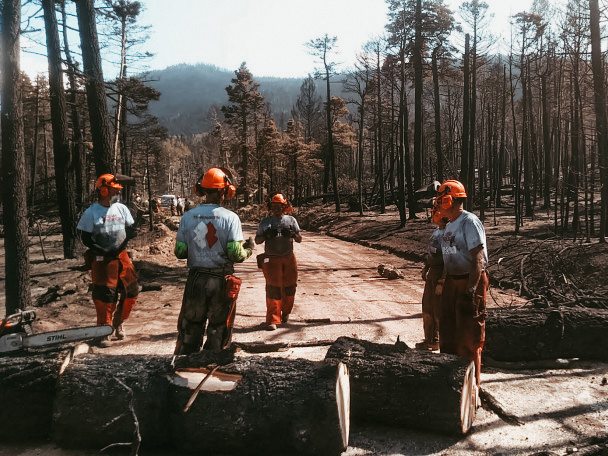 “Initially we were called in to help the county with road clearing and route clearance — helping to clear the roads of debris so homeowners and first responders can easily get in and out of these affected areas,” Ambrose said. “Since the fire has been contained on this side of the county, we have moved into debris management and damage assessment. We are now going and speaking with homeowners and seeing if they need any assistance.”

Each day, the team has had 15 to 25 volunteers from around the state — Denver, Colorado Springs, Fort Collins, Boulder and more — offering their help moving heavy metal objects, putting debris on the side of the road for trash pick-up and felling trees that are a hazard to homes or passersby. 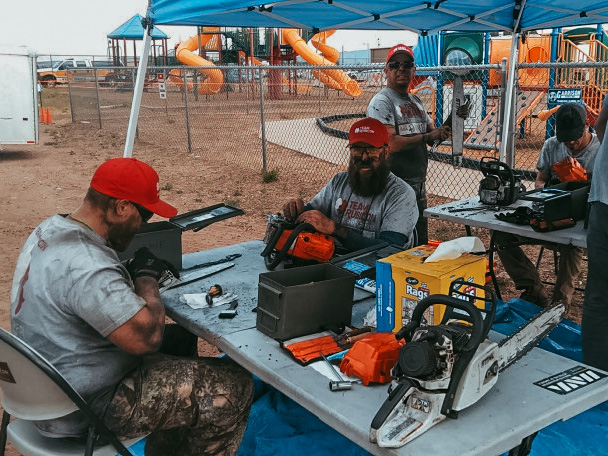 Ambrose, who calls Colorado Springs home, said there is a lot of sadness in the area.

“A lot of folks lost their primary residences,” he said. “Some elderly folks who worked all their lives so they could have their dream cabin in the woods just had it taken away. As you drive down the road, you look to the left and the right and it’s just piles of ash.”

Team Rubicon offers help for those affected by the fires. Many homeowners don’t know where to turn after calling their insurance companies, he said.

“We’re that bit of help they didn’t know existed,” he said. “A lot of people cannot believe the services we offer and the that work we do is absolutely free of charge… It gives them a place to begin again. It gives them a place where they can start. Because they don’t know. They’re looking at a pile of ash. They’re looking at their entire lives in a burn pit, essentially. They don’t know what to do.”

When Team Rubicon gets on the scene of these disasters, they shake hands and talk with those directly affected by it, and help them move toward a place of healing, he said.

“We’re there to be the best part of their worst day,” he said.

“(Veterans) have the leadership skills, they have been accustomed to living and working in austere and, at times, destructive environments,” he said. “To them, they don’t see the destruction around them. What they see is the opportunity to work and help someone else. This is something that a lot of us have been accustomed to for years and years and years on end. And being out here is just another day of good old-fashioned hard work and helping someone in need.” 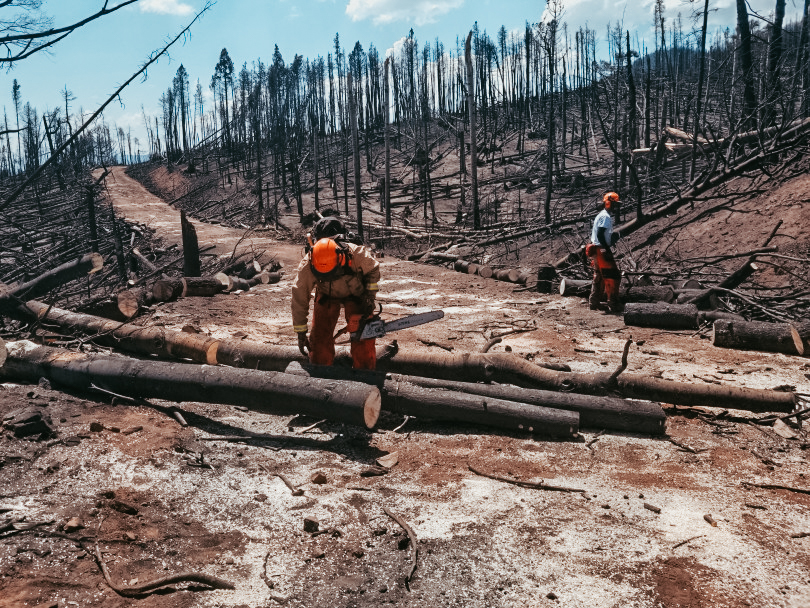 Rebuilding is the at the core of Team Rubicon, Ambrose said.

“We’re going to respond as best we can,” he said. “We saw this community was in need. It being so remote and so rural, not many other organizations were even going to think about coming down here.”

Both veterans and non-veterans are welcome to join Team Rubicon efforts. To learn more, click here.