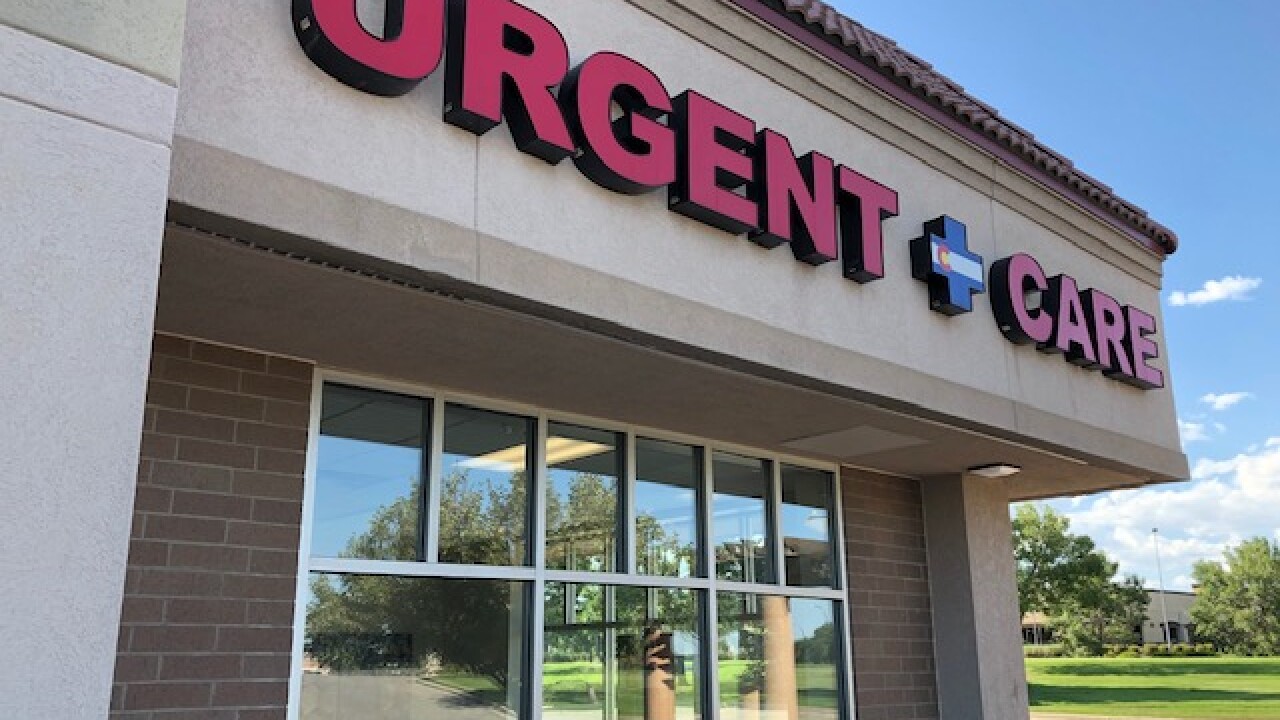 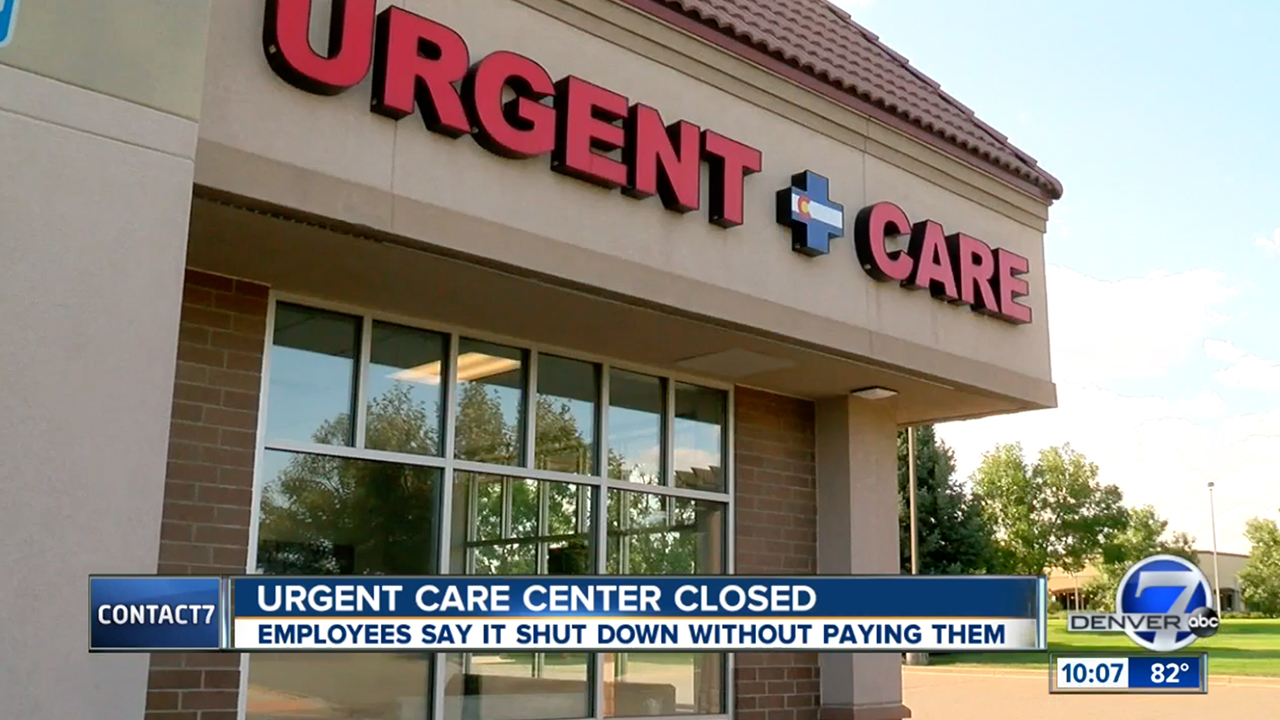 DENVER — Colorado Department of Labor & Employment officials are investigating a chain of urgent care clinics that abruptly closed Aug. 1 and still owed employees their salaries and landlords their rent.

"It's a shock," said Laurie Day-Martinez, one of 65 employees who suddenly found themselves without a job. "This whole thing has been like a death in the family."

Day-Martinez, the former area practice manager, told Contact 7 there were telltale signs of financial troubles back in April, when the company suddenly stopped providing pay stubs.

"We started learning that 401k contributions had not been made, even though they’d been taken out of paychecks," she said.

She said it was the same with taxes and, for some employees, with child support.

She said one employee had child support payments withheld from his paycheck.

The money was supposed to go to the county.

"We learned that that wasn't happening, and he was going to be arrested for that," she said.

Other bills were apparently piling up.

A notice, posted Aug. 15, on the front door of the clinic at 9960 Wadsworth Parkway in Westminster, gave the company three days to pay $71,593.67 in rent, late fees, interest, attorney's fees and costs.

A notice posted on the door of the Broomfield clinic, at 3950 W. 144th Avenue, stated, "This is your last warning to move on your own."

At one time, Metro Urgent Care operated 14 clinics along the Front Range. Half of them closed earlier this year and the remaining seven closed at the end of the day on Aug. 1.

Some former employees say they haven't been paid.

Sara Jaurigui said the company owes her more than $7,200 in salary, PTO, unpaid mileage and July insurance premiums that were deducted but not paid.

She said she sent the demand for payment on Aug. 3, but did not receive a reply.

Denver7 tried to contact the owner Brendon Lochert in Phoenix. The call went directly to voicemail, which said his mailbox was full.

Lochert sent an email to employees blaming the closures on "unforeseen circumstances."

He signed off saying, "With all my condolences, a heavy heart and tears in my eyes."

Day-Martinez told Contact 7 that it's "cruel and evil" that the company kept money belonging to others.

She said it's not just employees who have been victimized. Patients have too.

"They won’t know what their blood results are, they wont know if there is something devastating wrong with them, they’re not going to hear back from a provider," she said.

Day-Martinez added that if a patient comes back to one of the clinics, "they'll come back to a locked door."